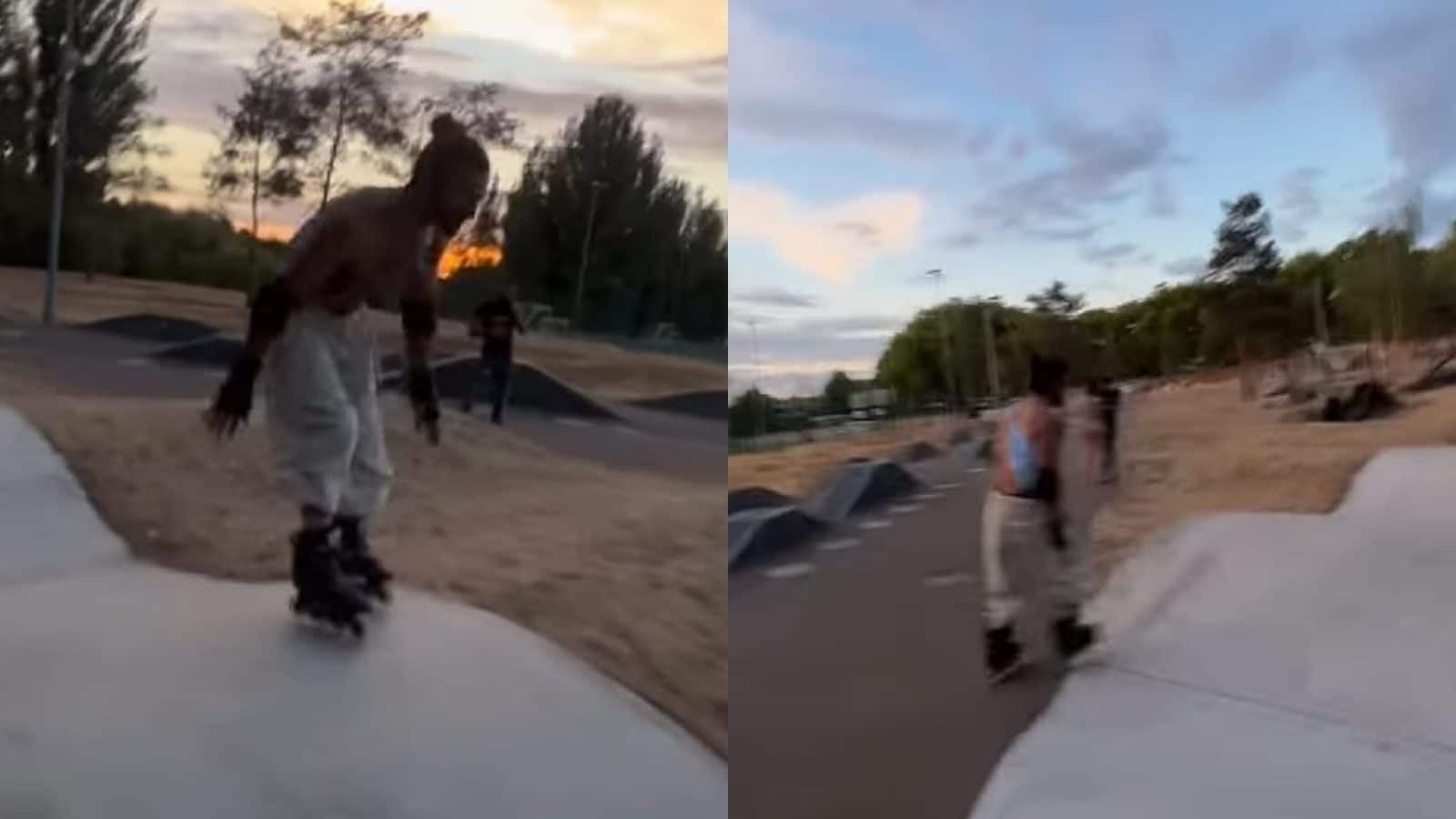 In the clip, initially, Vidyut Jammwal is drifting through the obstacles that were on his way. He almost nailed his lap until a boy crossed the ramp running.

Nothing can stop Vidyut Jammwal from trying his hand at new sports activities. The well-trained actor in martial arts recently tried rollerblading on a wavy cement ramp. A few hours back, the Commando actor took to his Instagram and shared a video, in which he is seen rollerblading on an ‘ocean wave’ like cement ramp. In the clip, initially, Vidyut is drifting through the obstacles that were on his way. He almost nailed his lap until a boy crossed the ramp running. The actor lost his balance and fell after the collision with the boy. By the end of the video, Vidyut can be seen getting up and approaching the boy to check on him.

Sharing the video, the actor wrote: “Roller blading… Waves in the ocean.” He further hilariously added, “Do try this with kids around.” He also thanked his friend for sharing the video with him. “Thank you Ben for this video.”

Vidyut also mentioned a saying from one of the ancient martial art, Kalaripayattu, “Those who have fallen will know how to lift.”

Here take a look at the video:

After watching the actor’s clip, his fans flooded the comments section with red heart emoji and fire emojis. One of his fans commented, “Amazing sir,” while another fan showed concern and wrote, “Are you fine, sir?”