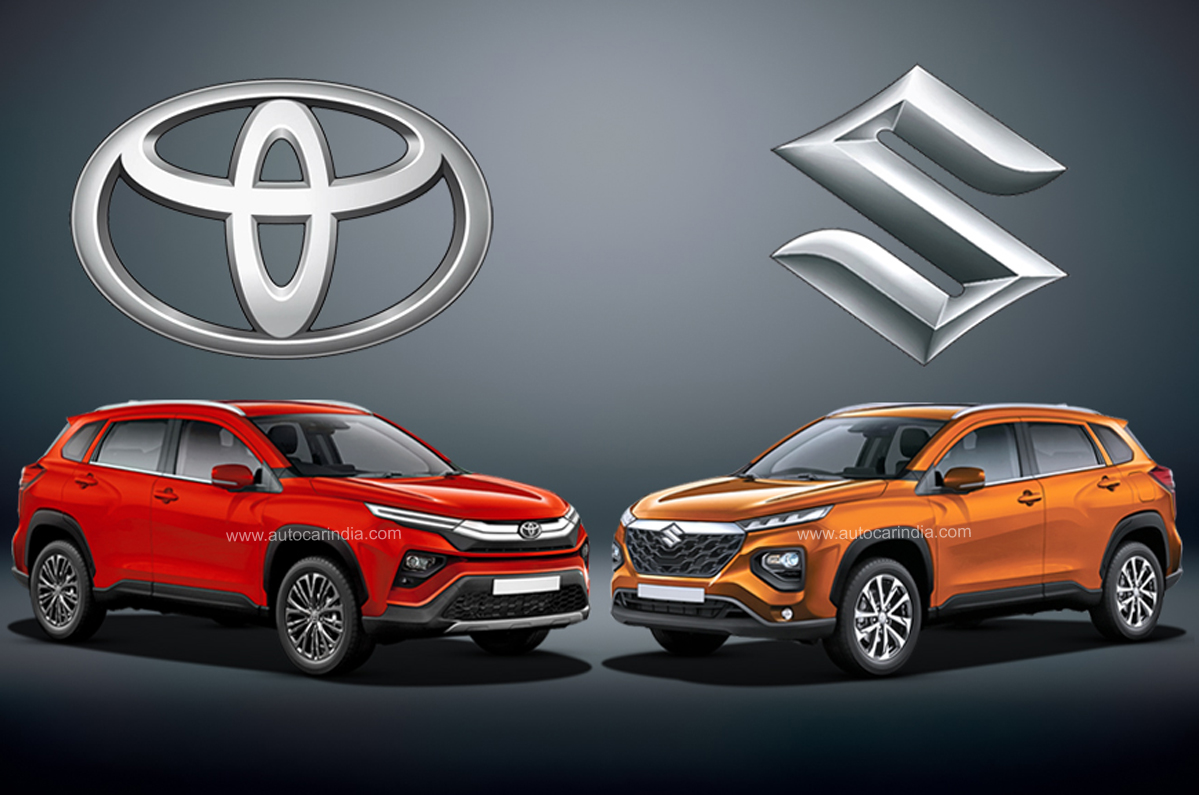 Maruti Suzuki and Toyota have confirmed that production will begin at latter’s Karnataka plant in August.

The Toyota-Maruti Suzuki alliance that was formed back in 2017 is now ready to take its next big step in India. The brands have announced that the two midsize SUVs they’re jointly working on will have electrified petrol powertrains, with mild-hybrid tech supplied from Maruti Suzuki and a fully-hybrid (strong hybrid in Toyota speak) from Toyota.

We can confirm that the SUVs will be powered by 1.5-litre K15C petrol engines from Maruti Suzuki with lower variants getting the mild-hybrid versions, while higher versions get the full-hybrid set-up.

We have been reporting details about these jointly developed SUVs for quite some time on both our website and magazine (April 2022 issue).

Toyota’s version of this new SUV will be called the Urban Cruiser Hyryder and see a global debut on July 1, 2022, while its Maruti Suzuki counterpart is expected to be unveiled later that month. The upcoming SUVs will be positioned in the hotly contested midsize SUV segment that includes heavyweights like the Hyundai Creta and the Kia Seltos, along with the Volkswagen group’s India 2.0 models – the Skoda Kushaq and the VW Taigun.

Confirming our previous story from April, both brands have now announced that these SUVs will be built by Toyota from August at its Bidadi plant number 2. Toyota’s version of the midsize SUV, the Urban Cruiser Hyryder, is expected to go on sale by late August, followed by its Maruti Suzuki counterpart.

These SUVs will be sold in India and will also be exported to markets like Africa where Toyota-branded Maruti Suzuki models like the Urban Cruiser and Starlet (Glanza for India) are already on sale.

Both models will be five-seat SUVs and come loaded with features and safety equipment similar to the ones seen on the newer Toyota-Maruti Suzuki models including the Baleno, Glanza and the upcoming Brezza that will go on sale on June 30, 2022 in India.