More
HomeEntertainmentArjun Kapoor-Malaika Arora Snapped At Airport As They Leave For Vacation Ahead...
Entertainment 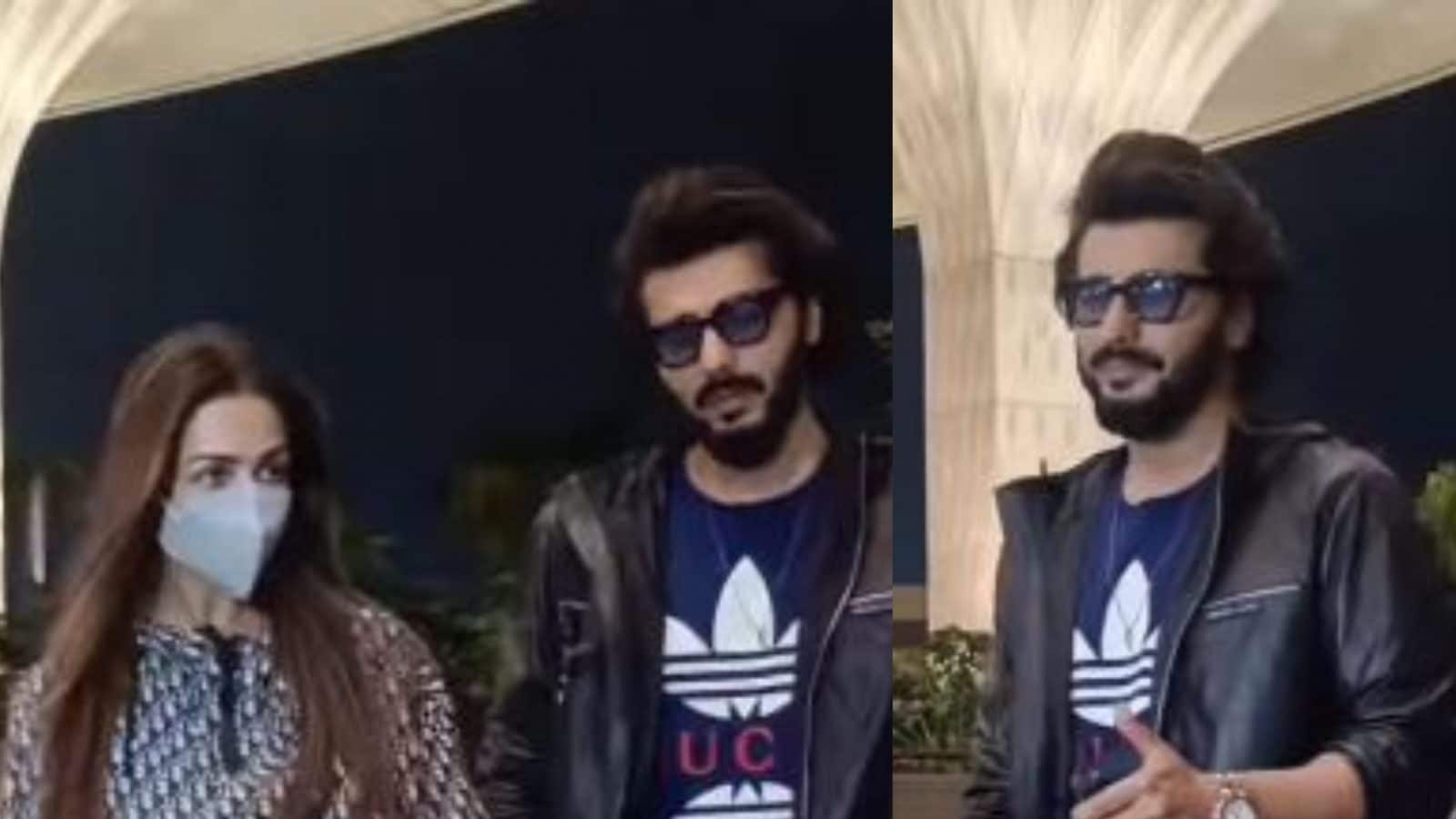 Arjun Kapoor and Malaika Arora Jet Off To An Undisclosed Location (Photo: Instagram)

Earlier on Thursday, Malaika had also sent an early birthday gift to Arjun Kapoor. A picture of the same was shared on social media by the Bhoot Police actor.

Arjun Kapoor and Malaika Arora have been dating each other for quite some time now. From dinner dates to attending events, the two are often spotted together. On Thursday night, Arjun and Malaika were snapped at the airport by the paparazzi as they jet off to an undisclosed location to celebrate the former’s birthday. Arjun Kapoor will turn a year older on June 26.

In the video that has been shared on social media, Arjun and Malaika can be seen stepping out of their respective cars as they pose for the paparazzi. Arjun looked dapper as he wore a blue t-shirt with a black jacket. He paired it with black denim and shoes. On the other hand, Malaika looked gorgeous in a short dress and boots. He was also holding a handbag. Needless to say, the two looked absolutely stunning!

Earlier in the day, Malaika had also sent an early birthday gift to her beau. Arjun then took to social media and shared a picture of the same. “72 hours prior she makes sure she reminds you it’s ur bday weekend,” he wrote in the caption.

Malaika Arora has been dating actor Arjun Kapoor for a while now. They made their relationship official in 2019. Recently, the rumours of Malaika and Arjun planning to get married soon also surfaced. However, Arjun reacted to it in a cryptic way and dropped a note on his Instagram stories where he talked about how others seem to know more about his life than he does. “Love how everyone seems to know more about my life than I do,” he wrote.

On the work front, Arjun Kapoor was last seen in Bhoot Police. He will be next seen in Ek Villain Returns which also stars John Abraham, Aditya Roy Kapoor, Disha Patani and Tara Sutaria. The film will hit theatres on July 29.