Like previous editions, this year’s Economic Times Startup Awards ceremony, held in Bengaluru on Saturday night, served to facilitate dialogue between policymakers and the startup community.

Several hot-button issues were discussed on the sidelines of the ceremony, which featured a panel discussion and speeches by union ministers Piyush Goyal and Ashwini Vaishnaw, and Karnataka chief minister Basavaraj Bommai. Here’s a roundup of all that happened at India’s most prestigious startup awards night.

Indian startups with strong unit economics will fare better than their overseas counterparts amid global economic turmoil, according to founders, investors and policymakers at the eighth edition of The Economic Times Startup Awards, India’s most coveted accolade for entrepreneurial excellence.

Despite the headwinds pummeling markets worldwide, India has emerged as a bright spot compared to developed economies such as the United States and Europe, they said.

Guests of honour: At the elite gathering of over 350 guests drawn from across the country’s vibrant startup and business community, the guests of honour Piyush Goyal, minister for commerce and industry, consumer affairs, textiles and food & public distribution; Ashwini Vaishnaw, minister for railways, communications, electronics and information technology; and Karnataka chief minister Basavaraj Bommai, presented awards to winners at a grand ceremony in Bengaluru on Saturday.

Winners: Online payments firm Razorpay won the prestigious Startup of the Year award, with an all-star jury picking the Bengaluru startup on the strength of its technology and product stack, and its potential to take some of its business global.

Other winners this year included Falguni Nayar, founder and CEO of Nykaa, who bagged the new CEO of the Year award. Shekhar Kirani, partner, Accel, won the Midas Touch Award for Best Investor.

Enabling dialogue: The event also witnessed potential collaborations between the government and startups from a policy point of view. Kunal Bahl, cofounder and CEO of ecommerce marketplace Snapdeal, said, “I spoke with minister Goyal and we discussed pushing exports to markets like the UAE, Australia from Mensa Brands perspective and how it can help create more jobs.”

At the ET Startup Awards, a panel that comprised top names from India’s startup and tech brigade discussed how new-age firms are navigating the current downturn and addressing issues such as growth versus profitability.

Here are some edited excerpts:

How do you balance growth and profitability? Will focus on profitability over growth impact valuations and overall what do investors think about it?

Jain: I do not think profitability and growth should be two sides of a coin. There are ways to grow profitably as well. I think the problem happens when you try to hyper-grow when your unit economics are not in place.

Did you anticipate this kind of a downturn? Or would you have done things a little differently in 2021?

Krishnamurthy: We absolutely anticipated this. In 2021, companies saw a spike in valuation of two times to six times with some underlying assumptions for the next two to three years. I think very quickly it was clear that those assumptions are not going to play out, whether it is on growth or profitability.

It is going to be tough next year. I think a lot of people will hit the market (for fundraising) between April and June. 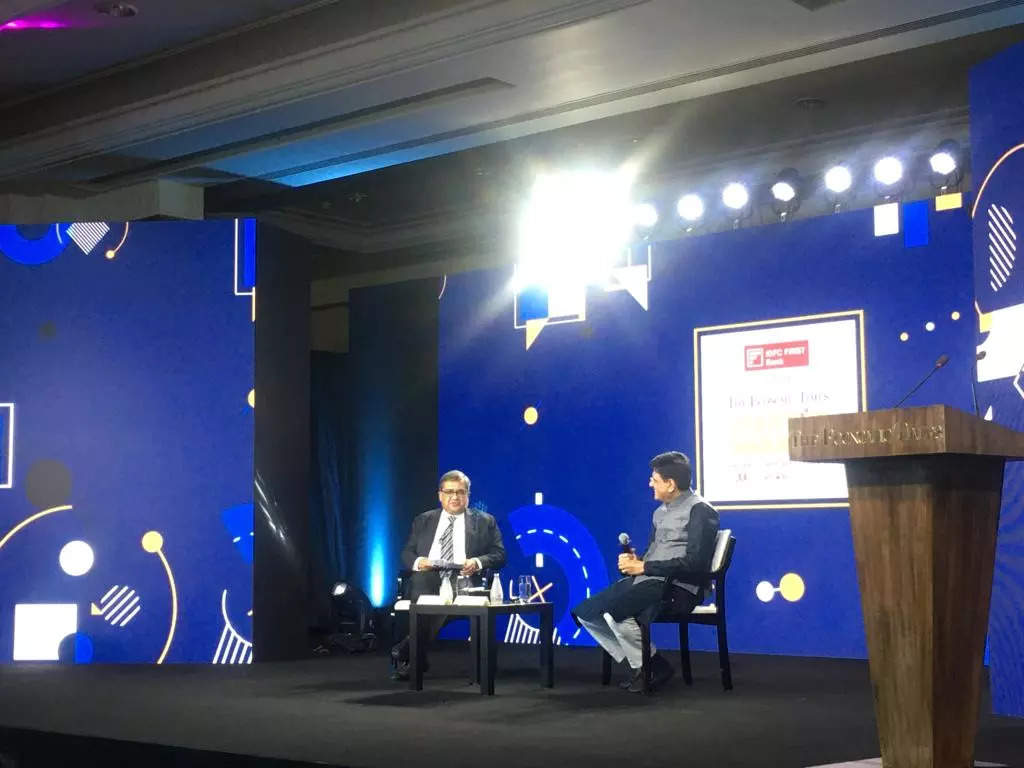 The Economic Times executive editor Bodhisatva Ganguli (left) in conversation with minister for commerce and industry, consumer affairs, textiles and food & public distribution Piyush GoyalCommerce and industry minister Piyush Goyal said the “entire world” wants to enter into free trade agreements (FTAs) or economic partnerships with India, which is a bright spot in the global economy despite the Covid-19 pandemic and the worrying global geopolitical situation.

With a growth delta of $32 trillion in the next 25 years, India is in a sweet spot, he said at the ET Startup Awards in Bengaluru on Saturday. The difficulties the world is facing have thrown up vast opportunities for India.

“Literally the entire world today wants to enter into an arrangement, free trade agreement, or an economic partnership with India,” Goyal said at the awards ceremony.

Free-trade talks: India has already inked trade pacts with Mauritius, the UAE and Australia in recent years, and is in talks with the UK, European Union and Canada. Goya said: “The UK was very keen to close the free trade agreement by Diwali but we are all aware of the political turmoil in that country over the last three, four months, which held them back”.

Goyal said that three rounds of talks have taken place with the European Union. India is also in talks with Canada for a free trade pact. Minister of railways, communications and electronics & information technology Ashwini VaishnawIndia plays an important role in the global digital data processing ecosystem and should take advantage of this strength by not isolating itself with provisions that restrict cross-border data flow, IT and electronics minister Ashwini Vaishnaw said.

The Centre will also approve at least two semiconductor fab proposals in the next two months, Vaishnaw said at the ET Startup Awards 2022.

He said the incentive approval in January would pave the way for the manufacture of fabs in India, a significant move forward under the government’s $10 billion programme to seed a semiconductor ecosystem in the country.

Data storage and processing: Answering a question on the provision of data transfer to trusted geographies, Vaishnaw said that the “digital economy doesn’t have a customs border, and it is seamless”. India plays an important role when it comes to data processing in the global digital landscape and should take advantage of this, he said.

Under the latest draft of India’s data protection bill, released on Friday, digital data of Indian users can be stored in “trusted jurisdictions”, which will be defined from time to time by the government. According to the previous draft, the data had to be stored in India.

ETSA 2022 | Bengaluru should have 10 decacorns next year: CM Bommai 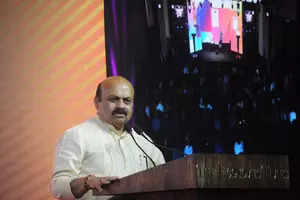 India’s startup capital Bengaluru should have 10 decacorns – companies valued at $10 billion and above – by next year as entrepreneurs and policymakers accelerate value creation to achieve the state government’s target of contributing $1 trillion to the country’s economy by 2025, Karnataka chief minister Basavaraj Bommai said the ET Startup Awards.

Bengaluru has been front and centre of the country’s technology driven startup ecosystem, evident in the evolution of multi-billion dollar enterprises such as Razorpay and Flipkart.

Next steps? The step forward, Bommai said, would be to be the frontrunner in science and technology efforts, aim at building $10 billion valuation startups, and capture the market in areas where there has been a surge in value creation through services, such as fintech.

“I have given a target to my people (entrepreneurs and policymakers). I want Bengaluru to be No. 1 in science and technology, startups, and also become the financial capital of India,” Bommai said. 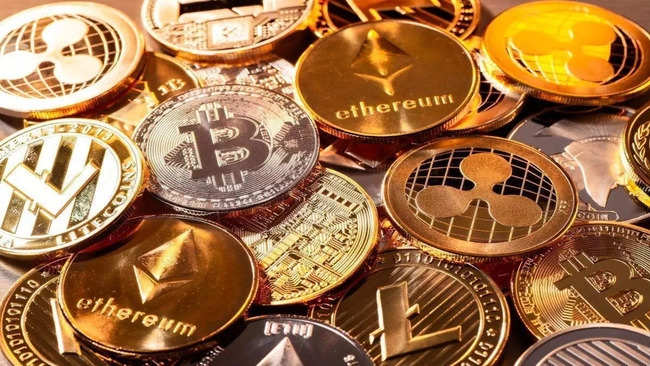 Indian crypto startups seek to reassure users: Indian crypto startups involved in crypto asset management, bitcoin stacking and wallet management solutions said they have systems and protocols in place to make sure that no FTX-like situation arises with their users. As the FTX contagion continues to reverberate across the crypto ecosystem, investors have been worried about the transparency, reserve levels, security and internal controls followed by crypto companies.

Ensuring safety of women delivery executives the next big gig for Zomato, Swiggy, others: As more women join the last-mile delivery workforce, ecommerce and logistics companies are tweaking their anti-sexual harassment policies to protect the fleet of their female delivery personnel from potential harassment by customers, male colleagues and vendor partners.

Legal tech firms step in to resolve prolonged disputes: The government is the largest litigator, contributing to over 46% of all legal disputes in the country, according to an analysis by its own policy think tank Niti Aayog. This has put a tremendous burden on courts and imposed a prohibitive cost on the public exchequer. But enterprises are not too far behind on litigation.

Accenture’s Rekha Menon on sustainability: Sustainability is where digital was a few years ago, and in a few years, it would be unthinkable for a company not to have ESG (environmental, social and governance) goals at the core of what they do, said Rekha Menon, chairperson and senior managing director, Accenture India.