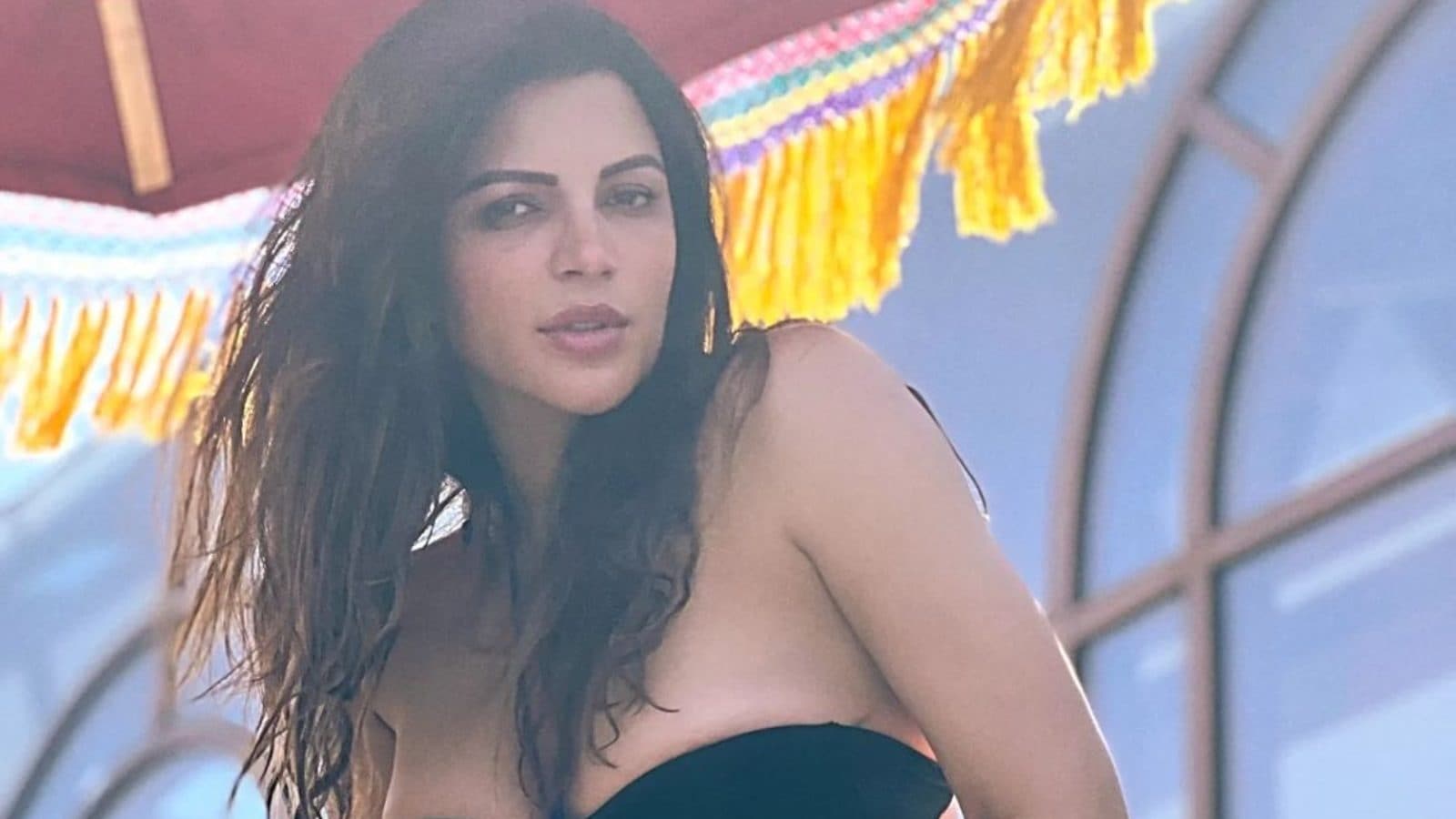 
Actress Shama Sikander is one of the most active celebrities on social media. She often blesses our feeds with her sizzling pictures and on Saturday, she dropped a hot photo of herself posing in a sexy black and blue monokini. The actress flaunted her curves in the stunning monokini as she kicked off her weekend with a poo; party.

In the picture, Shama Sikander is seen posing for the lens with her luscious locks open. The TV star looked super hot as she shared a glimpse of a pool party. The actress is seen posing under the shade of an umbrella outside the hotel near the pool. The actress seemed to have taken a dip out of pool, post which she posed for the photograph.

Check out her pic here:

This isn’t the first time the actress soared the temperature with her stunning bikini picture. Earlier, she dropped a video of herself while dancing in a pink bikini. The clip is from her holiday in Greece. In the video, we can see Shama dancing into the weekend in a pink bikini with her hair tied in a messy high bun, and white-rimmed sunshades on.

On the video, she wrote a caption that read, “When I’m with nature” Fans flooded the comment section with heart-eye and love emojis. While one fan wrote, ‘Gorgeous,’ another one commented, ‘Omg.’ A third fan wrote, ‘Wow so beautiful and Hott.’

Speaking about her professional life, Shama Sikander has featured in several Bollywood films such as ‘Prem Aggan’ and ‘Mann’. She was seen in a supporting role in ‘Ansh: The Deadly Part’. Shama Sikander was seen in ‘Dhoom Dhadaka’ and later in ‘Shunyaa’, ‘Seven’.

Shama played the lead antagonist in ‘Baal Veer’. She was last seen in Neil Nitin Mukesh starrer ‘Bypass Road’ in 2019.