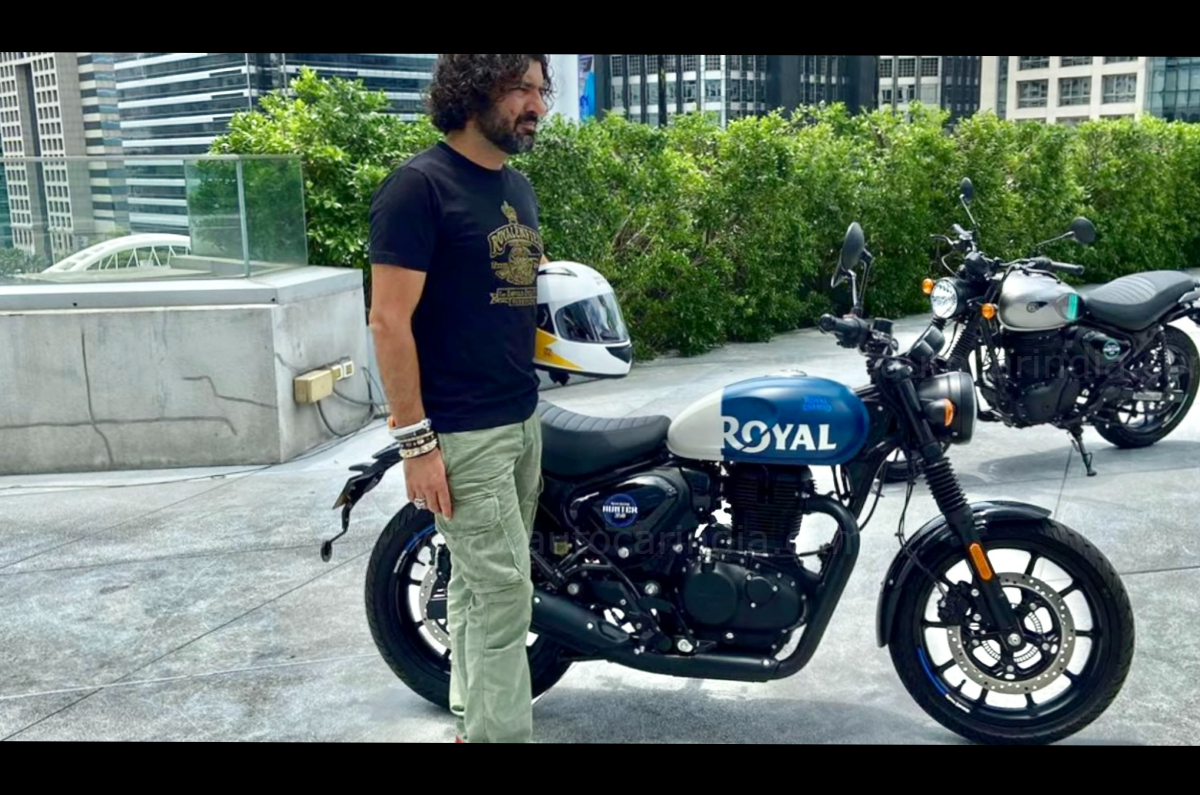 Hot on the back of the first official images showing the Royal Enfield Hunter 350, yet another picture of the upcoming bike has leaked online, and it reveals a few more details of the bike. The Hunter 350’s launch has been scheduled for August 7.

One thing that’s apparent here is the riding position, which is relatively sportier than something like the Classic 350 – the footpegs seem a little more rearset and the handlebar doesn’t seem to be placed as close to the rider. The absence of a heel-shifter also points towards a slightly sportier intent than the other 350cc models in RE’s stable.

But at the same time, there are also a number of clues that RE is aiming for a wider audience with this bike. Recent homologation documents show that the Hunter will weigh a good deal less than its siblings, and it also appears visibly more compact. Throw in the slightly scooped-out seat, and you can see that RE is aiming for easy accessibility with the Hunter.

Both bikes in the image sport dual-tone paint schemes (the silver/black scheme on the bike in the back is being seen for the first time), and roll on alloy wheels, and since these are the versions being used by RE for its official shoots, it leads us to believe that these will most likely be the range-topping variants.

We also see that both bikes shown here get the Tripper navigation pod. However, this will most likely be an optional extra, since RE stopped offering it as standard fitment on all its models, owing to the semiconductor shortage.

We have previously also spotted other variants of the bike, equipped with wire-spoke wheels, a rear drum brake and rectangular turn indicators. It will be interesting to see how many versions the Hunter is offered in.

Other noteworthy aspects include the fact that both bikes seem to be equipped with a main stand, and the rear reflector seems to be quite awkwardly placed, jutting out quite far at the rear of the bike.

Watch this space for more developments.