More
HomeEntertainmentPriyanka Chopra Looks Like a Bomb As She Poses For Pics Back...
Entertainment

Priyanka Chopra Looks Like a Bomb As She Poses For Pics Back In Mumbai, Nick Jonas Is All Hearts 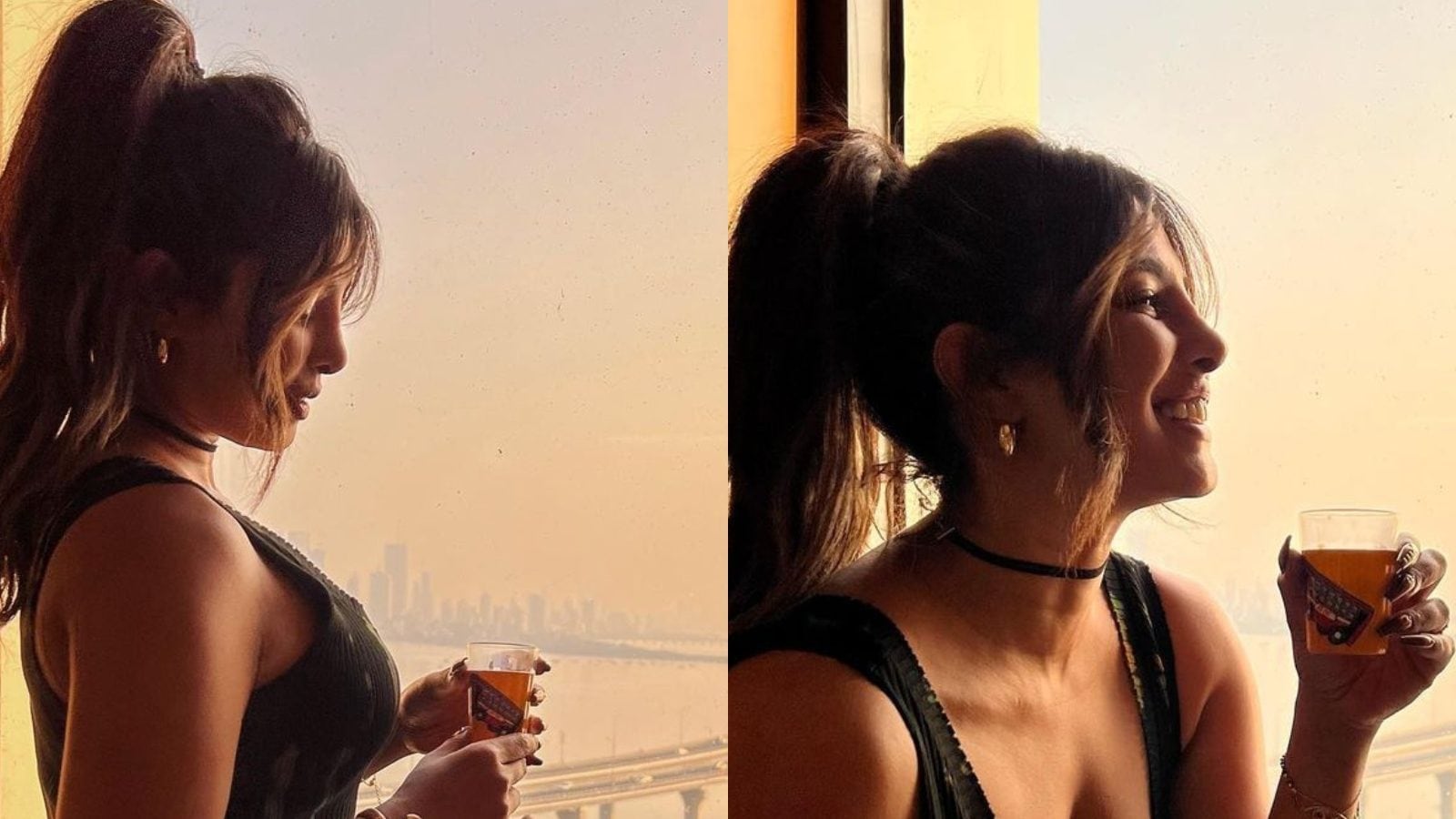 
Priyanka Chopra is a global diva. The desi girl has been winning our hearts with her outstanding acting skills, groovy dance moves, and glamorous looks. Apart from her professional endeavours, on her personal front, she tied the knot with the love of her life and Hollywood singer Nick Jonas, and now the lovely couple has become parents to a beautiful daughter named Malti. Not only in India, but Priyanka has also worked her way in Hollywood and got featured in many movies and series. Now, Priyanka Chopra Jonas has finally touched down in India after 3 long years, and she is making the most of her time in the city.

On Tuesday, Priyanka took to Instagram to post a couple of stunning pictures as she enjoyed a majestic sea link view from the hotel window she is staying at. The actress looked bombshell as she posed for the mesmerising pictures and we can’t get over them. In the pics, Priyanka is seen holding a drink in her hand, as she donned stylish tank top and matching pants. The actress tied her hair in a high pony with some of her luscious locks left in wavy curls. The actress looks happy as she enjoyed her time back at home.

Taking to the captions, she wrote, “Home. Looking forward to the next few days… @anomalyhaircare @mynykaa @unicefindia.”

Soon after the pics were shared, Priyanka’s hubby took to the comments section to drop a heart-shaped eyes emoticon.

Bipasha Basu too reacted and wrote, “❤️.” At the same time, a fan commented, “Bomb,” and another fan wrote, “Wow.”

Priyanka Chopra waved at the photographers and greeted them with a big smile on her face. The actress even got mobbed while she was heading to her car. Priyanka looked stylish in a comfy blue co-ord set. She kept her hair open and completed her look with a handbag and uber-cool white sneakers. Priyanka landed in Mumbai in the wee hours of Tuesday morning. The actress flashed a million-dollar smile as she stepped out of Mumbai’s Terminal 2, where paparazzi were stationed to catch a glimpse of the global icon.

Priyanka loved her stay so much so that the actress shared a glimpse of the view from her hotel’s window.

Later, Priyanka shared a series of stories on her Instagram account from her Mumbai home wherein she revealed that she was bingeing on lots and lots of Cheetos and Karan Johar’s popular chat show Koffee With Karan because she was “jetlagged”. 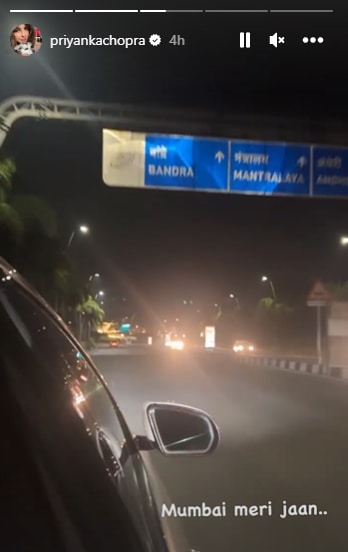 Priyanka moved to Los Angeles after her wedding but frequently visited India. However, owing to the Covid-19 pandemic and her busy international schedule, Priyanka couldn’t make the time to visit India. In the past three years, Priyanka spent most of her time in her home in LA before she was stationed in the UK where she was shooting for her projects — Text For You and Citadel.

On the work front, Priyanka was last seen in The Matrix Resurrections, starring Keanu Reeves in the lead. Priyanka has a number of projects in the pipeline, including Text For You, Citadel, Jee Le Zaraa, It’s All Coming Back to Me and Ending Things.