Poco C50 launch in India later this month: Here’s what to expect 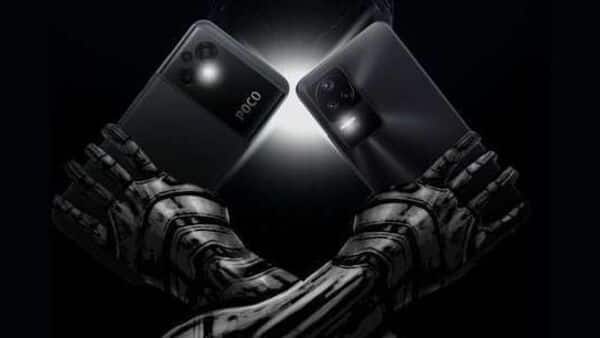 Poco C50 is coming to India soon, the company has confirmed. While it has not revealed the exact launch date yet, Poco India says that the smartphone will debut in the country in the last week of November. As teased by the company, Poco C50 will have a “stellar camera performance, immersive multimedia experience, long battery life with a sleek design and much more.”

According to a previous report, Poco C50 has been spotted on the IMEI database. According to a report by Xiaomiui, the Poco C50 was listed with the model number 220733SPI. The report also hinted that the handset could be a rebranded version of the Redmi A1+ with a different camera setup.

Poco has not revealed any specifications of the upcoming phone. If rumors are to be believed, the device may offer similar specs as the Poco C40 that was launched globally earlier this year. The device, however, did not launch in India. Himanshu Tandon – head of Poco India then said that Poco C40 would not be launched in India as the company is transitioning to 5 series instead.

For those unaware, Poco C40 comes with a 6.71-inch display that offers a HD+ resolution. The phone’s screen comes with a layer of Corning Gorilla Glass on the top for protection. The device comes powered by JLQ JR510 octa-core processor. The upcoming Poco C50 may come powered by either a Snapdragon or MediaTek chipset.

The handset packs up to 4GB of RAM and comes with an internal storage capacity of 64GB. The phone comes with a microSD card slot to expand the storage up to 1TB. On the camera front, Poco C40 features a dual camera setup on the back. There is a 13MP main camera paired with a 2MP depth sensor.

At the front, the smartphone comes with a 5MP camera for selfies. The Poco C40 houses a big 6,000mAh battery and comes with 18W fast charging adapter.