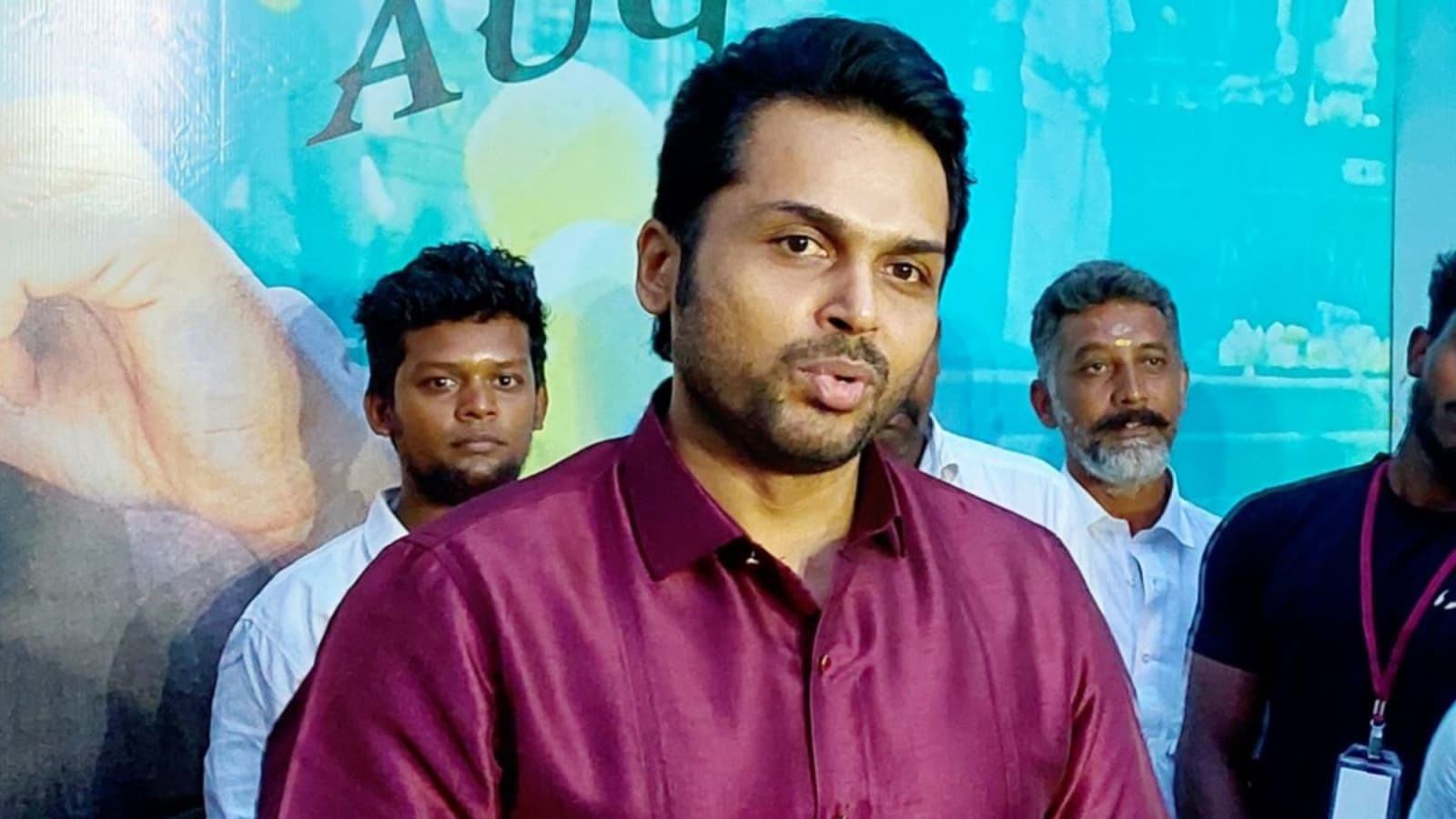 
A grand event was held in Madurai’s Raja Muthiah Mandram, on Wednesday, August 3, to launch the music and trailer of Tamil star Karthi’s upcoming movie Viruman. The film is helmed by famous director Shankar. Aditi, Shankar’s daughter, makes her debut with this M Muthiah production. One of Tamil film industry’s most successful sibling duo, Suriya and Karthi attended the audio and trailer launch event. They looked handsome as ever in traditional attires. Karthi even shared a monochrome picture of the two brothers twinning in their traditional attire.

Speaking at the event, Karthi said, “Madurai is special. The chivalry, affection and fun in this place are unique and that is why we have shot the film here. The
special thing is that the audio release of a film based on Madurai is happening
in Madurai.”

He also spoke about the recent I-T raids at the premises of top Tamil film
producers including Shakthivel, the distributors of Viruman. “I-T raids on film
producers are common. It happens once every three years. There does not appear to be any political motive behind it. Raids on Tamil film industry only become big news,” he said.

Films that 2D Entertainment has funded and purchased are distributed by Shakthivel. A team of seven members of the I-T department raided the company’s office at around 5am on August 3. The I-T sleuths also conducted raids at different premises in Madurai and Chennai belonging to top film producers including Kalaipuli S Thanu, Gnanavel Raja, S R Prabhu and Anbu Chezhiyan.

Billed as a family drama, the cast of Viruman also includes actors Prakash Raj, Karunas, Saranya Ponvannan, Rajkiran and Soori in pivotal roles. The film’s initial release date was slated for August 31. However, they moved the premiere date to August 12 to avoid a conflict with Mysskin’s Pisasu 2.