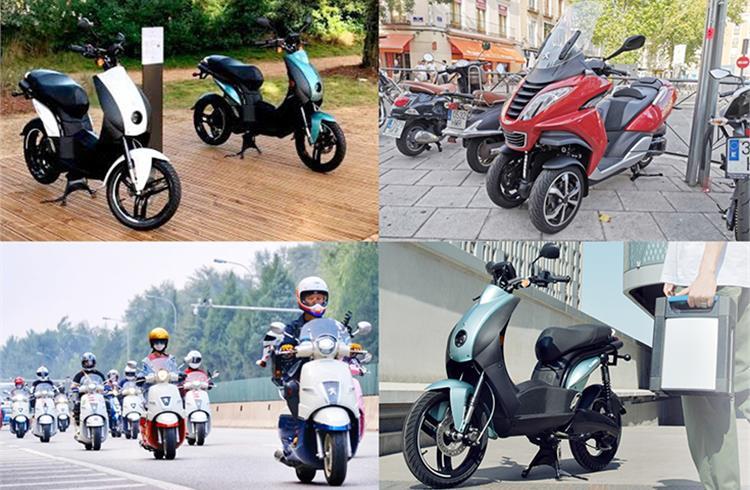 Despite the sale, Mahindra will remain co-shareholder for the coming years.

As part of its effort to divest from non-core businesses, Mahindra & Mahindra has announced that it has received an irrevocable binding offer from European private equity major Mutares SE & Co. to acquire 50 percent of equity and a controlling stake of 80 percent in Peugeot Motocycles (PMTC).

The move will help Mahindra exit its European two wheeler business – which it entered post acquiring 100 percent stake in Peugeot Motocycles from Groupe PSA in October 2019. In a statement, Mahindra said the transaction is expected to be completed in the first quarter of 2023 after consultation of the works councils and is subject to approval of the antitrust authorities. However, Mahindra will remain co-shareholder to support new product launches and the strong growth expected in the coming years.

Rajesh Jejurikar, Executive Director, Auto & Farm Sectors, M&M, said, “Our efforts are directed towards sustaining this French legacy brand that has been delighting customers for 124 years. With an established track-record of transforming companies across Europe, coupled with their expertise in the automotive business, Mutares is an ideal partner to strengthen and grow the brand with continuing support from M&M”.

Speaking about the deal, Johannes Laumann, CIO of Mutares, added, “This is Mutares’ thirteenth acquisition in 2022. Peugeot Motocycles is an internationally recognized brand built on a rich history as the world’s oldest manufacturer of motorized two-wheelers. We are very proud to be associated with the brand and I strongly believe that we will be able to leverage the true potential of the company based on our vast experience in the industry and strong operational team and together with our partner M&M. Furthermore, Peugeot Motocycles acts as an OEM and we see a huge potential of strong synergies arising within our Automotive & Mobility segment.”

Peugeot Motorcycles manufactures two and three-wheeler scooters which are distributed across 3,000 points of sale through subsidiaries, importers, and dealers in France and internationally, across three continents. Headquartered in Mandeure, France, Peugeot Motocycles generates revenues of approximately EUR 140 million.

The company has its own manufacturing facility in Mandeure, a joint venture with JNQQ (Jinan Qingqi Motorcycle Co., Ltd.) in China, as well as manufacturing partnerships with several large Asian players including THACO in Vietnam.

Would you have liked Mahindra to bring some Peugeot models down to India? Let us know in the comments.