More
HomeEntertainmentBefore Archana Gautam, Here are Other Celebs Who Were Ousted From Bigg...
Entertainment

Before Archana Gautam, Here are Other Celebs Who Were Ousted From Bigg Boss Due to Violence 
Locked inside the Bigg Boss house for more than 3 months with 15 strangers and 84 cameras, surviving on the controversial reality show is not an easy task. However, despite all odds, celebrities take up the challenge. Some contestants go ahead to win the show, while others lose the plot, get into fights and are dismissed from the show.

Bigg Boss 16 contestant and actor-politician Archana Gautam secured a place in fans’ hearts with her funny acts and straightforwardness. However, she has now been evicted from Salman Khan’s show. In her heated argument with Shiv Thakare, Archana couldn’t control herself from physically assaulting Shiv and tried to strangle him, which resulted in her eviction from the game.

Well, this isn’t the first time that a contestant has been ousted from the show due to violence. Here is a list of celebs who were shown the door because they broke the no-violence rule.

KRK hogged the limelight ever since he entered the Bigg Boss house. The actor also had a major showdown with other Bigg Boss inmates like television actor Bakhtiyaar Irani and comic Raju Shrivastav. However, it was his fight with designer Rohit Verma that led to his eviction. He was eliminated from the show after he hurled a bottle at Rohit Verma, hitting actress Shamita Shetty instead. The ‘talk-to-my-hand’ girl, Pooja Missra, who had the knack of picking fights with her co-contestants in Bigg Boss 5, was also evicted from the BB house. Pooja is best remembered for losing her temper at the drop of a hat. Her foul temper and fight with Siddharth Bhardwaj forced the makers of the show to throw her out of the reality show. She was asked to leave the house for an alleged assault on Siddharth. Who can forget Imam Siddiqui’s midnight drama inside the Bigg Boss house for which the style expert was thrown out of the house? Imam, who was one of the contestants of Bigg Boss season 6, was hell-bent on troubling the other inmate, Aashka Goradia. He decided to wear a skin coloured body suit and act like a tiger. And if all this was not enough, he started breaking every ceramic and earthenware he could get his hands on. This aggressive behaviour led to his eviction. However, after apologising to Bigg Boss, Imam was given a re-entry on the show. He was eliminated from Bigg Boss over his violent act against co-contestants Tanishaa Mukherjee and VJ Andy. The TV heartthrob’s brawls with VJ Andy and Tanishaa not only made him an overnight sensation, but also the most-tweeted-about TV personality.

Actor Armaan Kohli was arrested for allegedly assaulting British-Pakistani actress Sofia Hayat during Bigg Boss 7. Kohli was picked up from the Bigg Boss house by Lonavala city police in connection with the complaint registered against him by Hayat. Hayat, after being evicted from ‘Bigg Boss 7’, had filed an FIR against Kohli at Santacruz police station alleging that she was manhandled and subjected to unparliamentary language by him inside the ‘Bigg Boss’ house. The eighth season of the show was extended and was called Bigg Boss Halla Bol. During this stint, a few ex-Bigg Boss contestants were brought in to compete with the top five finalists. Brought in as a challenger, Ajaz Khan got into fights and arguments with many housemates. His ugly fight with contestant Ali Quli Mirza lead him to be shown the door. 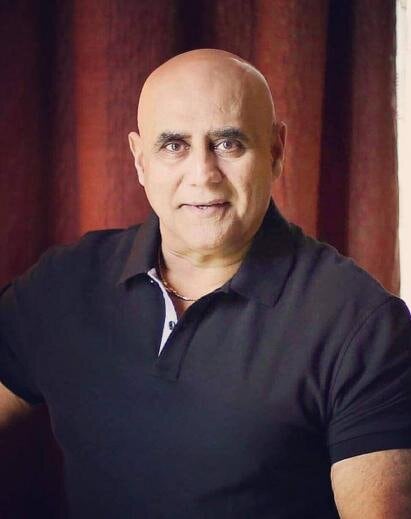 Puneet aka Duryodhan of Mahabharat got eliminated after being accused of using physical force on co-contestant Aarya Babbar during a luxury budget task. Puneet got upset while performing the task and charged towards Aarya taking him down on the ground using his physical strength. The task had to be stopped mid-way as instructed by Bigg Boss. Puneet, however, made a comeback on the show, the very next day, albeit in jail. He was imprisoned till his conduct was corrected and he was aptly punished for breaking the rules of the house.