More
HomeAutoLimited number of units of the SP version will be allocated for...
Auto 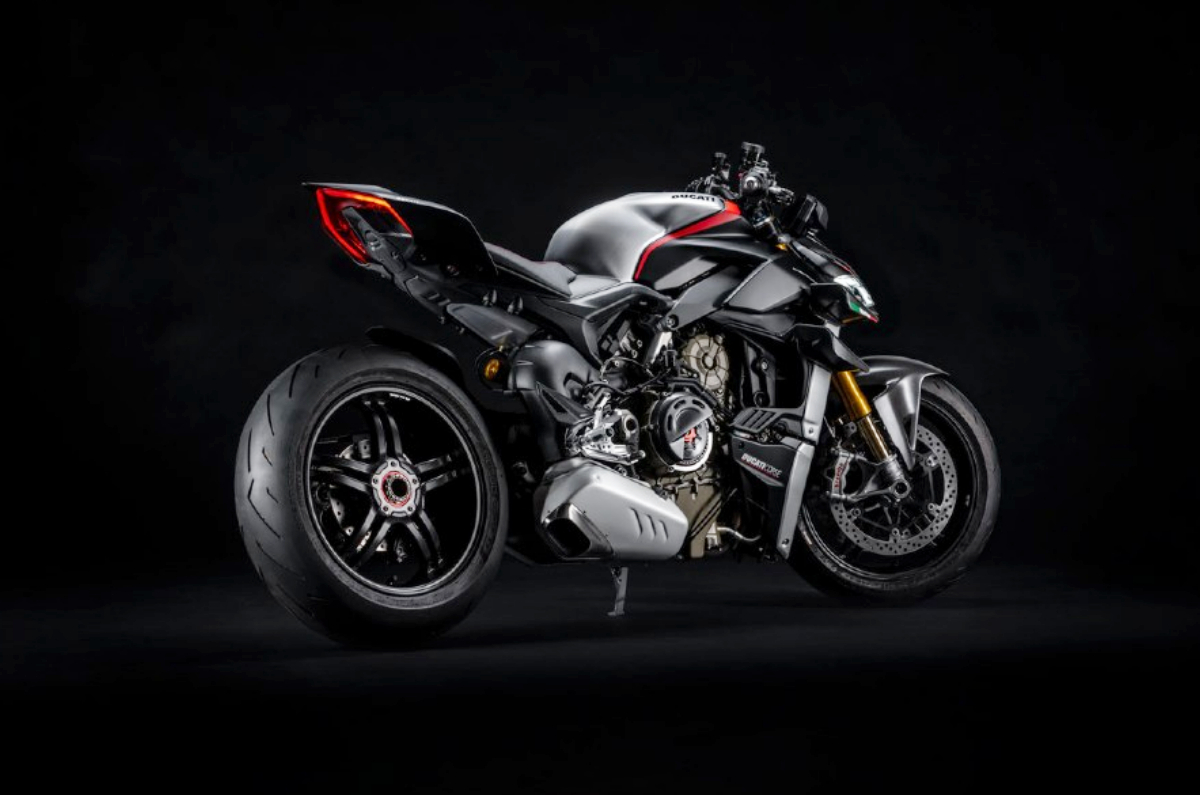 The SP variant is top dog in the Streetfighter V4 range from Ducati and it will be launched in our market at the end of this month or early next month.

Ducati India has teased the arrival of the Streetfighter V4 SP naked bike through their social media handle. Based on the Panigale V4 superbike, the Streetfighter pairs the mind-bending performance of the flagship superbike from Bologna with upright ergonomics.

As with every variant available on the Panigale, there’s a corresponding naked variant (except for the eye-wateringly expensive Superleggera) to match and Ducati has now given the Streetfighter the SP(Sport Production) treatment.

Ducati Streetfighter V4 SP: What changes and what doesn’t

There’s no dearth of changes made to this higher spec SP variant. Starting first with the most obvious change, the winter test livery. This top-of-the-line SP variant comes draped in the Ducati winter test colours with a brushed aluminium tank (ala Panigale V4 R) and subtle red accents throughout. The winglets are full carbon fibre pieces as opposed to the plastic ones on the standard V4 and they also come with an Italian flag motif on the side. However, the cosmetic changes are hardly the talking point on a limited edition Ducati.

Kicking off the long list of mechanical changes is the addition of the STM-EVO SBK dry clutch, which not only provides a more effective slipper function during aggressive downshifts but also brings back the quintessential Ducati dry clutch rattle. The SP will be equipped with a lithium-ion battery to keep weight down. The suspension too gets a slight revision with the SP version using fork internals from the Panigale.

Another performance-enhancing change comes in the form of BST Carbon Fibre rims which Ducati claim shave off 1.4 kgs off the forged aluminium rims found on the S version. Then there are the Stylema R calipers which Ducati claims won’t fade as easily on track as the regular unit and promise consistent feedback lap after blisteringly-fast lap.

There’s a small caveat to note here about the aforementioned wheel and caliper upgrades. The Panigale V4 SP units that made it to our shores were equipped with the ‘regular’ Stylema calipers and Marchesini forged magnesium rims in favour of the Carbon Fibre ones. While it is impossible to ascertain what spec of componentry the Streetfighter V4 SP will carry, this move could be repeated.

The smaller, but by no means insignificant, changes include higher quality anodized footpegs and levers , as well as a gear-shifter linkage that can be swapped easily from regular to GP shift. The single seat on the SP version is draped in a grippier material and comes with SP badging and red stitching on it as well.

The only bits that remain unchanged on the bike are the engine, the chassis and the electronic setup on offer. The engine still remains the same 1103cc Desmosedici Stradale V4 churning out a fire-breathing 208hp and 123 Nm of torque, which is more than enough to dislocate your shoulders should you be rather free-spirited with the throttle.

When the very limited units of the Panigale V4 SP that were allocated for India, made their way to our shores they carried a lofty asking price of Rs. 36.07 lakh. This piercing meant the SP version was dearer by a sum of nearly 8 lakhs over the S version with the pricing for that standing at Rs. 28.40 lakh and in excess of 13 lakhs over the base Panigale V4.

While the price for the Streetfighter SP version hasn’t been revealed yet, expect it to carry a delta similar to the Panigale range. As is the case with the other models in the Streetfighter V4 range, the SP will be manufactured in Thailand.

Would you shell out the extra dough for the SP version over the lower-spec models? Let us know in the comments section below.