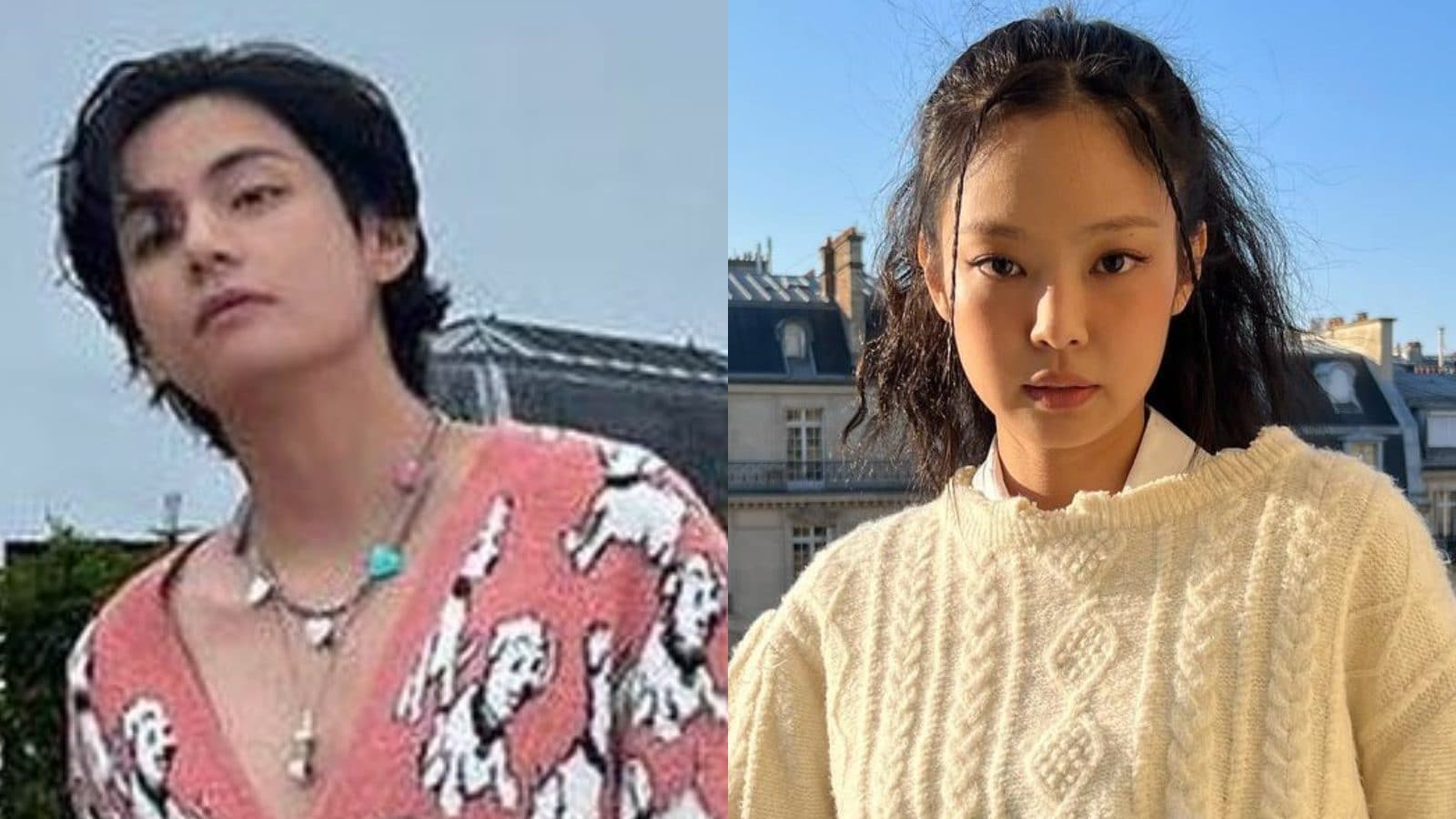 
A new picture of people who resemble BTS member V and BLACKPINK member Jennie has surfaced online, fuelling the rumours of their dating. For the unversed, for a few days now, Kim Taehyung and Jennie are being rumoured to be dating. Two pictures featuring people resembling the BTS and BLACKPINK members had already leaked online. On Monday, a third picture featuring the two people caused commotion online.

In the picture, the man resembling V and the woman who looks like Jennie were seen huddled up, posing for a mirror selfie. The people in question had masks on their faces. The picture went viral almost immediately. The alleged leaked pictures has left fans of both the K-pop groups angry.

Several fans took to Twitter and demanded HYBE (agency handling BTS) and YG Entertainment (agency handling BLACKPINK) to issue a statement to either accept or deny the claims that would put an end to these claims. Fans are also worried for the duo’s privacy.

So these are all the pictures leaked by user gurumiharibo, as per that user proof that Tae and Jennie are indeed dating and both are receiving so much hate. @bts_bighit “PROTECT TAEHYUNG NOW” @ygofficialblink protect Jennie. Release a statement now wether confirming or denying!! pic.twitter.com/afiRBWfNQA

Bighit music and yg should release a statement abt taehyung and jennie, either it’s denying or confirming. The situation is getting bigger and got worser each day. Also, both companies should investigate whether the pics released online are true or false.

And if not, at least release a fucking statement about it!!! Your artist are being dragged to some malicious rumors!!!

If this is real I’m so happy.. They are adults they can date anyone. But when come to there privacy I’m concerned. @bts_bighit “PROTECT TAEHYUNG NOW” @ygofficialblink protect Jennie. Release a statement now wether confirming or denying!!

While HYBE and YG Entertainment are yet to issue a concrete statement about the alleged leaked pictures and rumours, last week, YG had released a vague statement addressing the pictures claiming Jennie and Taehyung were together at a salon.

Via Soompi, a source from the agency commented about the reports, “BLACKPINK will depart the country on August 25, and they will be busy taking on a tight schedule in the United States including the MTV Video Music Awards performance as well as promotional activities for their second full-length album.”