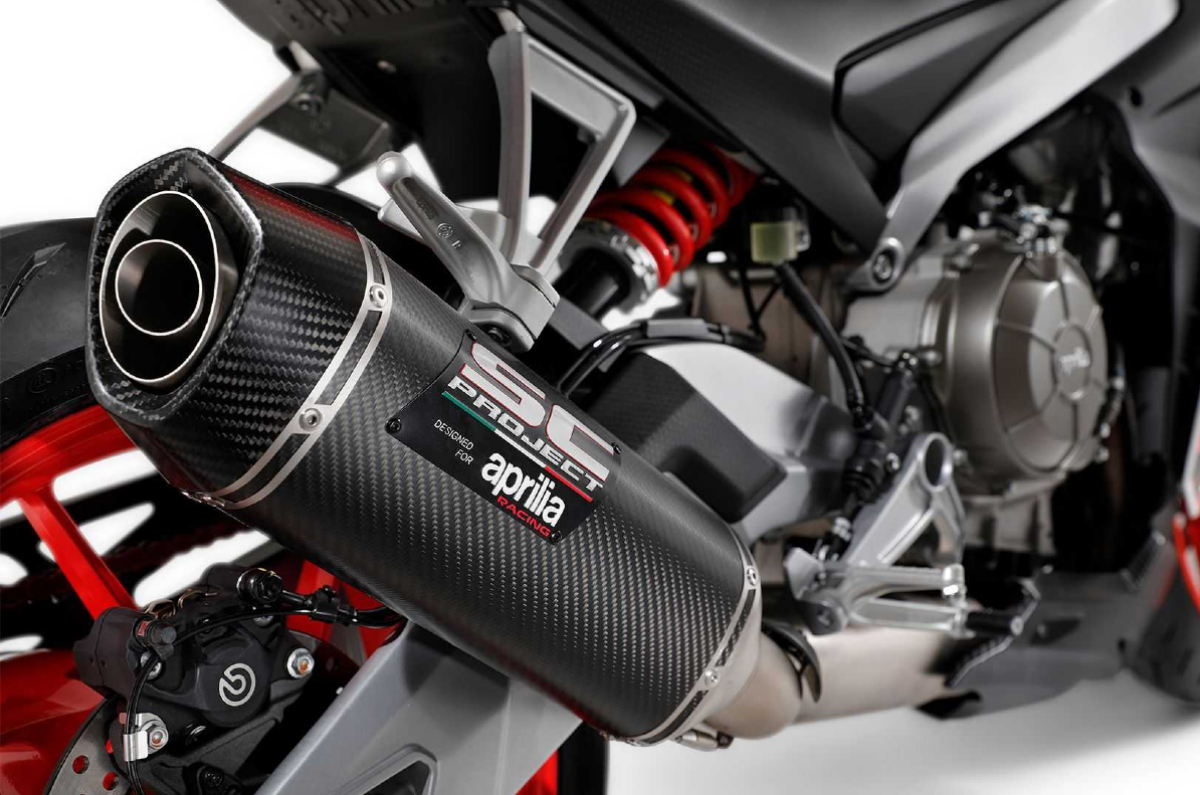 Revealed at EICMA 2022, the Extrema gets carbon-fibre elements and a new SC project exhaust system.

Aprilia has taken the covers off a new racier version of its RS 660 sportsbike, dubbed the RS 660 Extrema. Revealed at EICMA 2022, the Extrema sheds 3kg over the standard RS 660 and gets a new livery to go along with it.

In order to cut the RS 660’s weight, the Italian brand has given the Extrema a carbon-fibre front fender and belly pan, along with a new, side-slung SC Project exhaust system with a carbon-fibre end can, in place of the underbelly unit of the standard version. As a result, the RS 660 Extrema weighs 166kg (dry), down from the standard version’s 169kg.

The RS 660 Extrema is also equipped with a single-seat tail fairing, replacing the passenger seat, which is provided separately. And to further its track credentials, Aprilia has given it a software patch that enables a GP-style shift pattern without any component changes. Rounding off the changes is a new, striking red and white livery with black and green touches.

Other than this, the Extrema remains identical to the standard RS 660. This means it’s powered by a 659cc, parallel-twin engine that produces 100hp. The gearbox is a 6-speed unit which features a bi-directional quickshifter. It also continues to get a comprehensive suite of electronics like traction control, cornering ABS, engine brake control, engine maps, and wheelie control, all of which are adjustable as per rider preference.

Aprilia is yet to reveal pricing for the RS 660 Extrema, but expect it to cost a good chunk more than the standard version owing to its carbon-fibre components. An India launch is also yet to be announced.