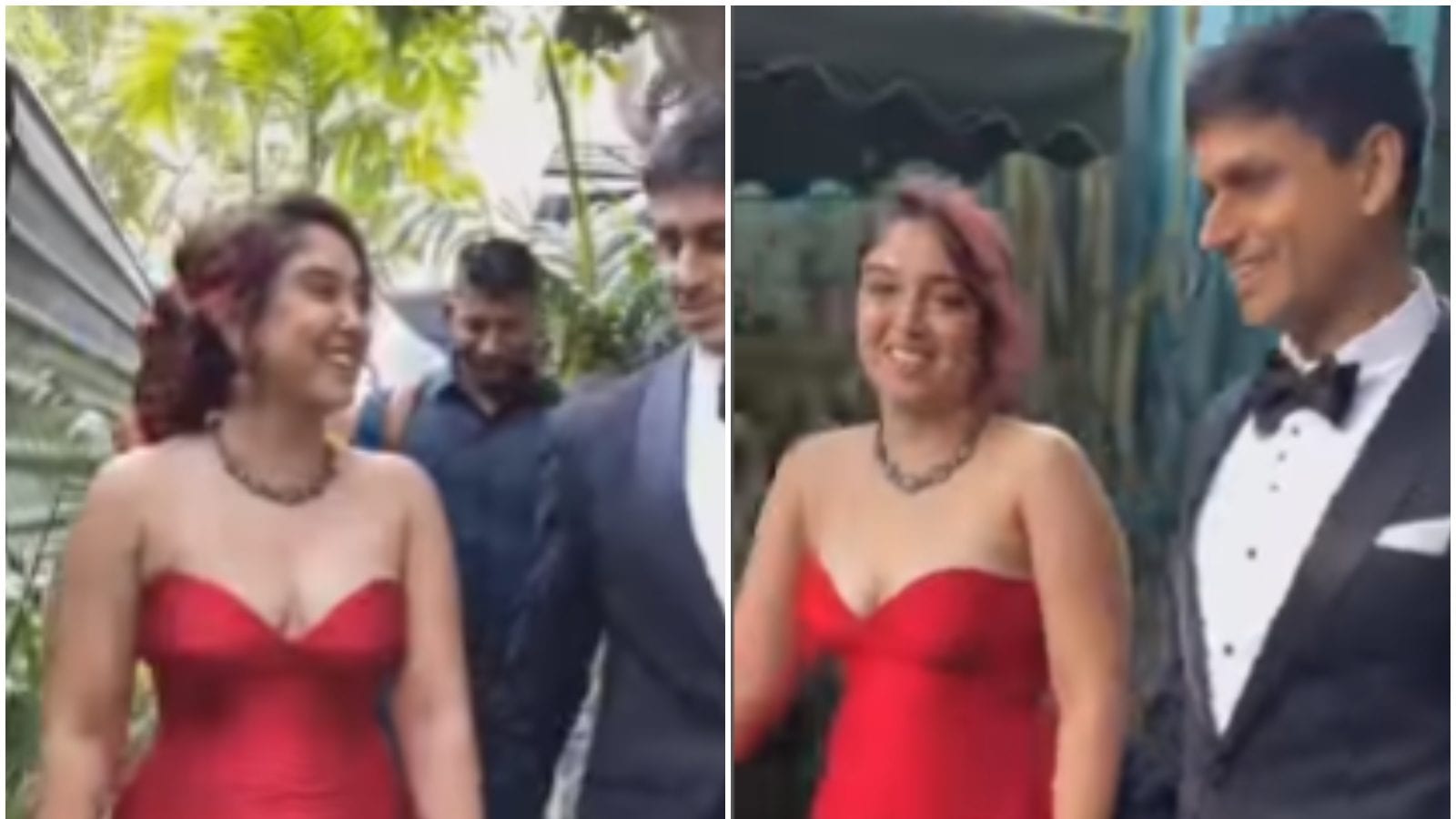 
Aamir Khan’s daughter Ira Khan has been dating Nupur Shikhare for several years. Last month, Nupur went down on his knees and popped the question to Ira at a cycling event. On Friday, the couple got formally engaged at a party attended by several guests from B-Town.

The ceremony was attended by Aamir’s ex-wife Kiran Rao, nephew Imran Khan, actress Fatima Sana Shaikh and director Ashutosh Gowarikar along with friends and family. Pictures and videos from their engagement is making rounds on the internet.

For the special occasion, Ira wore a red strapless gown, teamed with a stylish hairdo and a neckpiece. To add a bit of quirk to her outfit, she was seen wearing laced up white boots as she got into a car with her fiance, who looked dapper in a tuxedo and bow-tie. Father Aamir Khan looked radiant in a white kurta set and flaunted a salt-and-pepper look.

Last month, Ira was at Nupur’s cycling event when he proposed to his lady love in front of everyone. Ira shared the video of the romantic proposal on social media, where she can be seen standing along with other people when Nupur kisses her and proposes to her by kneeling on his knees.

Ira and Nupur made their relationship official in February 2021. Aamir Khan’s daughter took to Instagram on the occasion of Promise Day, as part of the Valentine’s Day celebration, and announced that they were dating. Ever since, they have not shied away from showing off their love on social media.

They often share pictures and videos from their time together. Ira has also been often photographed with Nupur’s mother while Nupur joined Ira’s family, including Aamir Khan, Reena Dutta and Kiron Rao, on special occasions. The most recent occasion was Ira’s birthday bash this year.