After recent big budget releases like ‘Toofan’ and ‘Malik’, the most awaited film of this week is Hungama 2. 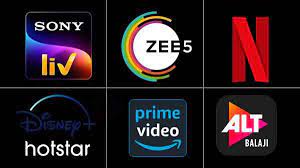 New Delhi: This month is indeed a paradise for movie lovers. After recent big budget releases like ‘Toofan’ and ‘Malik’, the most awaited film of this week is Hungama 2. Hungama 2 is sequel to the 2003 popular comedy fare Hungama starring Akshay Khanna, Paresh Rawal, Aftab Shivdasani and Rimi Sen.

However in Hungama 2; Paresh Rawal, Shilpa Shetty, Pranitha Subhash and Meezan Jaffery will be seen in the lead roles.

Feels like Ishq is an another anthology film with six lively stories going through various human emotions. Check here the list of five newly released movies and web series with humorous plots you can add to your watchlist for this weekend:

Vikrant Massey was recently seen in Haseen Dilruba opposite Tapasi Pannu. Now, the actor is up with another straight to OTT release ‘14 Phere’ where a couple goes through two weddings, one with each of their respective families, by hiring a fake family for the other one. Though the twist is, the fake mother in both situations is played by the same person.

It won’t be wrong to say that OTTs are the main cause of anothologies becoming a trend in the current times. Feels like Ishq is an anthology of 6 youngsters going through various emotions and trying to understand what exactly love means to them. You can catch the empathetic journey of love on OTT platform Netflix.

The last season revolved around four hostel mates in the first year of their engineering. This year the same group have levelled up and are now seniors in the college. You can expect some more clashes, fights and love games in this season too. Fans are hoping that the makers keep it Just as relatable as last season.

The story revolves around 5 individuals who are connected with one another with through one medium – Internet. The film revolves around the digital obsession of this generation in a quirky way.

Hungama was blockbuster hit back in 2003 made under the tagline of Priyadarshan style of comedy. Director Priyadarshan is back with his style of family comedy after a long pause of 18 years and it would be intresting to see if the same method of filmmaking still amuses the audiences.

Realme GT Neo2 set to launch on Sept 22. Details Inside