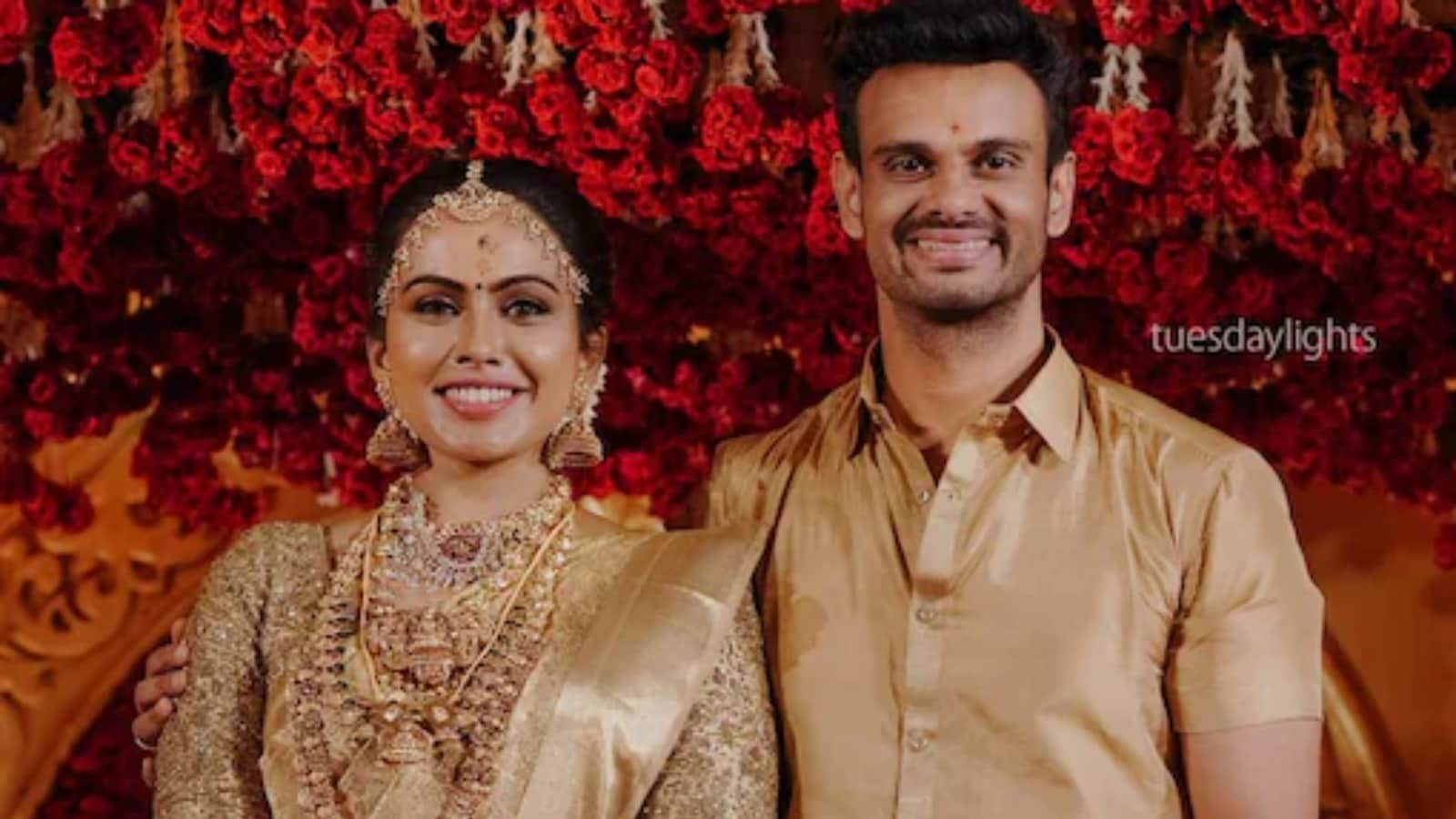 
Malayalam film producer Vishak Subramanium, who is known for films like Love Action Drama, Helen and Hridayam, has begun a new chapter in his life. The producer tied the nuptial knot with his ladylove and entrepreneur Advita Srikant on November 3. Their lavish wedding ceremony was held in Thiruvananthapuram, and it marked the presence of their close friends, family members, and famous Tollywood celebrities. Although both Vishak and his wife are yet to share their wedding pictures on social media, their fan pages have already posted some online.

In the pictures, Vishak and Advita were all smiles as they posed for the lens in traditional outfits. Advita weaved six yards of grace as she donned an embroidered rusty golden saree. She paired her saree with an intricately designed blouse of the same colour. The entrepreneur was heavily-clad in statement bridal jewellery for her wedding. Vishak also sported an all-ethnic look, sporting a rustic-golden shirt and dhoti. The bride and groom twinned in golden outfits for their big day.

The wedding was attended by many notable celebrities from the Malayalam film industry like Mohanlal, Sreenivasan, Dhyan Sreenivasan, Aju Varghese, Kalyani Priyadarshan, Revathy, and Chippy, among others. Snippets of Malayalam superstar Mohanlal and his wife Suchitra from the wedding have also been doing the rounds on the internet. The veteran actor and Sreenivasan were also seen engaging in fun banter at the wedding.

Vishak Subramanium hails from a family of producers. While his grandfather, P Subramaniam, is the founder of Merryland Film Studio, Vishak’s parents, S Murugan and Suja Murugan are the owners of three theatres, namely Sreekumar Theatre, Sree Vishak and New Theatre.

Vishak donned the producer’s hat for the first time for the 2019 film Love Action Drama. The romance drama, which starred Nayanthara and Nivin Pauly in the lead, was a blockbuster hit at the box office. Vishak’s next, titled Helen, bagged a National Film Award. The film has been remade in Hindi under the title Mili, featuring Bollywood actress Janhvi Kapoor in the titular role. Vishak’s most recent production venture was the family-entertainer Prakashan Parakkatte.