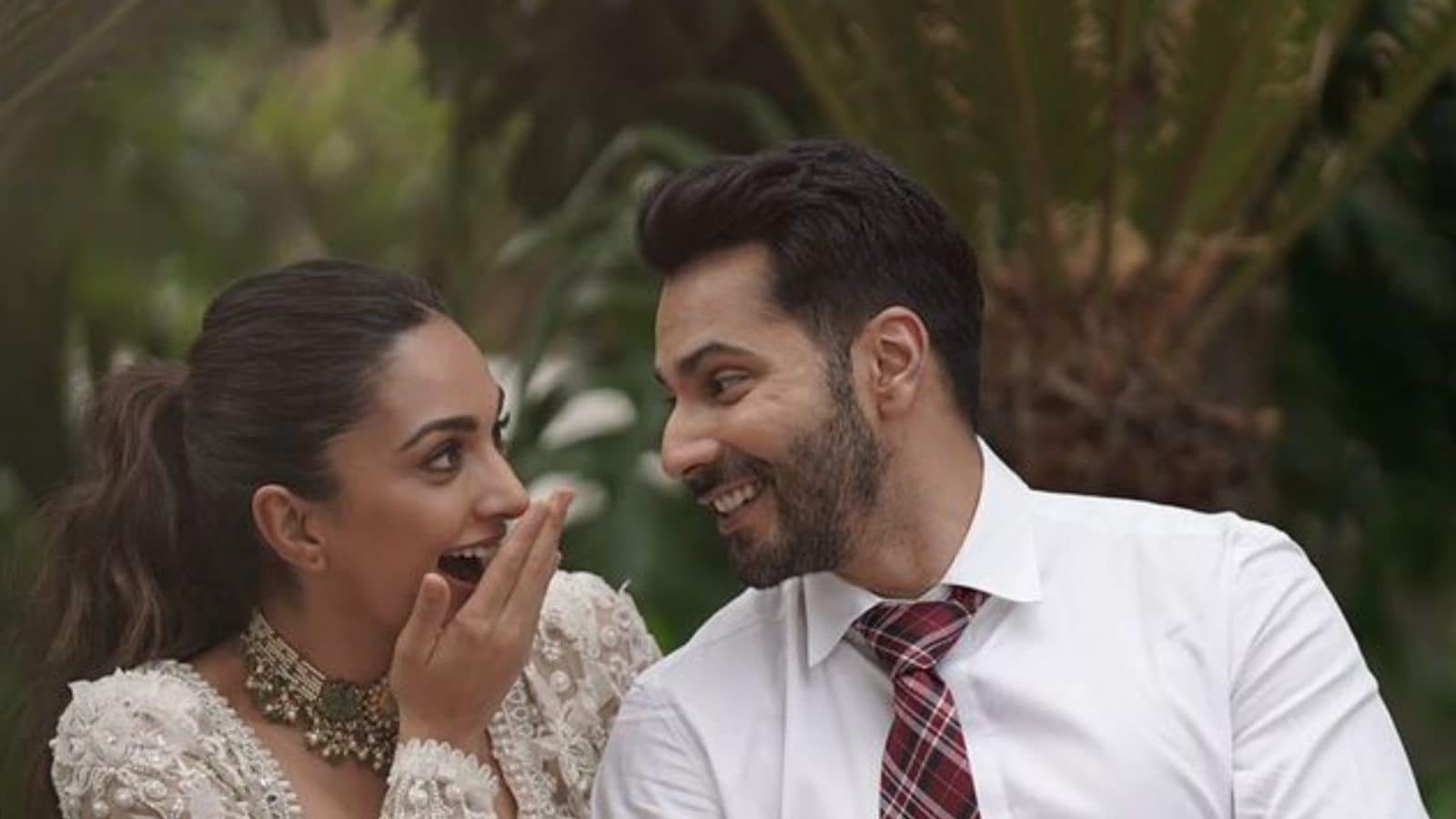 
Kiara Advani’s rumoured relationship with Sidharth Malhotra has once again hit the headlines. The rumoured couple continues to drop hints about their relationship and yet they have not officially confirmed or denied the media reports. Varun Dhawan and Kiara, who are on a promotion spree for their film JugJugg Jeeyo, revealed in a recent interview that the actress has Sidharth among others in the speed dial contacts on her phone.

In a conversation with Pinkvilla, Varun was asked by the interviewer to name the person who is on Kiara’s speed dial on phone. To this, without taking a moment to think, Varun sought Kiara’s permission and wrote Sidharth’s name on the board. Reacting to Varun’s answer, the Kabir Singh actress mentioned that her manager is also on her speed dial list. She smiled but also admitted Sidharth’s name on the list.

Kiara and Sidharth, have worked together in Shershaah in 2021. They have been spotted by the paparazzo time and again at Bollywood parties, vacations and outings. Earlier, there were rumoured reports that the couple has parted ways. Recently, Kiara has also talked about rumours about her personal life and told India Today that she is immune by now especially if the tattle is about her personal life. “I am not completely immune to it, especially when it (rumour) is about your personal life. On the professional front, thankfully, I have never had an experience where something has been said that has affected me or my family, but on the personal front, when they add two and two, that’s when I am like, where is this coming from?” the actress had said.

Meanwhile, on the work front, Kiara Advani’s JugJugg Jeeyo is now in theatres. The film also stars Varun Dhawan, Anil Kapoor, Neetu Kapoor, Prajakta Koli and Maniesh Paul in pivotal roles. On the other hand, Varun will be next seen in Bhediya, Ekkees and Citadel.