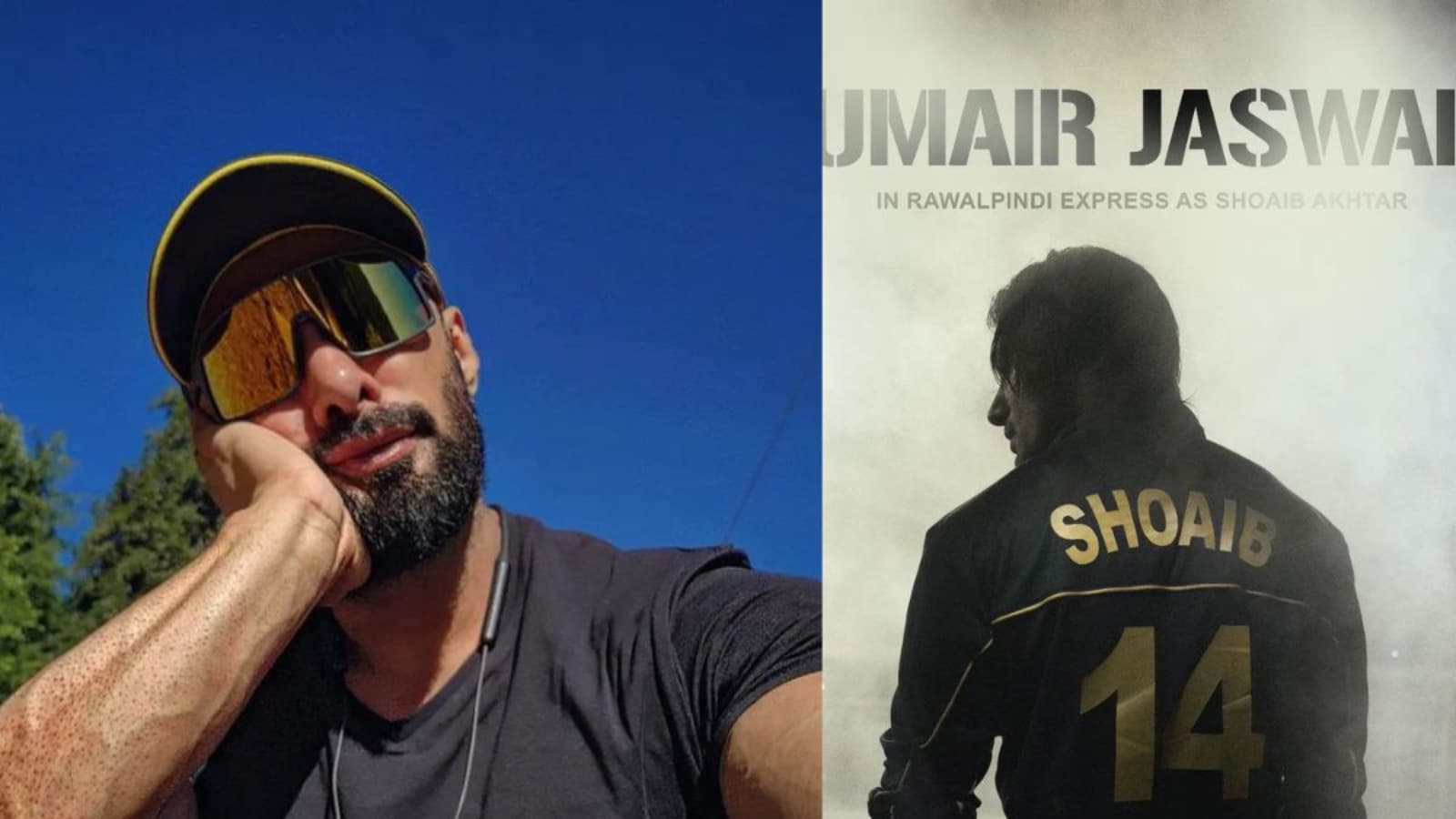 
Former Pakistani fast bowler Shoaib Akhtar has been creating headlines after he announced that a biopic on him had been in the works for a while. The name of his biopic is Rawalpindi Express – Running Against the Odds.

And while several names made news for playing the lead, the latest is that Pakistani actor, singer-songwriter, and music producer Umair Jaswal will play the tearaway fast bowler in the film. Recently, Umair Jaswal shared a poster of the film on social media.

In this poster, he is wearing a Pakistan jersey with Shoaib and the number 14 on the back of it. Sharing the poster of the film, the actor wrote, “Super excited to announce and share this with all of you guys. I am honoured to play the living legend, Mr Shoaib Akthar on big screens in Rawalpindi Express”.

Take a look at the poster:

Seeing the poster, social media users started trolling both Umair and Shoaib. Many users have commented on Umair’s fitness. One user wrote, “As far as I remember, Shoaib Akhtar was very thin. Now Umair is playing his character in this film, I don’t think he is fit for this film.”

Some other users raised questions about Shoaib Akhtar too. A user commented, “What has Shoaib Akhtar done after all that his biopic is being made.” As many people trolled these two, some also congratulated Umair for the film and wished him luck.

The biopic is directed by Muhammad Faraz Qaiserans and written by Qaiser Nawaz. The project is bankrolled under the banner of Q Films Productions.