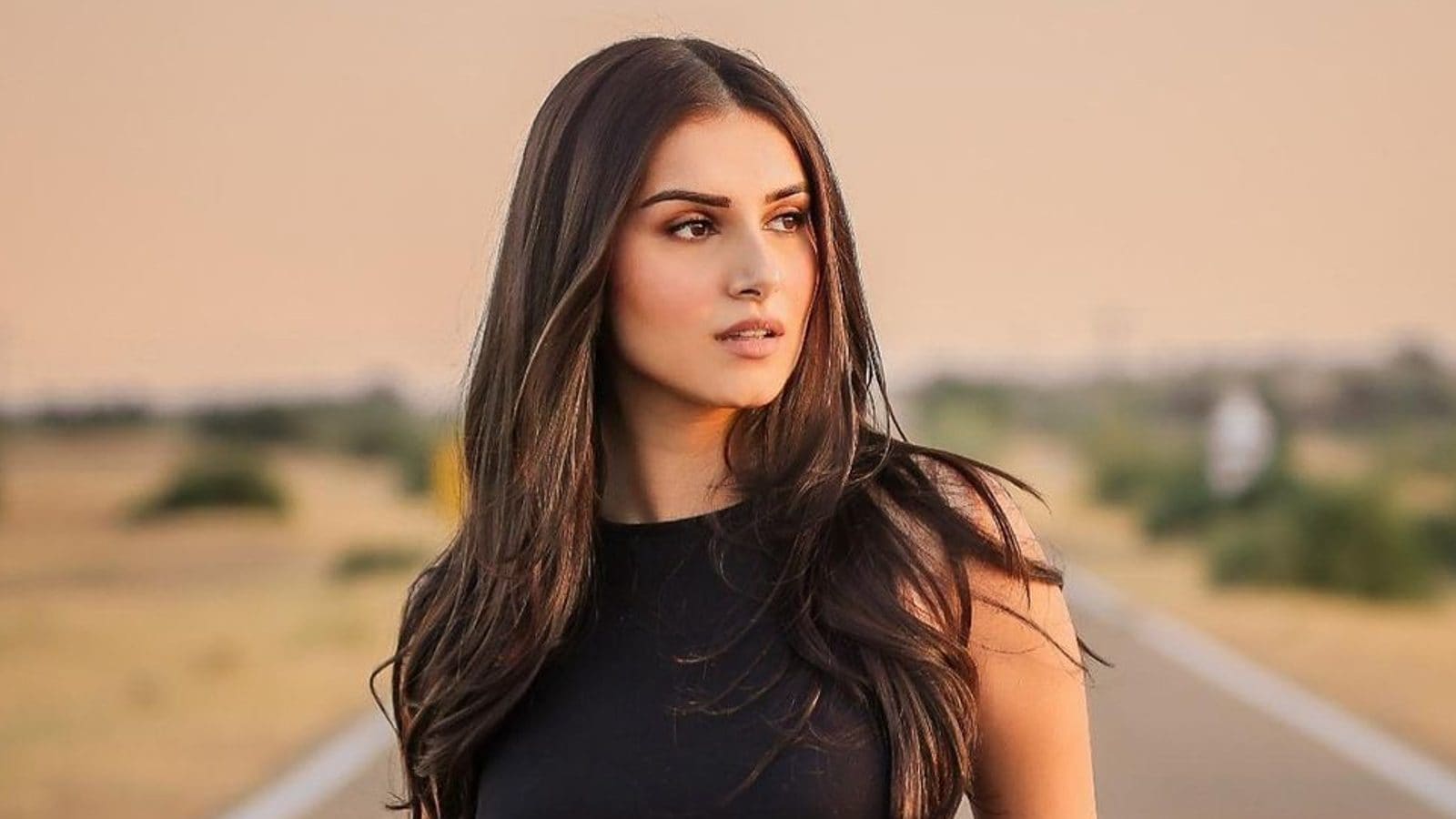 
Tara Sutaria has taken Instagram by storm all over again. Recently, the actress has shared a string of adorable pictures in an all-black crop top and joggers while showcasing the lanes of Jaisalmer. With this Instagram post, the star has announced her upcoming film Apurva for which the shooting has already started.

Her recent Instagram post unveils her athleisure look. Marjaavaan actress was dressed in a black cropped top that she paired with her black joggers. The sleeveless top bore a round neckline. On the other hand, her joggers made for a comfy statement which she complemented with a pair of black leather combat boots tied up with a front lace-up.

ALSO READ: Here’s Why Malaika Arora Is The Queen Of Fashion

Sharing her photos on her Instagram handle, the actress captioned it, “And so it begins…This wild ride to play #Apurva”. Tara posted the pictures on Wednesday and gave a glimpse of her stunning look and her upcoming project.

Just after the actress posted the pictures, several fans and celebrities lined up in the comments praising her looks and showing excitement for her upcoming project. Moreover, the actress has also shared pictures in the same outfit where she can be seen feeding a stray dog and her babies. The actress captioned the picture, “Found a litter of tiny pups and a mother who hadn’t eaten in a while…Heartbreaking…We fed them and gave them love and I urge you to do the same if you ever see an animal that needs care! I received great affection in return in the form of little licks and tiny barks”.

A few days back, Tara Sutaria donned the multi-colored off-shoulder choli which she teamed up with a matching lehenga. Undoubtedly, the actress was looking stunning and super-stylish in Indian attire.

The actress made her debut with Student Of The Year 2 which was produced by Karan Johar, and Apoorva Mehta under the banner Dharma Productions. In her upcoming film, Tara will be seen portraying the gripping story of a girl who survives a dangerous night, using her wits and strength in a high-stakes game of life and death. The film is directed by Nihil Nagesh Bhat and produced by Star Studios and Murad Khetani.