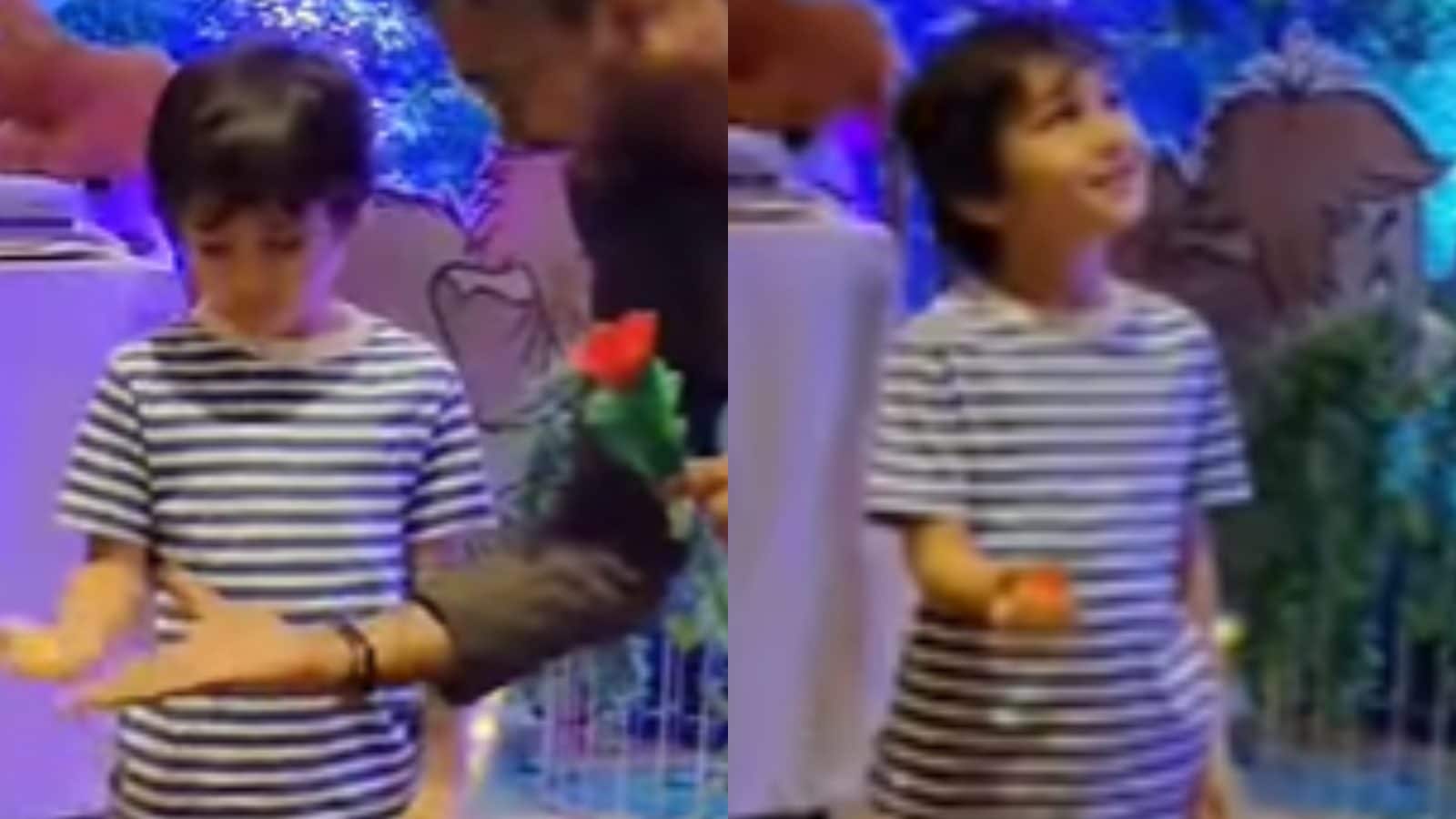 A video of Taimur Ali Khan participating in a magic show at a friend’s birthday party has now gone viral. The little star kid appeared to be unimpressed with the tricks.

Taimur Ali Khan is clearly hard to impress! Saif Ali Khan and Kareena Kapoor’s older son was attending a friend’s birthday party where he was invited to participate in a magic act. In a video that has now gone viral, Taimur was picked among a group of children for the trick and the magician tried to make him go awe by vanishing a fake rose and replacing it with a ball.

The young one held a disinterested face through the whole trick but smiled when he spotted the ball. His unimpressed reaction left social media in splits. Several social media users took to the comments section of the video shared by a paparazzo and shared their reactions. “Voh bhi kya soch raha hoga 😂😂😂 mai hi Mila,” a social media user wrote. “He was not impressed 😂😂😂,” added another.

While Taimur is spending time with his father, Saif Ali Khan, in Mumbai, his mother Kareena and brother Jeh Ali Khan are in London. The actress is filming for her upcoming movie with Hansal Mehta. On Thursday, the actress shared pictures with the director and lauded him. She also hinted that she has completed a share of filming and was ready to be back to in the bay.

This one is special guys❤️ Mumbai see you soon,” she said.

The Hansal Mehta movie is bankrolled by Ekta Kapoor’s Balaji Motion Pictures and will mark Kareena’s second collaboration with it. The actress is not only starring in the film but also co-producing it. Speaking about the film with News18.com, Kareena said, “For this film, Ekta Kapoor (co-producer) told me to come on board creatively and be a producer. I did it because I loved the script so much. I don’t know if I’m going to start producing films [in a full-fledged manner] because I don’t know anything about it. I want to just see how this one goes.”