Prosus, the Dutch-listed arm of South African technology investor Naspers, said on Wednesday that Swiggy and PayU, its food-delivery and payments companies in India, have recorded strong growth this year. It also said it stopped equity accounting for Byju’s in September as it lost its “significant influence” over the company after its stake fell below 10%.

Prosus said on Wednesday it has seen strong growth in its food-delivery and fintech businesses in India – Swiggy and PayU, respectively.

Revenue from payments in India grew 48% to $183 million, driven by digitisation in retail through ecommerce, and financial services.

Its credit operations in India, including LazyPay and Paysense, clocked revenues of $49 million in the first half of FY23, more than doubling from the same period last fiscal.

In October, Prosus scrapped its $4.7-billion deal to acquire payments firm BillDesk through PayU India, which would have been the second largest M&A in the Indian startup ecosystem.

Accounting change for Byju’s: Prosus also said it stopped equity accounting for Byju’s in September 2022 as it lost its “significant influence” over the firm after its stake fell below 10%.

“The group accounts for its 9.67% effective interest in Byju’s at fair value through other comprehensive income. The fair value of the Byju’s investment, subsequent to the loss of significant influence, $578 million,” it added.

Effectively, this is a change in accounting policy because of the loss of control in these firms, and not a markdown in the valuation.

Private equity houses, venture capitalists, real estate and debt fund managers can no longer indefinitely extend the lives of their funds to avoid a fire sale of assets and securities.

Driving the news: The Indian capital markets regulator – the Securities and Exchange Bureau of India (Sebi) – has made it clear that funds must close and liquidate within the specified period even if a predominant number of investors who have contributed to a fund pool consent to extend its tenure.

Such alternative investment funds (AIFs) typically have a life of 7 to 10 years. Sebi’s rules stipulate that the tenure of a closed-ended AIF can be extended for a maximum of two years with the approval of two-thirds of the investors by value.

Why it matters: Fund managers have often postponed exits and closure for a number of reasons, including a bad market, litigations, underperformance of portfolio companies, a dip in property prices, or delays in IPOs by portfolio companies, particularly startups. Claiming to be fulfilling their fiduciary role, managers kept funds alive for longer to fetch better returns for their investors.

Sebi’s move, spelt out in an October 31 order, has shaken the fund industry, which until now was under the impression that the regulator’s silence on the subject and investors’ concurrence allowed them to extend the term of a fund.

Fallout fears: Industry officials fear many funds could now be driven to undertake distress sale of assets to fall in line with Sebi’s observation that “keeping a fund alive until a profitable exit is achieved would set a wrong precedent and would have an adverse impact on the objective and development of the securities market”.

Multiple sources said the funds industry would take up the issue with Sebi, saying it hasn’t factored in the economic hardships faced by many funds and portfolio companies. 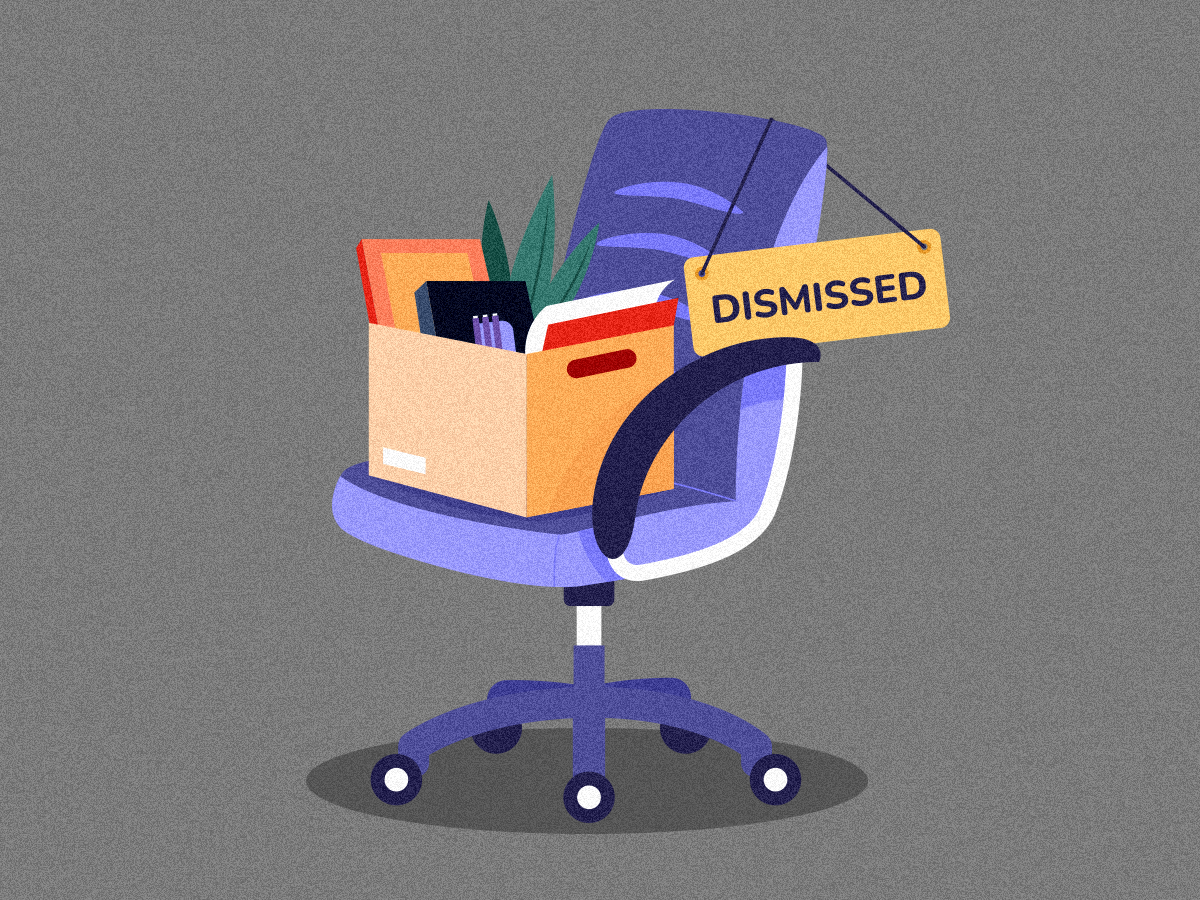 India’s labour ministry has asked Amazon India officials to appear before the deputy chief labour commissioner in Bengaluru on Wednesday in connection with the voluntary separation programme (VSP) it introduced last week to reduce its headcount as part of its plan for mass global layoffs.

Complaint: The development comes after the employee union Nascent Information Technology Employees Senate (NITES) filed a complaint in which it accused Amazon of violating India’s labour laws. In a letter to Union Labor Minister Bhupender Yadav, NITES claimed that Amazon staffers were being removed forcefully from the company.

The union said Amazon has sent details of the VSP to employees and given them until November 30 to complete the process.

Mass layoffs: According to a New York Times report last week, Amazon plans to lay off around 10,000 employees in corporate and technology roles in what would be the company’s biggest such reduction to date.

In India, Amazon’s layoffs could potentially affect at least a few hundred employees across divisions, we reported on November 16.

Google next? Meanwhile, Google may soon join the list of Big Tech companies conducting mass layoffs. According to a report by The Information, managers at the tech giant have been asked to identify the poorest-performing 6% of employees, which equates to about 10,000 people in total. The company is then expected to start firing them in early 2023, the report said.

And while the mobile app automatically selects the exchange on which a particular order is placed, the CoinSwitch Pro platform allows users to select the exchange to place a trade.

Time to build: The new product launch comes amid a bear run in cryptocurrencies as companies focus on building new products to grow their revenues.

Earlier this week, ET reported that crypto players are looking to diversify their offerings and de-risk amidst an uncertain regulatory environment in India.

CoinSwitch is also planning to launch non-crypto asset classes such as US stocks and mutual funds on its platforms by March 2023.

Infographic Insight: Twitter still way ahead of the competition

Since Elon Musk took over Twitter last month, the company’s workforce has shrunk from about 7,500 to 2,700 as a result of mass layoffs and mass resignations, according to various reports. 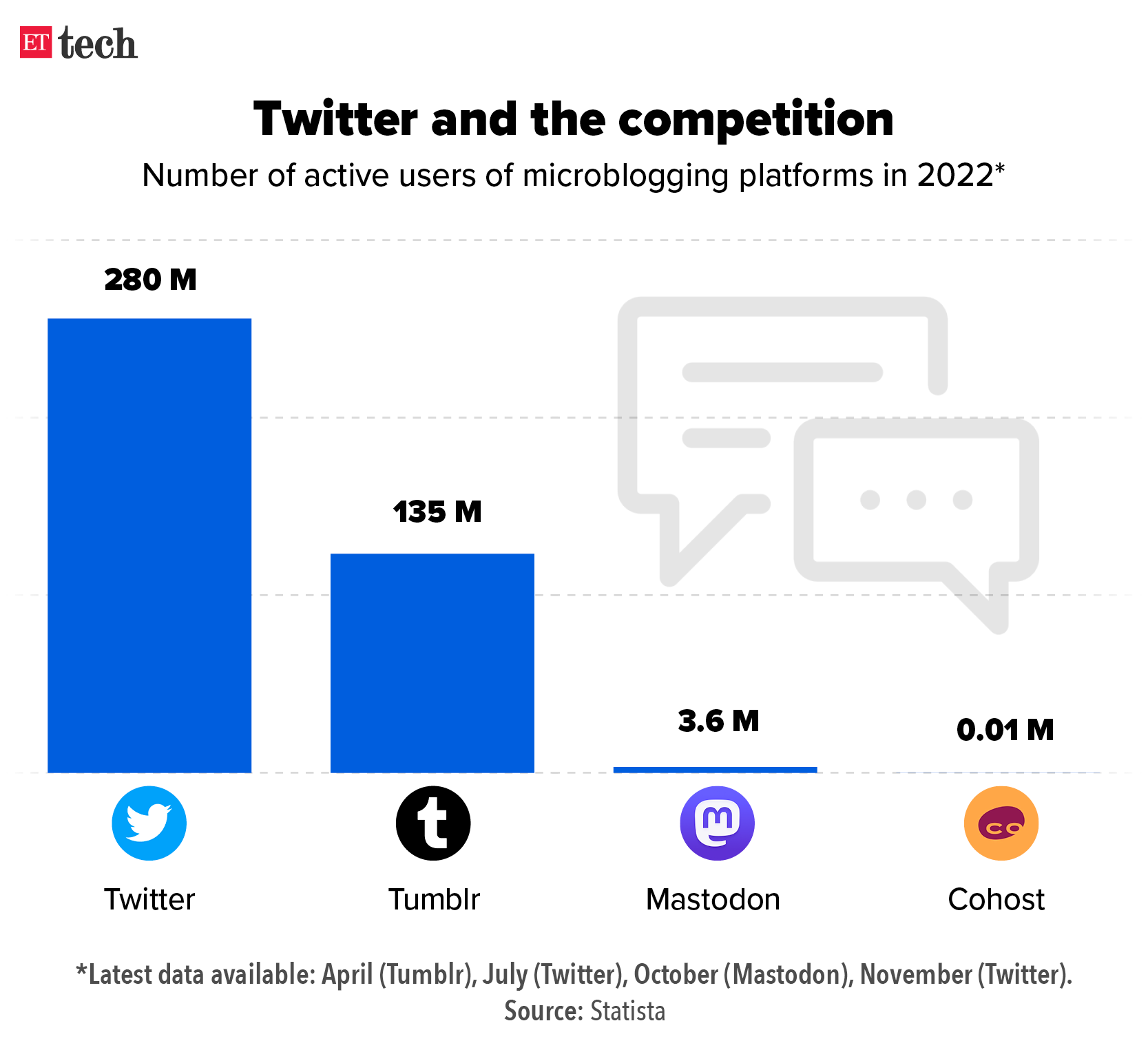 But the world’s largest microblogging platform is unlikely to be dethroned anytime soon as its only serious competitor – Tumblr – has almost 150 million fewer active users, and Mastodon isn’t even in the same ballpark.

Today’s ETtech Top 5 newsletter was curated by Zaheer Merchant in Mumbai and Siddharth Sharma in Bengaluru. Graphics and illustrations by Rahul Awasthi.