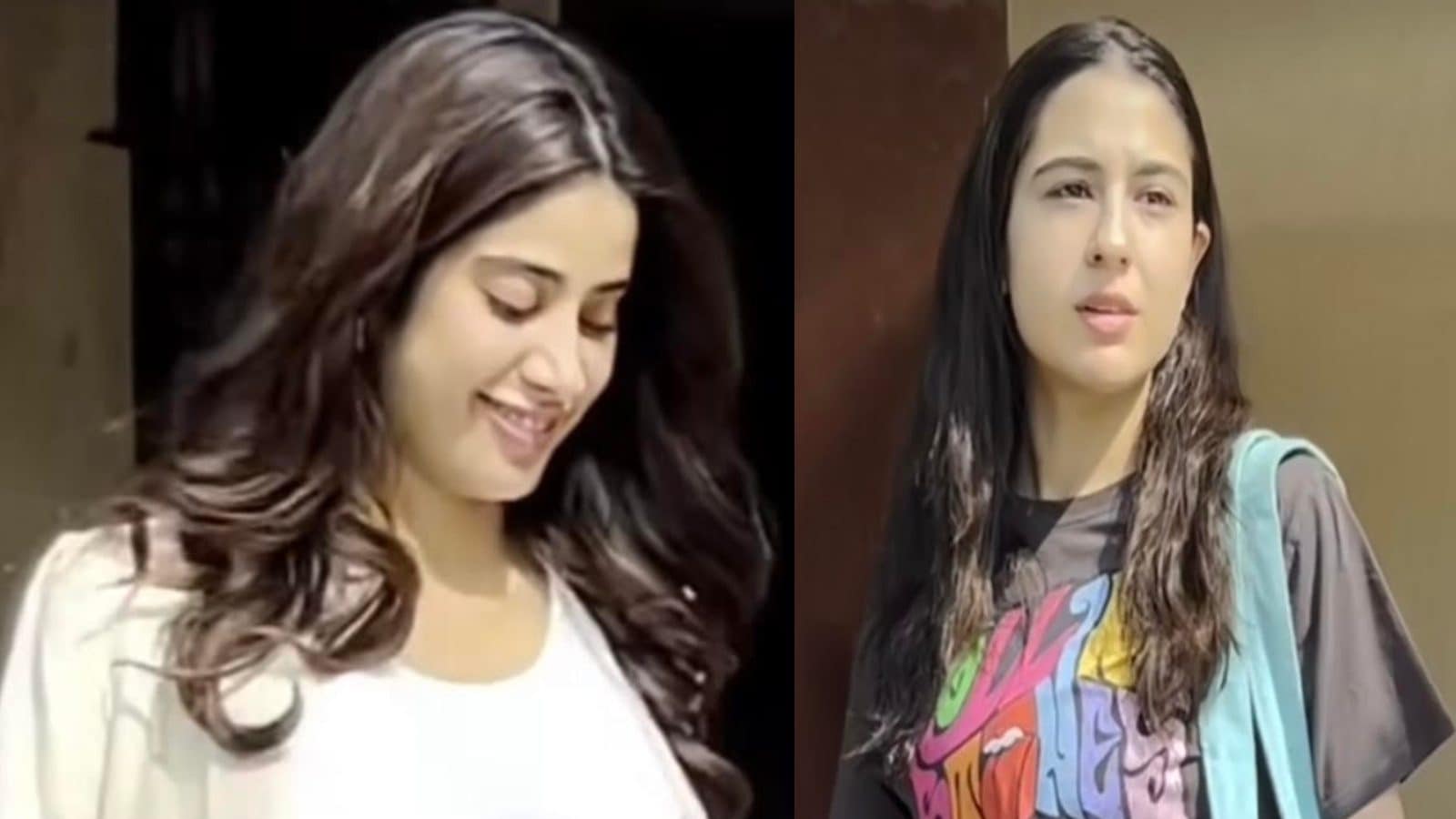 Janhvi and Sara are often seen outside their Mumbai Pilates studio or gym, whether it’s before a strenuous session with all of their energy or after a sweaty and satisfying workout. Know more on latest in news about their workout sessions here

Janhvi Kapoor and Sara Ali Khan both share the same level of enthusiasm for health and fitness. Their followers always get to see glimpses of their workout sessions and fitness routines, as these two never miss one. Be it before an intense session with full enthusiasm or after a sweating and full-filling workout, they are often spotted outside their gym or pilates studio in Mumbai.

Continuing to set fitness fashion goals, Janhvi Kapoor was yet again spotted getting outside her gym. As paparazzi approached her, she posed for the cameras before stepping into her car. The actress was seen in a comfortable casual outfit to kickstart her week’s fitness regime. She was spotted in a white crop top with a round neckline with an additional white shrug. She paired it with contrasting blue denim shorts featuring distressed details.

Meanwhile, Sara Ali Khan was spotted on her way out of her Pilates studio. She was also dressed casually and happily posed for the cameras. Sara wore a black cropped top with graphic quirky prints on it. She paired it with multicoloured gym shorts. And carried a fabulous neon pink and orange bag. Sara chose to accessorise her look by wearing comfortable flip-flops in maroon colour.

Interestingly, both of them are trained by the same Pilates trainer, Namrata Purohit, who often drops glimpses of their workout sessions on Instagram.

On the work front, Janhvi Kapoor was recently seen in Boney Kapoor’s Mili alongside Sunny Kaushal. She recently announced her first collaboration with Varun Dhawan. The duo will share a screen for the first time in Bawaal, directed by Nitesh Tiwari. The film is scheduled to release in April 2023. Sara, on the other hand, is all set to act in the lead role in Ae Watan Mere Watan. Meanwhile, she has wrapped the shooting of her untilted film with Vicky Kaushal, directed by Laxman Utekar. The actress will also be seen in Coolie No-1 opposite Varun Dhawan.