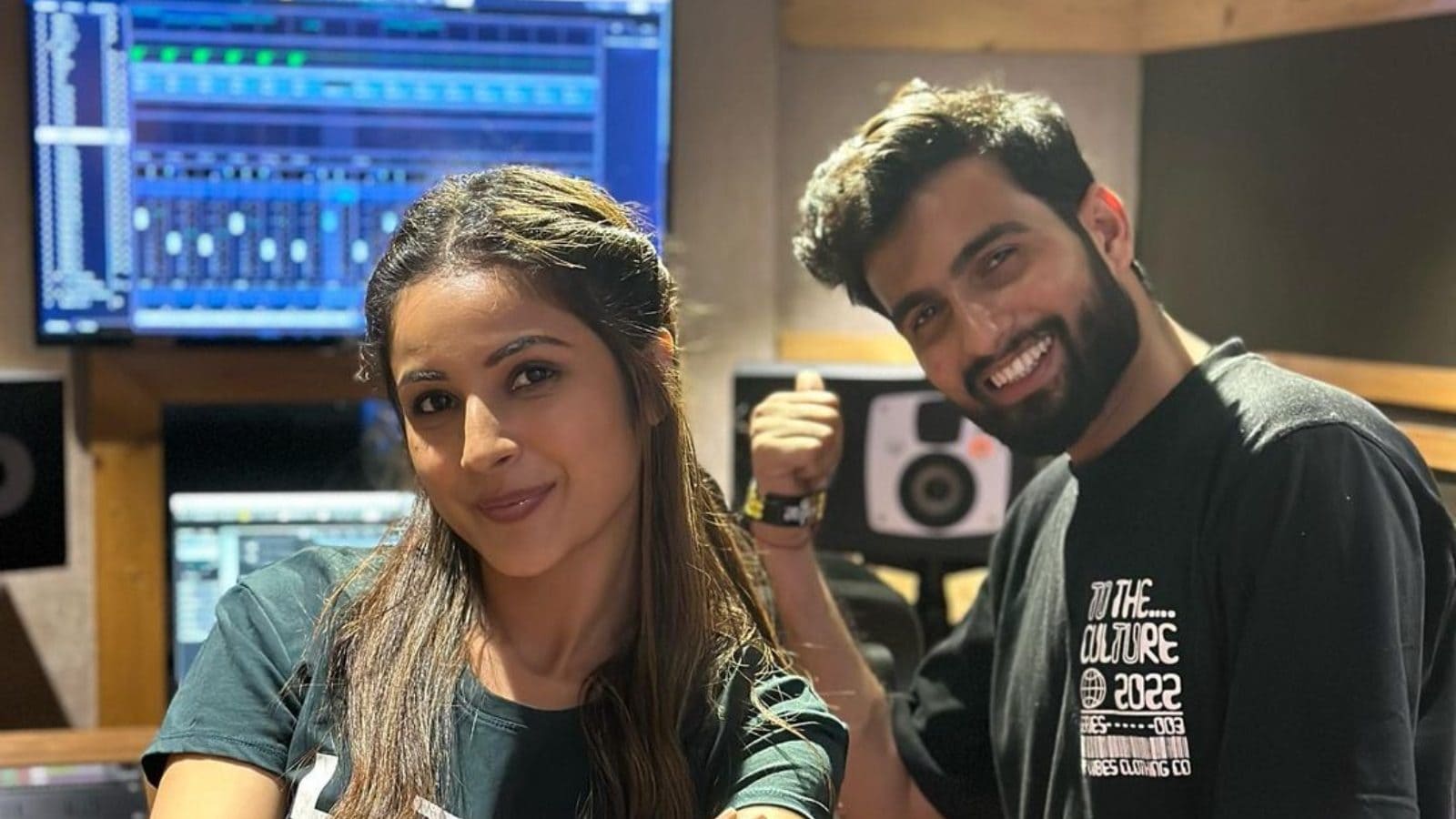 Rapper MC Square has shared a picture with Shehnaaz Gill in which the two can be seen posing inside a music studio.

Shehnaaz Gill is on a success spree. Ever since she participated in Bigg Boss 13, she has become everyone’s favourite and is undoubtedly ruling the world. From mega awards in Dubai to star-studded parties in Mumbai, she is invited everywhere and everyone is willing to work with her. However, looks like the Punjabi heartthrob will soon collaborate with rapper MC Square.

On Wednesday evening, MC Square took to his Instagram handle and dropped a picture in which he was seen posing with Shehnaaz Gill in a music studio. The two were seen twinning in black as they flaunted their million-dollar smile. In the caption of the photo, the rapper wrote, “What’s Cooking???” He also added the hashtag ‘coming soon’ to raise excitement among all.

Soon after the picture was shared, several fans flooded the comment section asking for details about the project and expressing excitement. “Can’t wait for this banger,” one of the fans wrote. Another social media user shared, “Please cook fast n serve …we r eagerly waiting”. “Shehnaaz Gill matlab blockbuster,” a third comment read. One of the fans also wrote, “Crossover we never thought about!” Check out MC Square’s post here:

Meanwhile, Shehnaaz Gill is also all set to enter Bollywood. She is currently working on Salman Khan’s Kisi Ka Bhai Kisi Ki Jaan which will be her Bollywood debut movie. Helmed and penned by Farhad Samji and Sajid Nadiadwala respectively, the film also stars Salman Khan, Pooja Hegde, Venkatesh Daggubati and Parth Siddhpura among others. It will hit theatres on Eid next year. Besides this, a TellyChakkar report recently claimed that Shehnaaz has also signed a South movie with one of the biggest directors in the industry. However, no further details have been shared and there’s no official confirmation of this so far.