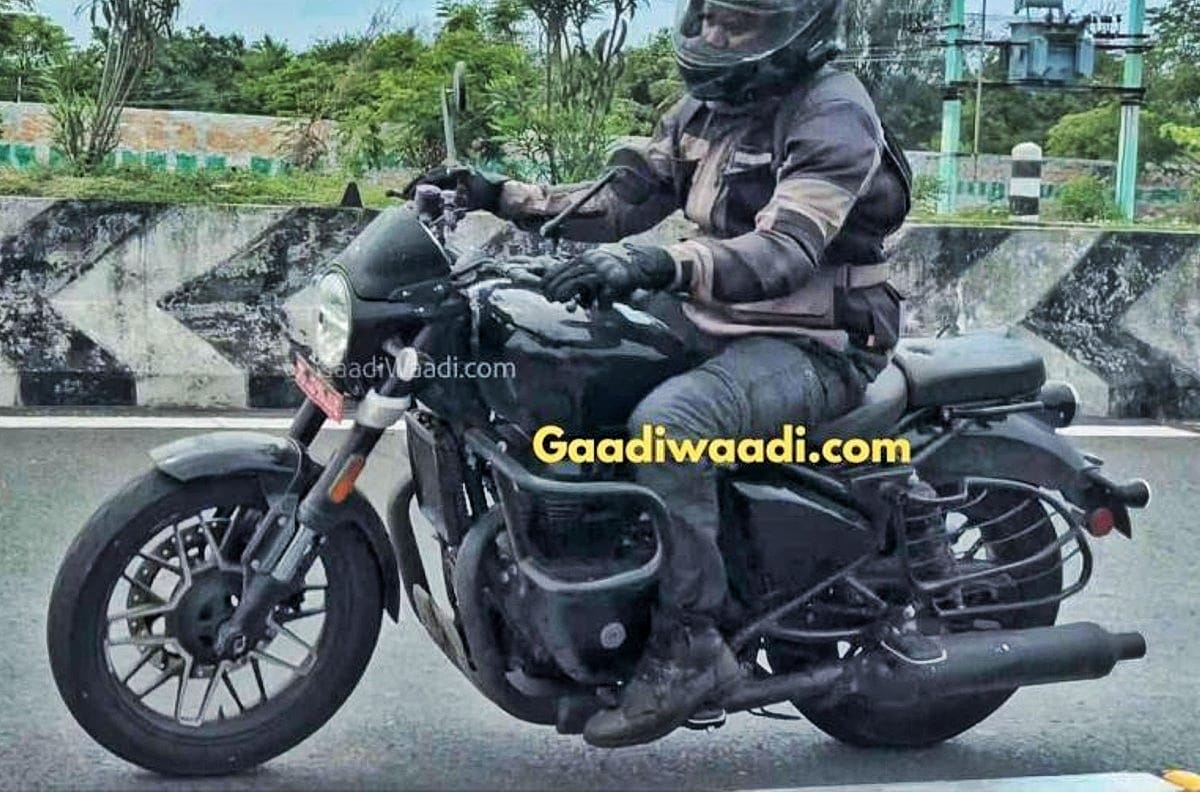 The Shotgun 650 is one of the two upcoming models in the pipeline that will soon be launched by Royal Enfield.

The Royal Enfield Shotgun 650 has been spied yet again, this time fitted with a host of optional extras. The accessories spotted on this particular test mule include auxiliary lights, mini floorboards, bar-end mirrors and even the Tripper navigation pod. This particular test mule also features a different set of machined wheels, which will likely be offered as part of the vast accessories catalogue that will be made available upon the bike’s launch.

The Royal Enfield Shotgun 650 is one of the two upcoming models based on Royal Enfield’s popular 650cc platform. This particular bike has been spotted testing with a set of machined alloy wheels, which haven’t been spotted earlier. Other accessories that are visible here include a pair of auxiliary lights, mini floorboards, bar-end mirrors and the Tripper navigation pod. Considering the fact that every Royal Enfield comes equipped with a large array of optional accessories upon its launch, expect the Shotgun 650 to feature the same.

The engine powering the Shotgun 650 is expected to be the same 648cc, parallel-twin, air-and-oil cooled engine derived from the Interceptor 650 and Continental GT 650, where it makes 47hp and 52Nm of torque; it is likely to be carried over without any major changes to the output figures. Where it does differ is in terms of the front suspension setup, featuring a USD fork compared to the basic telescopic unit on the 650 twins.

Considering the fact that Royal Enfield has been testing these machines for some time now, we expect at least one new model based on the 650cc platform to debut in the coming months. The EICMA  is only a month away and it is likely that the company will unveil at least one new model there. When the Shotgun 650 goes on sale, it is likely to be priced at a premium compared to the 650 twins, considering its up-spec hardware.

Would you pick the Shotgun 650 over the existing 650 twins? Let us know in the comments section below.