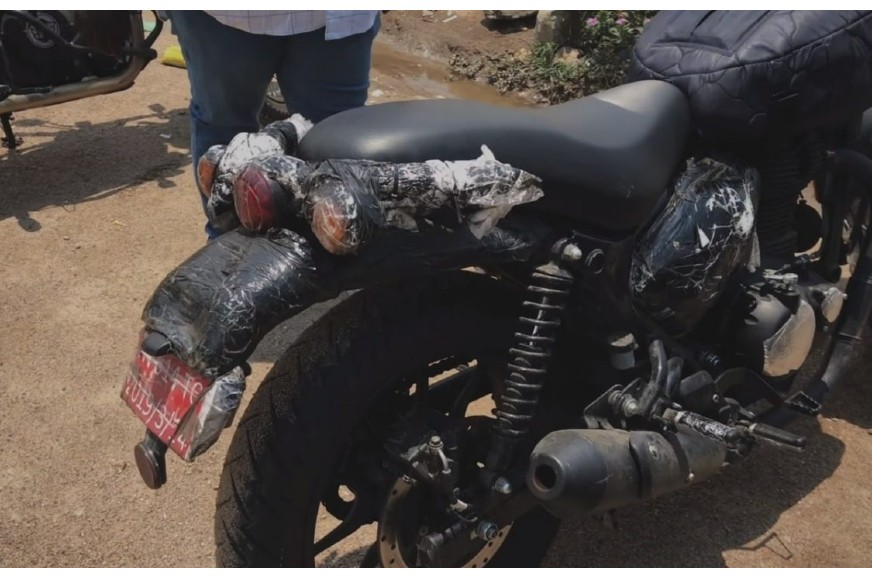 Expected to be launched in August, the Hunter 350 could be the most affordable model in Royal Enfield’s J-platform line-up.

There have been numerous test mule sightings of the upcoming Royal Enfield Hunter 350, steadily revealing new information about what is shaping up to be the most affordable model in Royal Enfield’s J-platform line-up. The Hunter 350 is expected to be launched in August.

The Hunter 350 is set to be the latest addition to Royal Enfield’s line-up to use the new J-platform engine, which first debuted on the Meteor 350 in 2020. The styling, though, will be in stark contrast to the traditionally styled Classic 350 and the familiar cruiser silhouette that the Meteor 350 cuts. The Hunter will feature upright ergonomics with relatively rear-set foot pegs, more akin to a roadster, when compared to the Meteor or even the Classic. The fresh style will place the Hunter as a direct rival to the likes of the Honda H’ness CB350 and CB350RS.

What stays the same underneath the roadster styling is the basic chassis as well as the laidback but likeable J-platform engine found on its siblings, the Classic 350 and Meteor 350. The 349cc, single-cylinder air-cooled engine currently makes 20.2hp at 6,100rpm and a peak torque of 27Nm at 4,000rpm. If there are any performance changes, they are likely to be minor and the architecture of the chassis is expected to remain largely the same, apart from the revised ergonomics.

Currently, the Bullet 350 powered by the ageing UCE mill is the most affordable model in the RE line-up. What remains to be seen is whether the newer and more modern Hunter will undercut the old guard of the Enfield range, the Bullet, at least until the latter receives the J-platform update.

While the spy photos show the Hunter test mule sporting the Tripper navigation pod, it is likely to be an optional extra to keep its price tag on the accessible side and also considering the chip shortage currently plaguing the automotive industry.

As with the Meteor and the Classic line-up, the Hunter will have no shortage of trim levels on offer. When it is officially launched, it will cater to a variety of price points and tastes.

What would be your current pick from RE’s J-platform models? Let us know in the comments below.