RK Roja Becomes Minister in Andhra Govt; Others Who Joined Politics After Acting 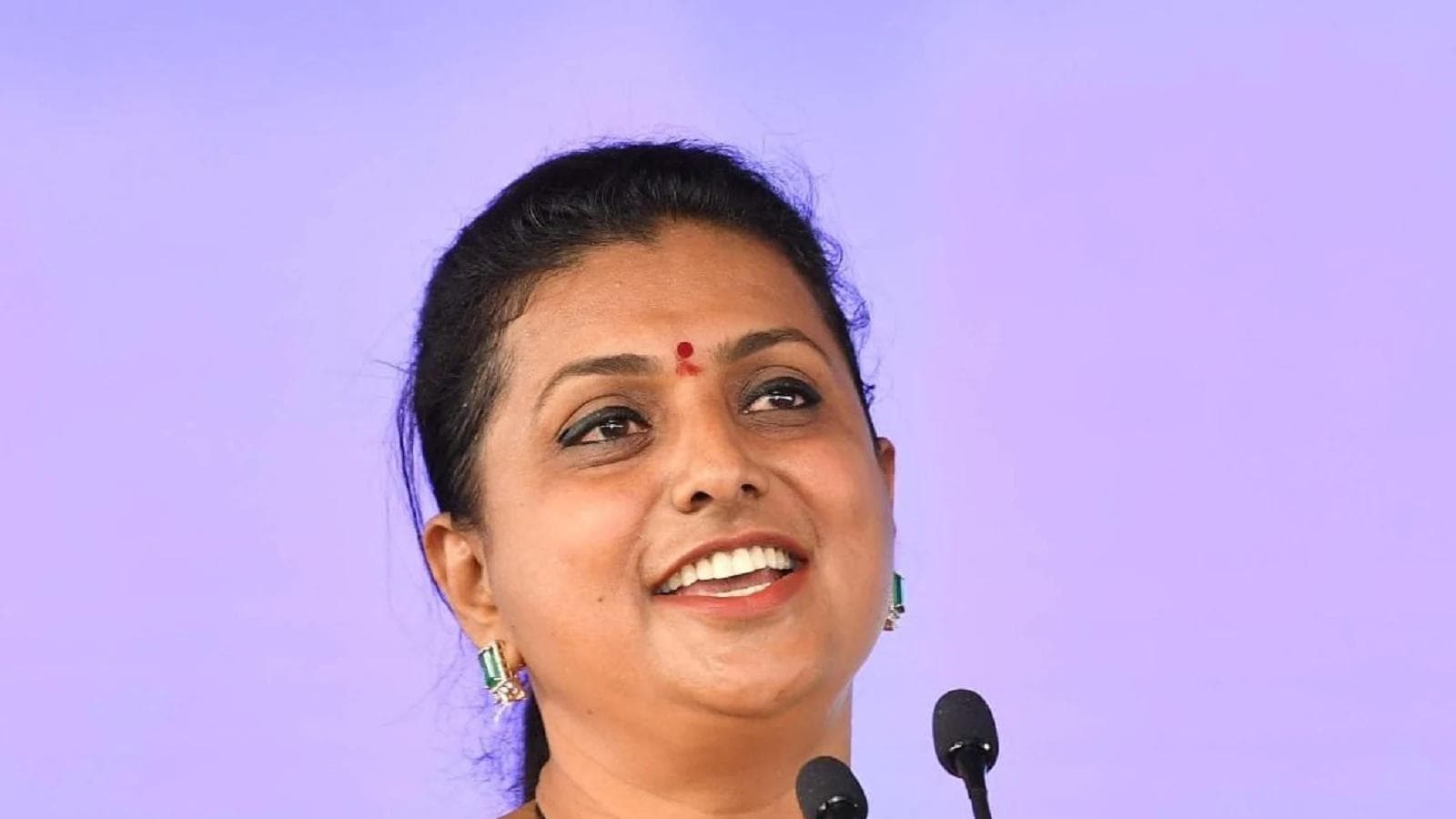 
We have witnessed an almost inseparable link between movies and politics. It is very common for actors to enter politics. Earlier, it was a recurrent theme in the south before actors from Hindi cinema also started following the trend. Today, we will talk about the actors, who joined politics and held prominent positions.

RK Roja entered politics with the Telugu Desam Party after she rose to prominence as a leading lady. She later joined the YCP and was elected as MLA twice in a row. Since then, she has held the position of APIIC Chairman, which is equivalent to a cabinet rank. She was recently sworn in as a cabinet minister by YS Jagan Mohan Reddy.

NTR was a major face of Telugu cinema before he entered politics at the age of 57. He came to power within nine months of founding the Telugu Desam Party and rewrote history. He served three terms as the Chief Minister of Andhra Pradesh.

MGR, as was popularly referred to, served as the Chief Minister of Tamil Nadu until he died in 1987.

The late Jayalalithaa, commonly known as Amma, was also a well-known actress. She took the reins of the AIADMK after the death of MGR. She served as the chief minister of Tamil Nadu for more than 14 years.

The late Dasari Narayana Rao was a versatile intellectual, who made a name as a director, producer, actor, journalist, and Telugu filmmaker. He was the then Coal Minister in the Manmohan Singh cabinet.

Chiranjeevi founded the Republican Party at a time when he was spinning the wheel as a megastar. But he did not succeed in the unfamiliar political arena. He later merged with Congress and served as an independent minister in Manmohan Singh’s cabinet for several years. Now the megastar is busy with movies.

Babu Mohan, who made his political debut with the TDP, was the Labor Minister in the Chandra Babu Naidu cabinet in joint Andhra Pradesh. Currently, he is with the BJP.

Naramalli Sivaprasad’s acquaintance with Nara Chandrababu Naidu led him to enter politics. In 2009 Chittoor Parliamentary seat was reserved for SC and from there he contested and won as an MP for Telugu Desam Party. He then won a second term as an MP in 2014.

Sunil Dutt was a five-time MP from Mumbai North East. Before that, Dutt had acted in several super hit films. He also served as a minister in the Manmohan Singh Government.

Kumaresan Duraisamy aka Napoleon was also known as an actor. He was also a Union Minister in Manmohan Singh’s Cabinet. He served as an MP for the DMK.

The late Kannada rebel star Ambareesh also served as the Union Minister of State for Information and Broadcasting in the Manmohan Singh government.