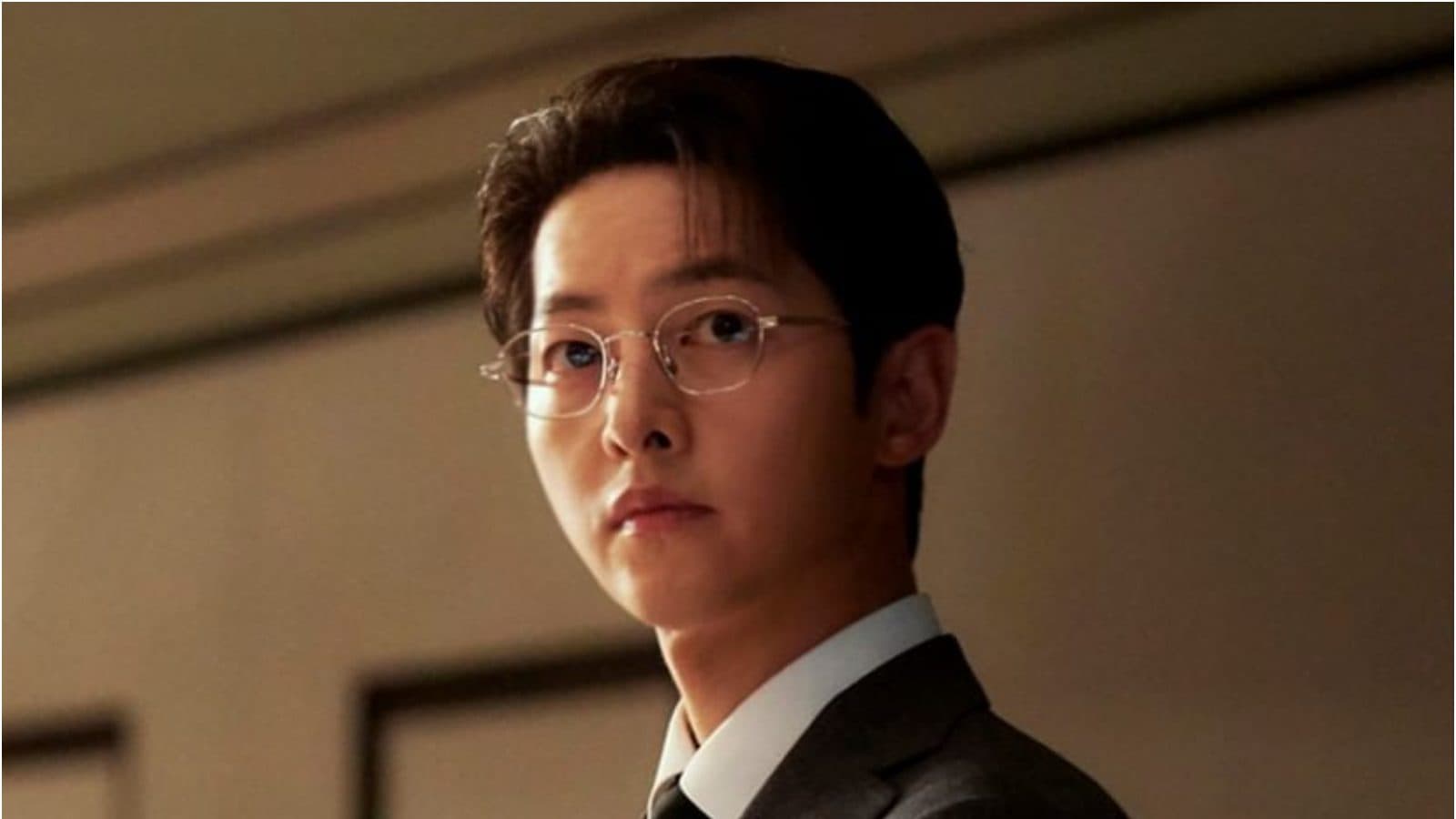 
Reborn Rich Ep 1, 2, 3 Review: The long-awaited comeback has finally happened! Song Joong-ki returned to the small screen with his new K-drama Reborn Rich. Unlike traditional K-dramas which air only two episodes a week, Reborn Rich is giving fans the chance to watch their favourite Oppa on-screen thrice a week. Before I dive into the Reborn Rich review, I must confess, the first time I heard about the show’s premise, my Bollywood brain instantly thought of Karz, Om Shaanti Om, and even Karan Arjun. To a very pleasant surprise, the show is about reincarnation but unlike something I’ve seen before.

To begin with, Reborn Rich — as the title already reveals — is about a person who is reborn into a rich family. The person in question here is Yoon Hyun-woo played by Song Joong-ki. The first episode is set in the present showing Jin Do-joon as the perfect employee at the Soonyang Group. He does everything from bringing back the chairman’s son from hiding to fixing toilets with no questions asked. However, his one question takes him to his death.

The company is under the scanner for embezzlement and fraud. Public prosecutor Seo Min-young (Shin Hyun-bin) is deep into the case, digging out every possible detail she can to bring down the Soonyang Group’s empire. Unfortunately for her, Yoon Hyun-woo is already walking four steps ahead of her, clearing all the possible hiccups the illustrious family could face. His only mistake, he decided to put his brain into the job and found out that someone in the company had been ‘funding’ money in a subsidiary company that is present only on paper.

When he confronts his manager about it, his manager tries to get rid of the proof. However, Yoon Hyun-woo took pictures of the proof and shows it to one of the family members. As a reward for his loyalty, he is informed that strict actions will be taken towards the embezzlement. All Yoon Hyun-woo had to do was travel overseas and encash the money from the private account.

Now, Yoon Hyun-woo was a threat to the Soonyang family for he knew too much. To no one’s surprise, Yoon Hyun-woo was shot and thrown off the cliff. However, what followed came as a massive surprise. While I anticipated him to be ‘reborn’ in the future, he ends up being reborn in the past, and that too as the youngest son of the Soonyang family. He is seen trapped in a 10-year-old Jin Do-joon. While he identified everyone from all that he read about them, he felt like a misfit for he wasn’t able to comprehend what was going on.

Eventually, he comes to terms with his new life. Instead of accepting his new life and living it luxuriously to forget the past, Jin Do-joon begins to plot his revenge. Impressing everyone with his knowledge of the future, he starts rewriting history by changing the course of a number of events, including saving his grandfather Yang Cheol from his tragic death. Impressed with his futuristic vision, his grandfather offers to name a gift he wants. Jin Do-joon says he wants the Bundang land. While the land seems neglected, for now, Jin Do-joon knows the future holds something bigger.

As years pass by and he joins college where he bumps into Seo Min-young. Only this time, she is not a public prosecutor but a timid college student. However, the point of discussion in the third episode is the buying of Hando Steel. The Chairman of Soonyang decides to test who is a better fit as a successor so he tells his sons that they should try acquiring Hando Steel without using money. While Yang Cheol is hunting for the perfect fit, Jin Do-joon — upon returning from the US — makes his way to the chairman’s office and finds the Hando file on his desk. Soon enough, he learns that Yang Cheol has set up Mason Oh to buy out the company that was on the verge of bankruptcy at an estimated value of $500 billion. While more details are expected to emerge in the coming episodes, all I can say is I’m already hooked to this!

Reborn Rich is a refreshing change from the ongoing K-dramas. While Song Joong-ki is still carrying the armor of Vincenzo owing to his suits and his character belonging to a rich family, it seems like his character could come into its own shape as the episodes proceed. As we wait for his character to develop, Reborn Rich is rich in writing.

Based on the web novel by San Kyeong, Kim Tae-Hee is managing to draw audiences into a spider-web that is taking time to get entangled in but it is intriguing enough to keep going. Writing a show where all the supporting characters play a pivotal role is a difficult task and while Reborn Rich is off to a good start with that, it is to see if it keeps up with it.

However, the pace needs to amp up a bit. Understandable that the first three episodes are slower to help audiences understand who is who. But if the episodes continue at this pace, they will appear to be like a slow mini-movie we are tuning into thrice a week.