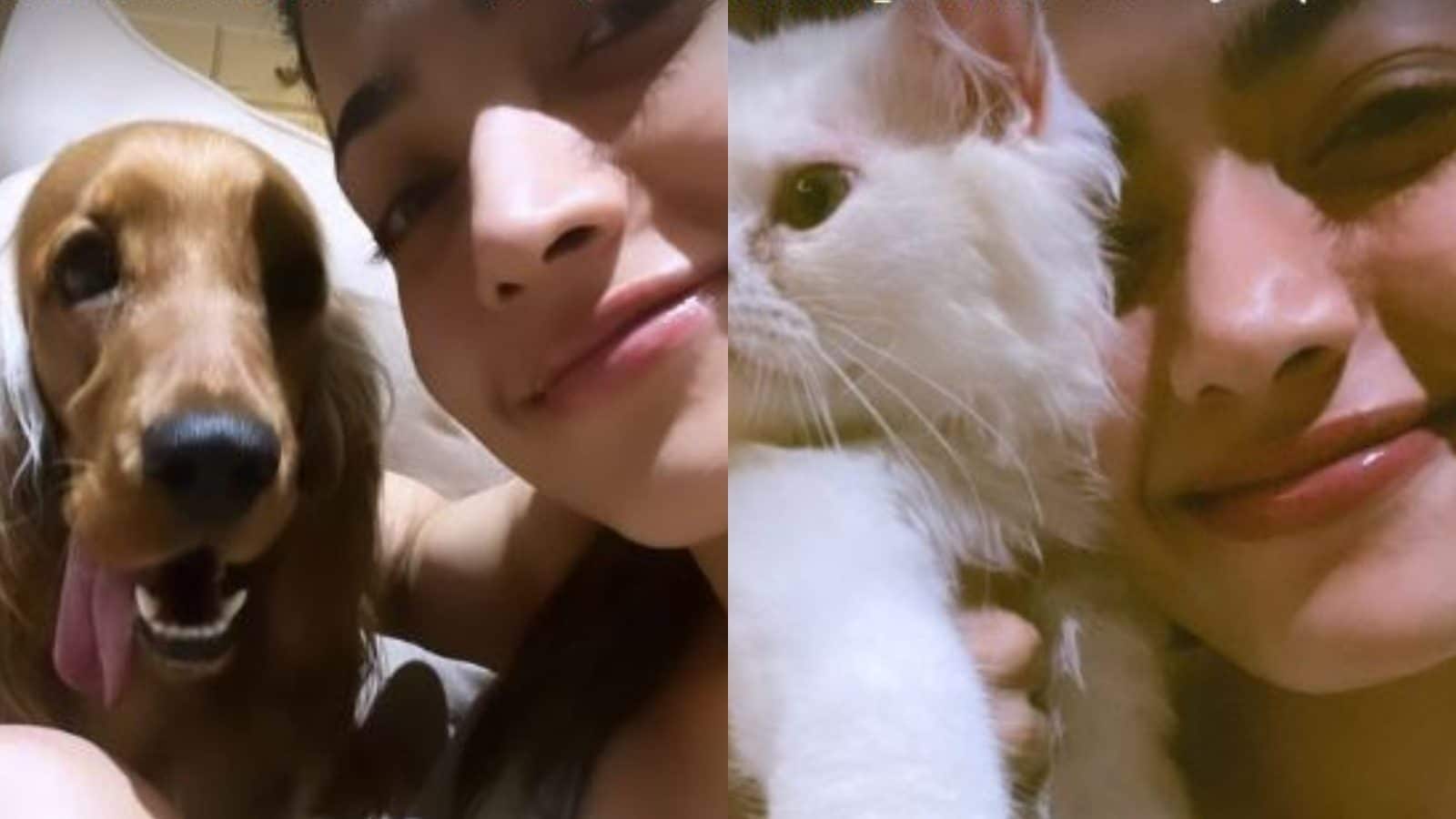 
Rashmika Mandanna is not only a popular actress but also an avid social media user. Having carved a name for herself with hits like Pushpa and Kirk Party, the South actress made her way into the hearts of fans who adore her for her talent and charisma. When she is not on the set, Rashmika likes to update her social media feed with pictures and videos.

On Thursday, the actress took to her Instagram stories to share pictures with her pet dog Aura and pet cat Snow. In the first snap, which was a selfie with her cute Cocker Spaniel Aura, Rashmika Mandanna can be seen smiling for the camera while Aura joins in to make it a perfect shot.

She wrote, “Aura smiles for you. It’s been a while my baby.” In the next photograph, Rashmika held her cuddle-worthy cat Snow close to her face. Along with the picture, she captioned it, “Me: Snow Say Hi!..Snow: Get away from me human.”.

However, in the most recent pictures, she posted a collage of her pets relaxing on the bed. She wrote, “How my morning looked!”. Adding to the picture, she also wrote, “But I got to say, they sleep like little logs! I actually have to put some effort there to wake them up. I’ve definitely trained them well.” 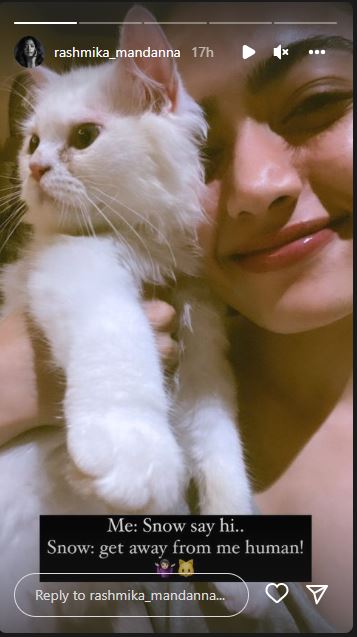 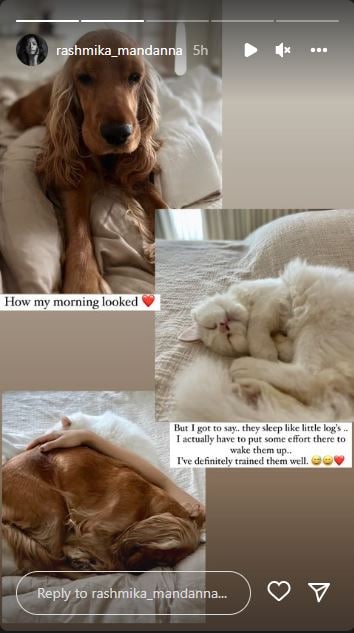 Recently, Rashmika Mandanna was seen opposite Dulquer Salmaan in Sita Ramam. Bankrolled by Aswini Dutt under the Swapna Movies and Vyjayanti Movies banners. Written and Directed by Hanu Raghavapudi, the movie also featured an assorted star cast of Sumanth, Tharun Bhascker, Gautam Vasudev Menon, Prakash Raj and Jishu Sengupta to name a few. The music for the film was composed by Vishal Chandrasekhar and the cinematography was helmed by P.S Vinod and Shreyaas Krishna.

The periodic love story of the film unfurled in two different time segments. While the first and main premise was set against the backdrop of the Indo-Pak war of 1965, the other storyline took place in the present. Dulquer Salmaan essayed the role of Lieutenant Ram who was romantically entangled with Sita Mahalakshmi (played by Mrunal Thakur) through a series of love letters in 1965. Meanwhile, Afreen (played by Rashmika Mandanna) was seen trying her best to figure out the story of Ram and Sita.

Sita Ramam has managed to collect Rs 33 crore worldwide in six days. On its seventh day, the film earned even more. The film’s positive word of mouth has remained so strong that the box office collection has been seeing a gradual incline.