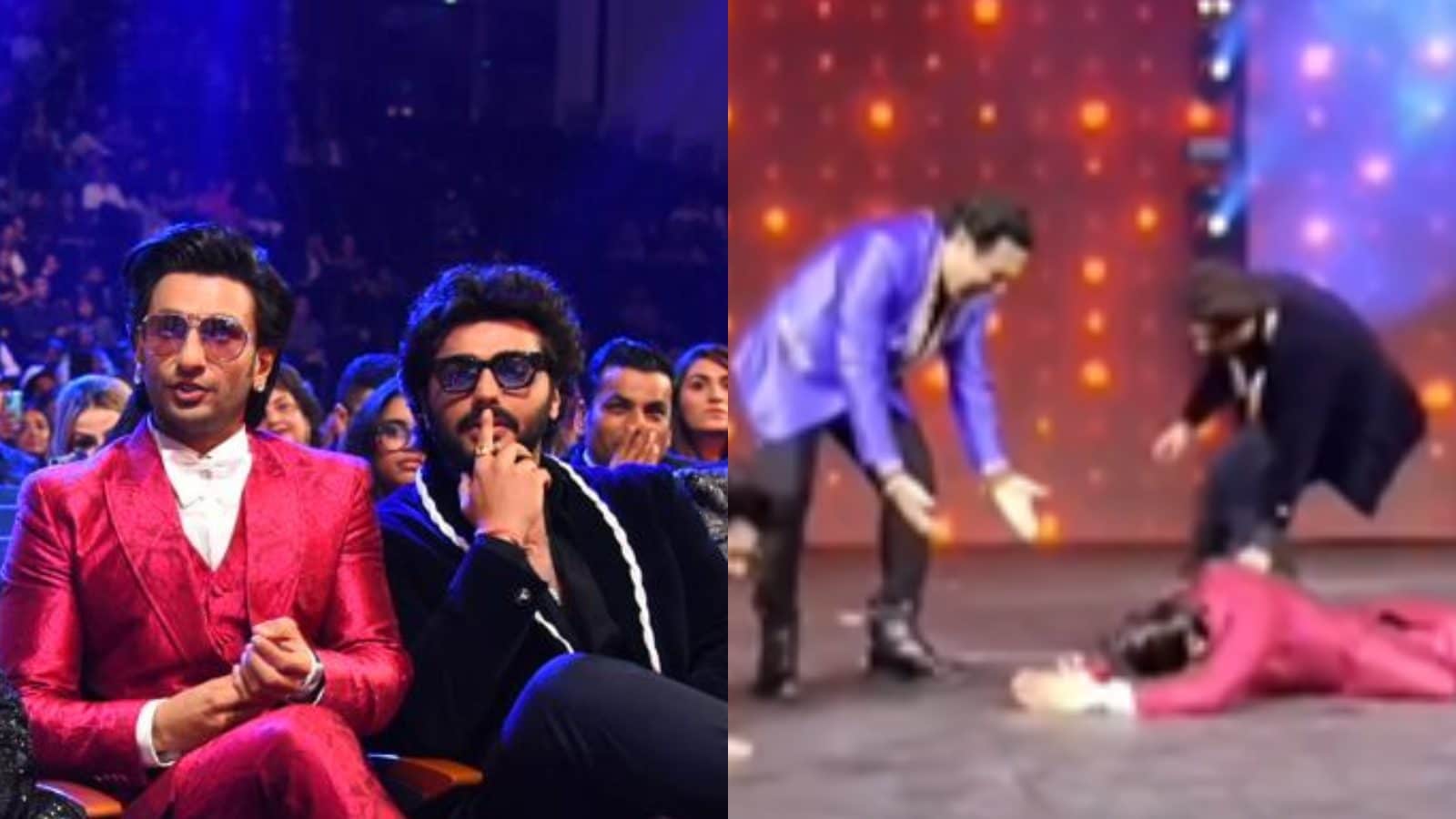 
It was a night to remember for the 90s kids Ranveer Singh, Arjun Kapoor, Ayushmann Khurrana, and Maniesh Paul as they watched Govinda perform his biggest hits at the Filmfare Middle East Achievers Night in Dubai. A video was shared by a paparazzo on Instagram showing Ranveer, Arjun, and Manish rushing to the stage after Govinda wrapped his fire-cracker of a performance.

In the video, In the video, Govinda ended his performance by dancing to G Phaad Ke from his film Happy Ending. While he rocked the stage, his wife was surrounded by Ranveer, Arjun, Maniesh, and several others, who vibed with Govinda off-stage. As soon as his performance ended, Ranveer ran onto the stage with Arjun, Maniesh and Ayushmann in tow and fell on his feet. Govinda, moved by the gesture, blessed four of them.

Watch the video below:

In another video, Govinda was seen performing his song Aap Ke Aa Jane Se from Khudgarz while Ranveer Singh, Arjun Kapoor, Ayushmann Khurrana, and Nushrratt Bharuccha danced along with him off stage.

Shehnaaz was also honoured with a trophy. However, what left everyone emotional was Shehnaaz’s acceptance speech. The actress dedicated her award to Sidharth Shukla and thanked him for being a part of her life. Ranveer also broke down while accepting an award at the show. In his speech, he spoke about his initial days in Bollywood and how his family supported him through it all.