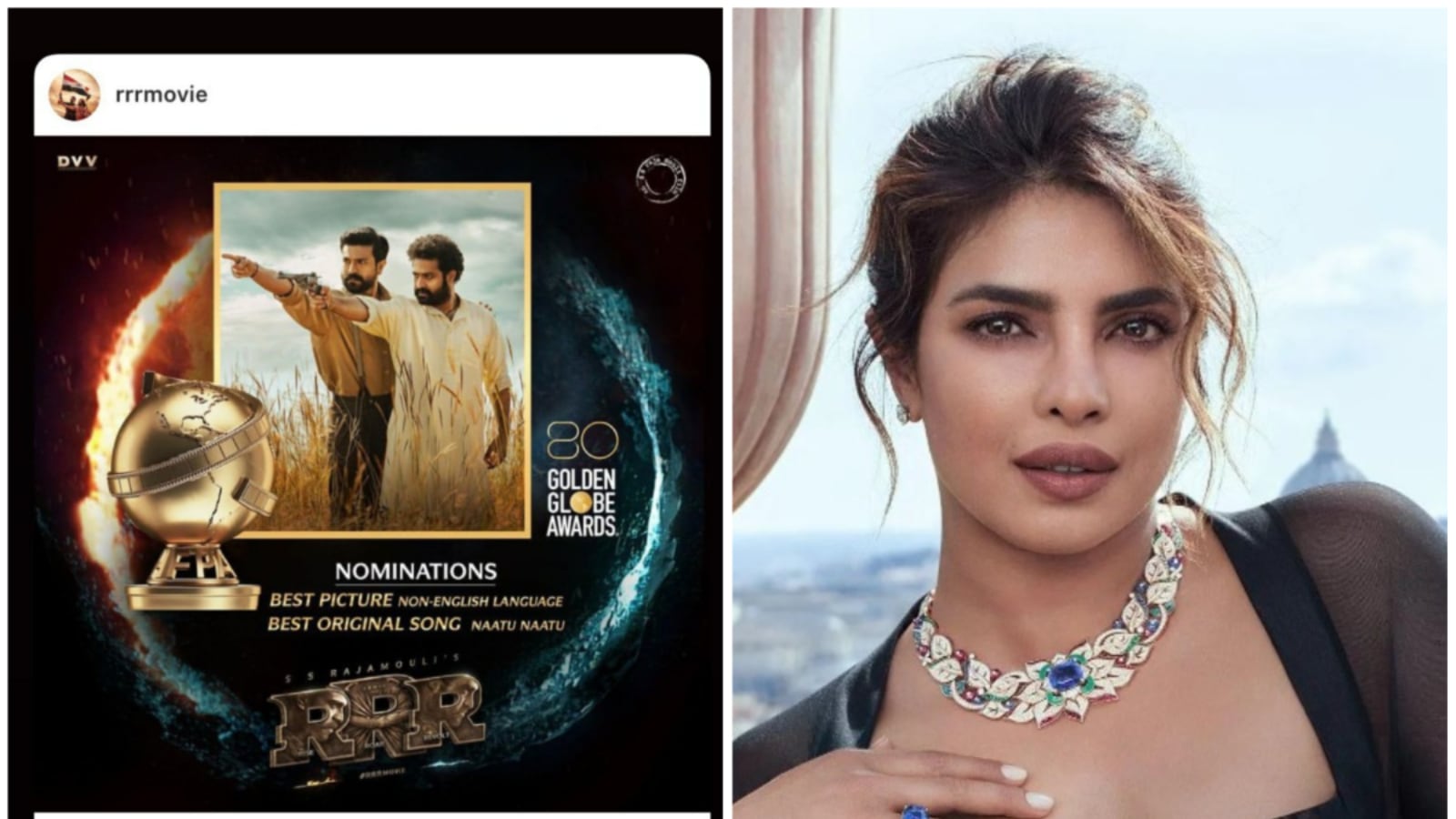 
The SS Rajamouli directorial RRR has been basking in success ever since it was released and has broken several records. The magnum opus featuring Ram Charan and Jr NTR in the lead roles has received global attention with its marvellous cinematic language. The epic action film, which has been nominated to the Oscars for 14 categories has now also earned two nominations at the prestigious Golden Globe Awards 2023. The film has been nominated under the Best Motion Picture (Non-English) and best song categories for the awards. Priyanka Chopra congratulated the team for achieving another milestone.

The nominations for the awards were announced on December 12. For the last two days, the makers have been hogging the limelight. Priyanka shared the nomination post from RRR’s official page on her Instagram story and penned a congratulatory message for team RRR. “Congratulation SS Rajamouli, Jr NTR, Ram Charan, Alia Bhatt and the entire team RRR movie,” the embedded text in the story read.

Earlier SS Rajamouli also expressed his gratitude to the jury and audience. “Thanks to the jury at Gloden Globes Awards for nominating RRR Movie in two categories. Congratulations to the entire team…Thanks to all the fans and audience for your unconditional love and support throughout (sic),” he tweeted.

Thanks to the jury at @goldenglobes for nominating #RRRMovie in two categories. Congratulations to the entire team…Thanks to all the fans and audience for your unconditional love and support through out. 🤗🤗🤗

Even Vivek Agnihotri, Ram Charan and others congratulated the team and SS Rajamouli for the milestone.

Released in March this year, RRR is based on a fictional tale of Indian revolutionaries – Alluri Sitarama Raju and Komaram Bheem. The film is set in the 1920s when India was under British colonial rule. Other than Ram Charan and Jr NTR, the film also features Alia Bhatt and Ajay Devgn in key roles. The film earned close to Rs 1,200 crore worldwide at the box office.

Recently, in an interview, SS Rajamouli confirmed that they have developed an exciting idea for the second instalment of RRR. However, the writing of the script is still in the early stage to reveal anything. The film is expected to go on the floor soon after the filmmaker finishes his upcoming project with Mahesh Babu.