More
HomeEntertainmentPictures From Vicky Kaushal-Katrina Kaif Wedding are Here. Thanks to This Actor
Entertainment

Pictures From Vicky Kaushal-Katrina Kaif Wedding are Here. Thanks to This Actor 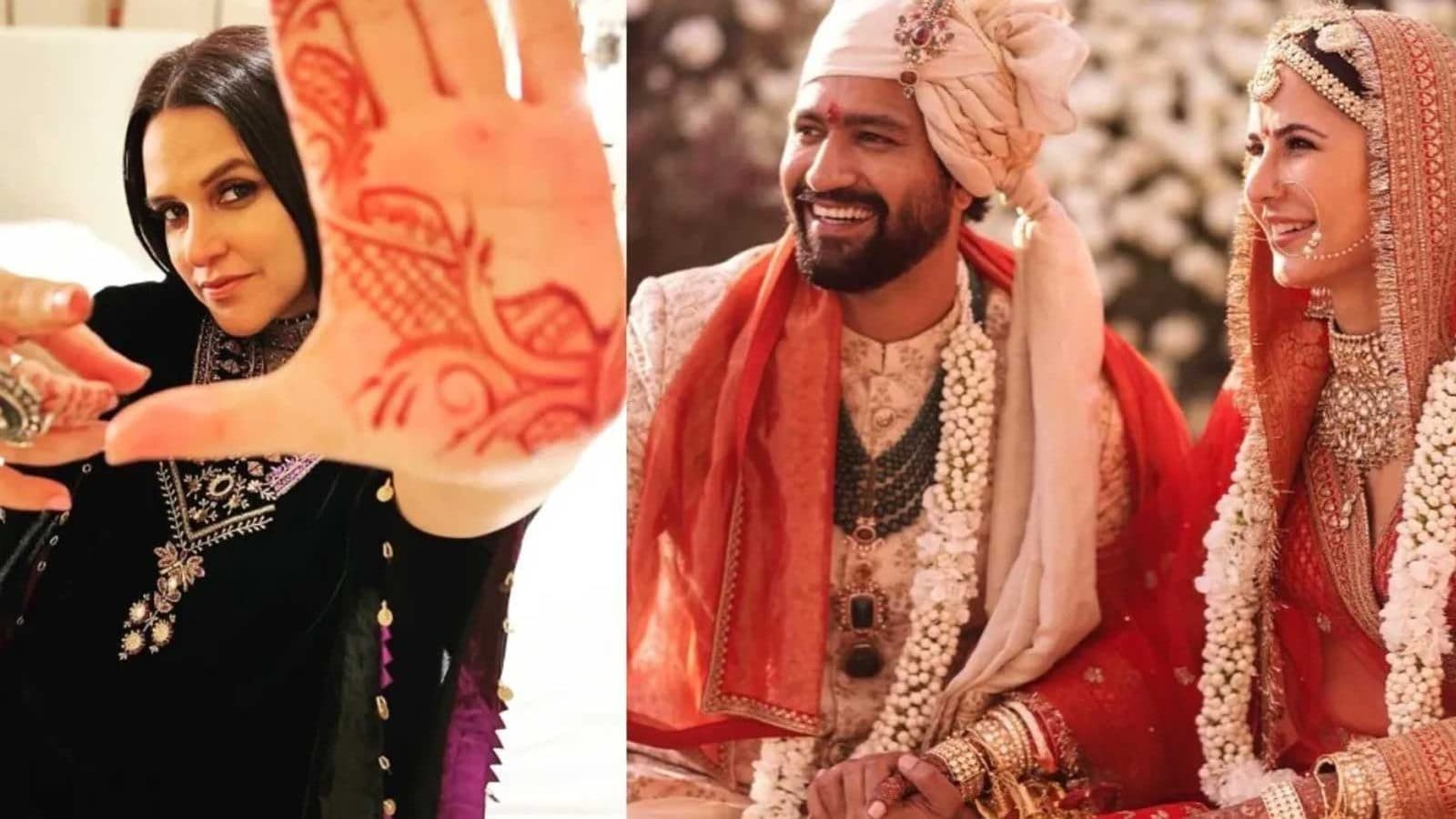 Neha Dhupia recently shared some photographs from Vicky Kaushal and Katrina Kaif’s wedding on Instagram and Twitter. In the pictures, the actor and TV judge is with her husband Angad Bedi, Mini Mathur, Sharvari Wagh and director Kabir Khan.

In December 2021, Vicky Kaushal and Katrina Kaif got married at a Rajsthan resort. Fans of Vicky and Katrina’s wedding have barely seen any inside pictures of the ceremony, apart from the bride and groom’s. However, on Friday, January 14, Neha Dhupia shared some amazing moments from their marriage ceremony.

In the photographs, Neha Dhupia and her husband Angad Bedi can be seen posing for the camera in their traditional outfits, with rose petals scattered around them, making the picture look mesmerising.

Neha has also shared a picture with director Kabir Khan, who looks dapper in a black and golden sherwani. She has also shared some stunning pictures with her girl gang on her official Twitter account. Neha has described her gang as ‘Barati’. In the caption, she writes, “#throwback … #baraatis be like … for the love of #Vicky and #katrina.”

The photos that Neha shared on her Instagram were clicked by international award-winning photographer, Joseph Radhik. The photos are going viral and have received 25,000 likes and 100 comments.

Vicky and Katrina celebrated Christmas and Lohri together. According to the reports, to celebrate the completion of one month of marriage, Katrina had gone to meet Vicky in Indore, where he was shooting for his upcoming film.