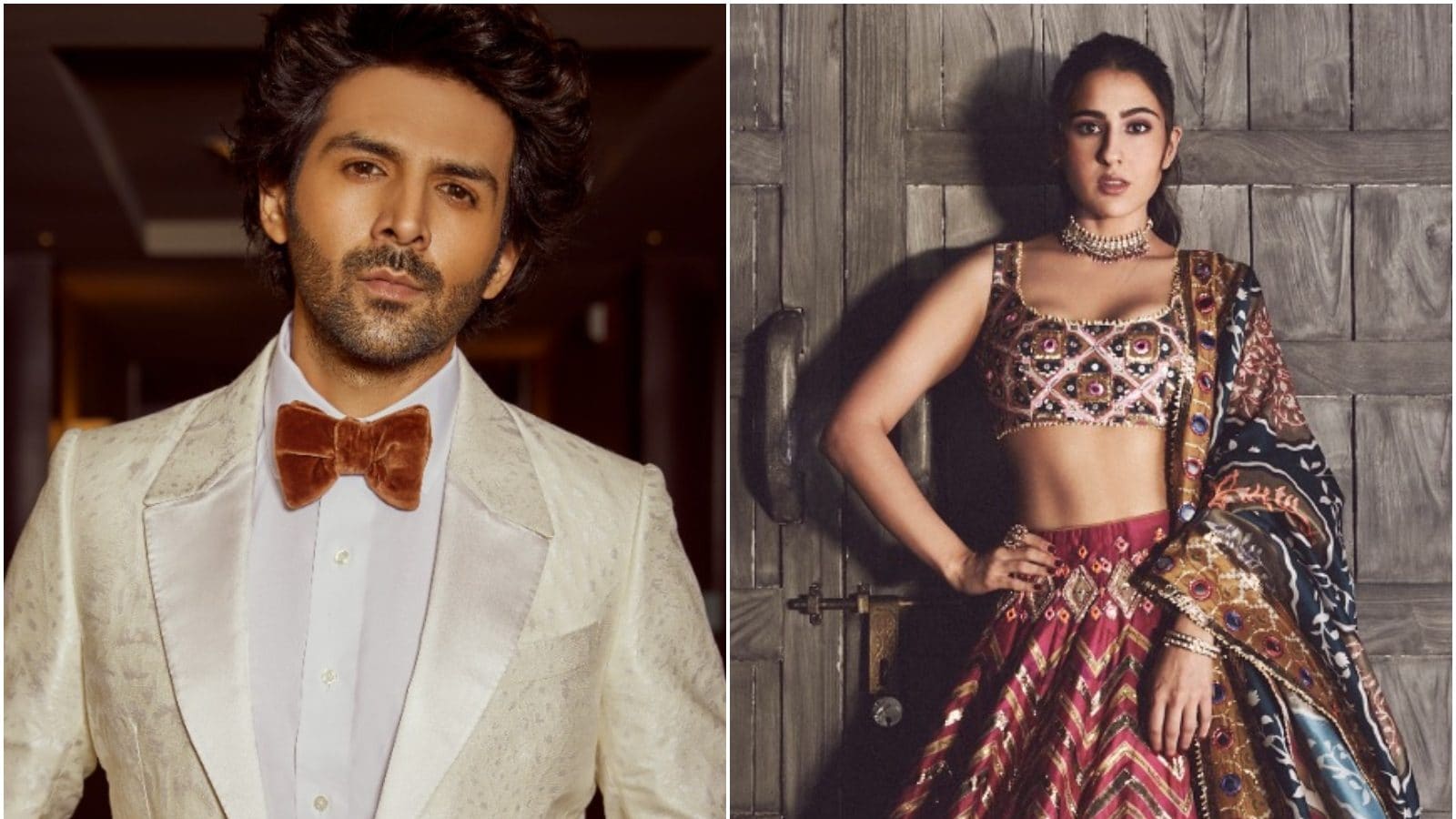 
Rumoured exes Sara Ali Khan and Kartik Aaryan were recently spotted having a conversation together at fashion designer Manish Malhotra’s star-studded Diwali party. Pictures of them speaking one-on-one have now gone viral on Instagram and seem to have sent fans into a frenzy. While the duo arrived separately at the celebrity bash, they found a minute to chat with each other. Kartik and Sara never confirmed their relationship but have alluded to something special on many occasions.

Take a look at the picture here.

Sara was clad in a gorgeous, shimmery beige-coloured lehenga by Malhotra himself. She paired it perfectly with a sweetheart neck blouse and a matching dupatta with heavy thread work. The actress arrived at the couturier’s house with brother Ibrahim Ali Khan who chose a white kurta pyjama set. Meanwhile, Kartik wore a white kurta set too and teamed it with a pale blue jacket and floral motifs.

Several Instagram users left comments under the post as well. One user wrote: “Haye cuties together they look bawaal.”

As for Sara and Kartik, last month too, the rumoured ex-couple was seen together at the OTT Play awards 2022. The young duo sat next to each other and seemed to not run out of things to chat about.

Take a look at them here.

Recently, when Sara appeared on Koffee With Karan, where Karan Johar confirmed that the actress dated Bhool Bhulaiyaa 2 actor in the past. “Last time you were on this couch, you made a public announcement that you wanted to date Kartik Aaryan and that did happen,” he said to which Sara promptly added, ‘Yeah’.