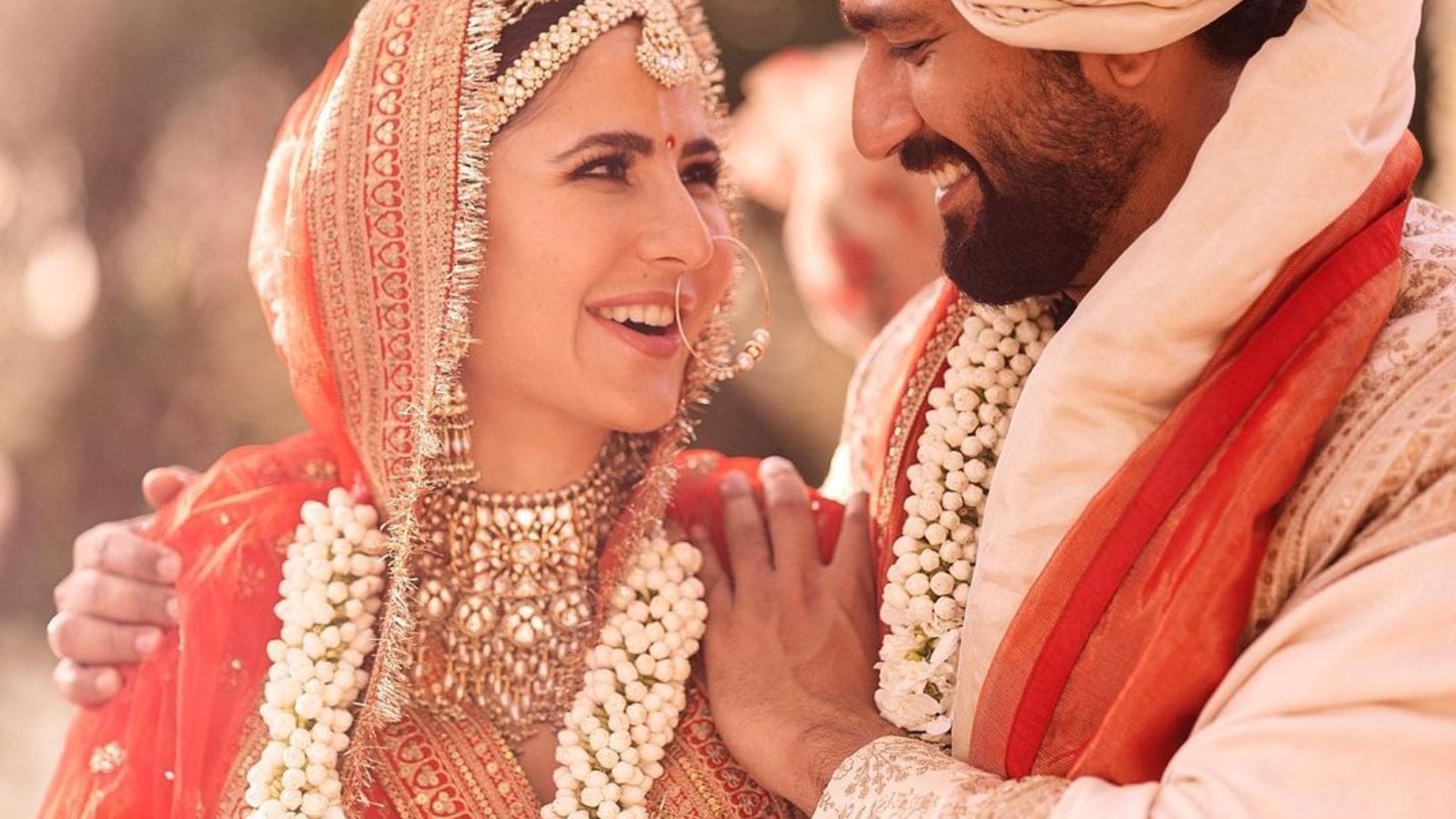 
It’s a time to wish the most-adored Jodi of B-town, a very Happy Anniversary. Yes, it’s been a year since Vicky Kaushal and Katrina Kaif tied the knot in a lavish wedding. Ahead of their wedding, the couple is now spending some time on vacation. Recently, Katrina took to her Instagram account and shared adorable pictures from the hills, which were clicked by none other than her husband, Vicky.

Well, their wedding went down as one of the most talked-about weddings in Bollywood. As they complete one year together, let’s take a look back at how their love story blossomed from friendship to marriage.

It all started on the Koffee With Karan show when Katrina Kaif confessed that she might look good with Vicky Kaushal. In another episode, when Karan told Vicky that Katrina loved his work in Uri and said that they would make a good pair on-screen, Vicky was on cloud nine to learn about it.

Post that, Vicky and Katrina were invited to Anupama Chopra’s podcast show. The chemistry between the two was clear on the show. Following this, rumours spread like wildfire that the actors have started dating each other.

There were many instances when Vicky indirectly tried to convey his feelings for Katrina. The two were even spotted together on several occasions, functions and events, making fans wonder what was going on around them.

Katrina Kaif and Vicky Kaushal dated each other for two long years but kept their relationship a hush-hush affair. The two tied the knot on December 9, 2021, in an intimate wedding ceremony in Rajasthan. Kabir Khan, Mini Mathur, Vijay Krishna Acharya, Neha Dhupia and Angad Bedi were among the guests who attended the wedding.

Katrina and Vicky are the most-adored Bollywood couples today. The lovebirds often serve relationship goals and their Instagram pictures are proof of their eternal bond.

Share
Facebook
Twitter
Pinterest
WhatsApp
Linkedin
ReddIt
Email
Telegram
Viber
Previous article
Amazon reassessing some India experiments: Manish Tiwary; US tech layoffs may increase demand for EB-5 visas
Next article
All You Need To Know About International Day Of Commemoration And Dignity Of The Victims Of The Crime Of Genocide And Of The Prevention Of This Crime
MORE TRENDING ARTICLES
More
Entertainment