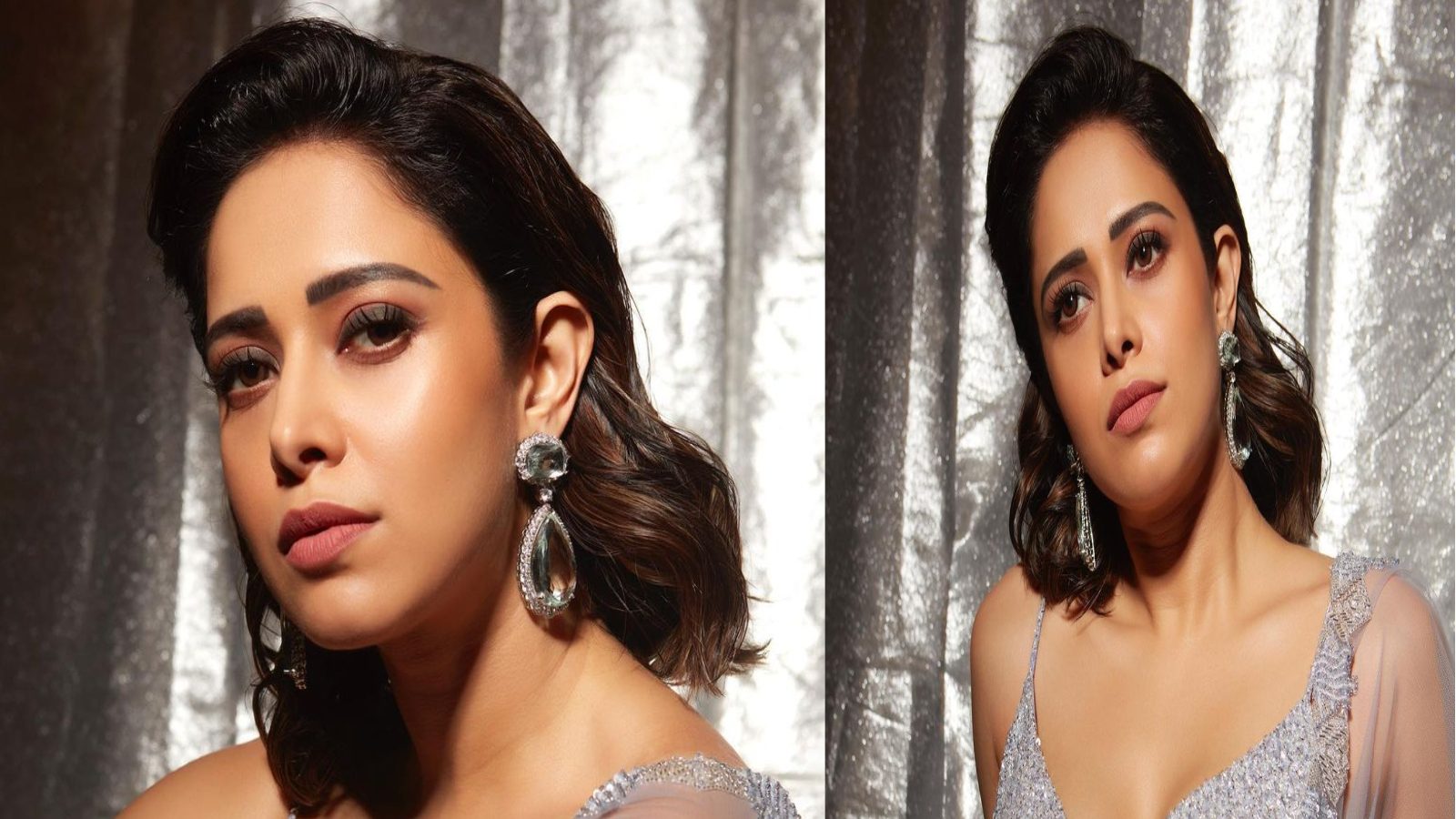 
Nushrratt Bharuccha’s penchant for stunning ensembles whether it is glamorous lehengas or casual outfits is no secret. From social outings to professional events, the actress often leans on alluring fashion choices that make heads turn. Recently, the actress posted a few pictures of herself all dressed up in an ethnic ensemble. She wore the dazzling silver sequined lehenga which she teamed up with her stylish yet elegant silver earrings from the shelves of Anayah Jewellery. In case you missed seeing this ensemble, here is the complete breakdown of its intricate details and beautiful artistry.

Nushrratt draped herself in the iconic silver sequined lehenga with a plunging neckline and sequin details. She chose a long flowy silver sequined skirt with heavy embellishment details. This time too, Nushrratt Bharuccha impressed the audience with her aesthetic look. The sequins on her outfit were enhanced with intricate embroideries that make it everyone’s favourite.

Nushrratt Bharuccha’s pick truly deserves a round of applause. Every time, the actress brings something new to the fashion realm, it not only impresses her fans but also fashion enthusiasts. Just after the actress posted her photos on her Instagram, many fans and friends from the industry showered compliments on her.

While this look of Nushrratt has our hearts, a few days back, the actress adorned a green lehenga with a slightly brown touch. The attire undoubtedly made her look phenomenal. She accessorised it with a statement neckpiece.

Work-wise, Nushrratt Bharuccha recently made her screen presence with the movie Ram Setu. The other cast of the film includes Akshay Kumar, Jacqueline Fernandez, Satyadev Kancharana and more.