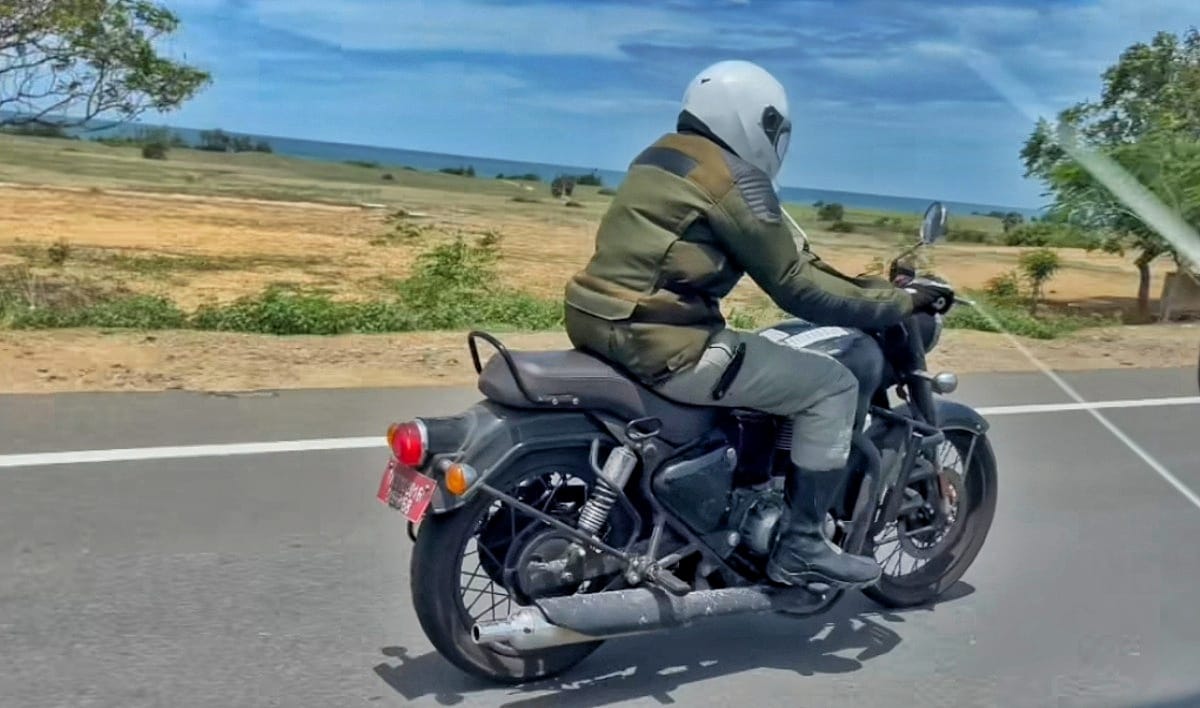 The upcoming Bullet 350 is expected to be powered by the same J-series engine found on other 350cc offerings from the Chennai-based manufacturer. Currently, this engine is good for 20hp and 27 Nm in the three models it underpins, and these figures are likely to remain unchanged in the Bullet 350 as well. Nestling this engine is the same double-downtube frame derived from other new-age Enfields, which will do away with the utilitarian single-cradle unit.

The design of the Bullet 350 remains largely the same as the Classic 350, with a few distinguishing touches. For starters, the two-piece seat is replaced by a single-piece unit on the Bullet 350, and the design of the rear fender is different to the Classic as well. The bike spotted here features the same tail-lamp and indicators as the Classic 350, and that will most likely carry forward to the production-ready model as well. While the current UCE-powered Bullet 350 doesn’t have any electronic features to boast of, the upcoming model will most likely feature the Tripper navigation pod (at least as an optional extra).

Currently, the Bullet 350 is priced between Rs 1.48 lakh-1.63 lakh (ex-showroom, India), making it the most affordable model within RE’s current line-up. Although, with the bevy of changes that this new model will bring to the table, we expect it to command a significant premium over the current model. With the Hunter 350 priced between Rs 1.50 lakh-1.68 lakh, it remains to be seen whether the Bullet 350, in J-series guise, will retain the tag of the most affordable RE or if the Hunter 350 will take over the mantle of the entry point to the company’s vast world.

Rivals to the Bullet 350 will include the likes of the Honda H’ness CB350, Benelli Imperiale and the Jawa.

Would you pick the upcoming Bullet 350 over its rivals? Let us know in the comments section below.