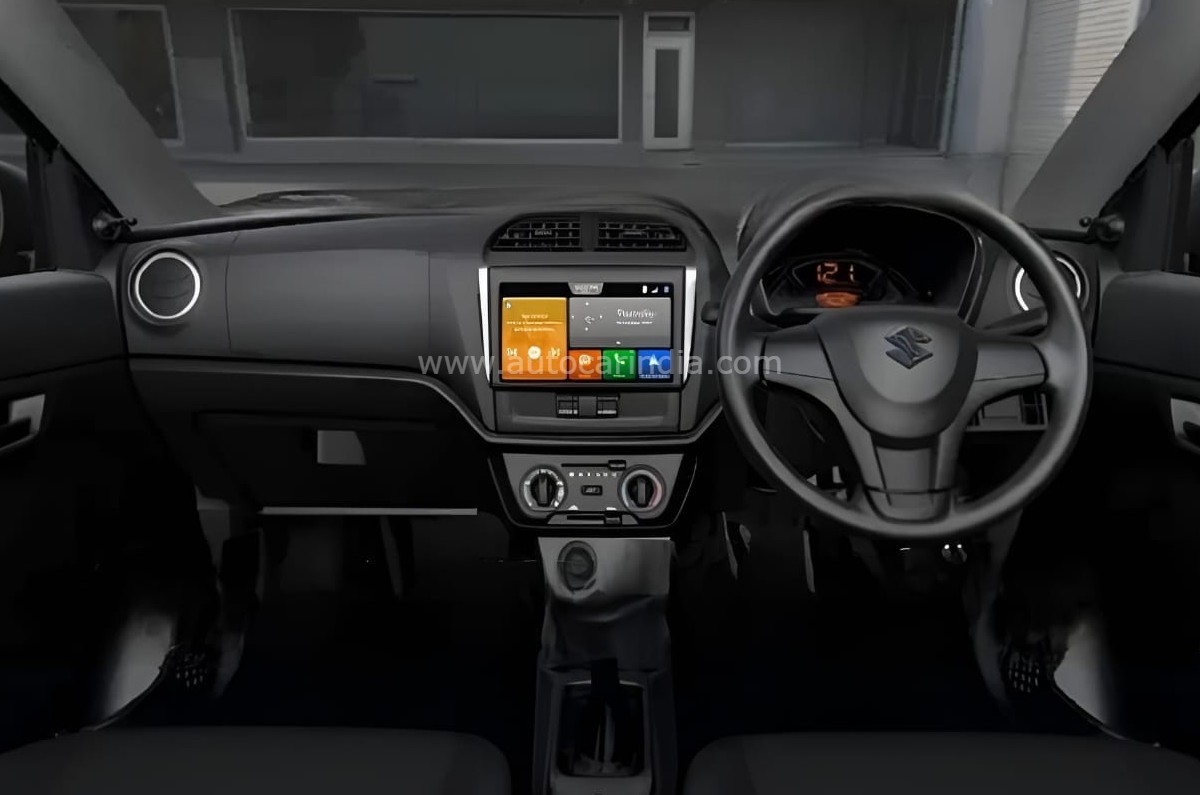 The new Alto K10 will only launch with the 1.0-litre engine and come in six colour options.

Maruti Suzuki will launch the all-new Alto hatchback on August 18 in India and it will be sold alongside the existing Alto 800. A day after the dimension and variant details were revealed, the exterior and the interior pictures of the model have surfaced online via a leaked brochure. As can be seen in the pictures, the new Alto K10 is completely redesigned, with styling cues inspired by the second-generation Celerio.

On the outside, the new Alto K10 sports an overall round shape, with wide sweptback headlamps and a hexagonal-patterned grille that sits lower on the bumper. The first image looks like an accessory pack, with additional orange and brown inserts.

From the side, it has a traditional glasshouse and prominent shoulder line. And like the Celerio, the new Alto K10 gets lift-up door handles. The images suggest that Maruti will offer two different hubcap designs, and an option of alloy wheels. At the rear, the new Alto K10 looks most similar to the Celerio at first glance. However, certain details like the design of the tail-lamps, the rear hatch and the bumpers separate the two hatchbacks on a closer look.

The cabin of the new Alto K10 gets an upright dashboard design, with a touchscreen infotainment system taking centre stage. Like the Celerio and the S-Presso, the new Alto K10 will have the window switches on the dashboard. The picture suggests that the new hatchback will not get steering wheel-mounted controls, at least on some variants. Also noticeable is the manual adjustment for the wing mirrors. Expected equipment includes Apple CarPlay, Android Auto, ABS, dual front airbags, and ESP.

As we had reported earlier, the new Alto K10 will get a total of 12 variants with eight manual and four automatic. The leaked brochure also suggests that the new hatchback will get multiple accessory packs and would be available in a total of six colour options.

The new Alto K10 hatchback will be based on Maruti Suzuki’s Heartect platform and will be powered by the 69hp, 1.0-litre K10C petrol engine that was recently added to the updated S-Presso. Meanwhile, the 48hp, 0.8-litre engine will only be reserved for the ongoing, current-gen Alto 800, for the time being. Like other Maruti Suzuki products, the new Alto K10 is likely to get a CNG option in the near future. When launched, the Alto K10 will take on the Renault Kwid as its sole rival in the budget hatchback segment.