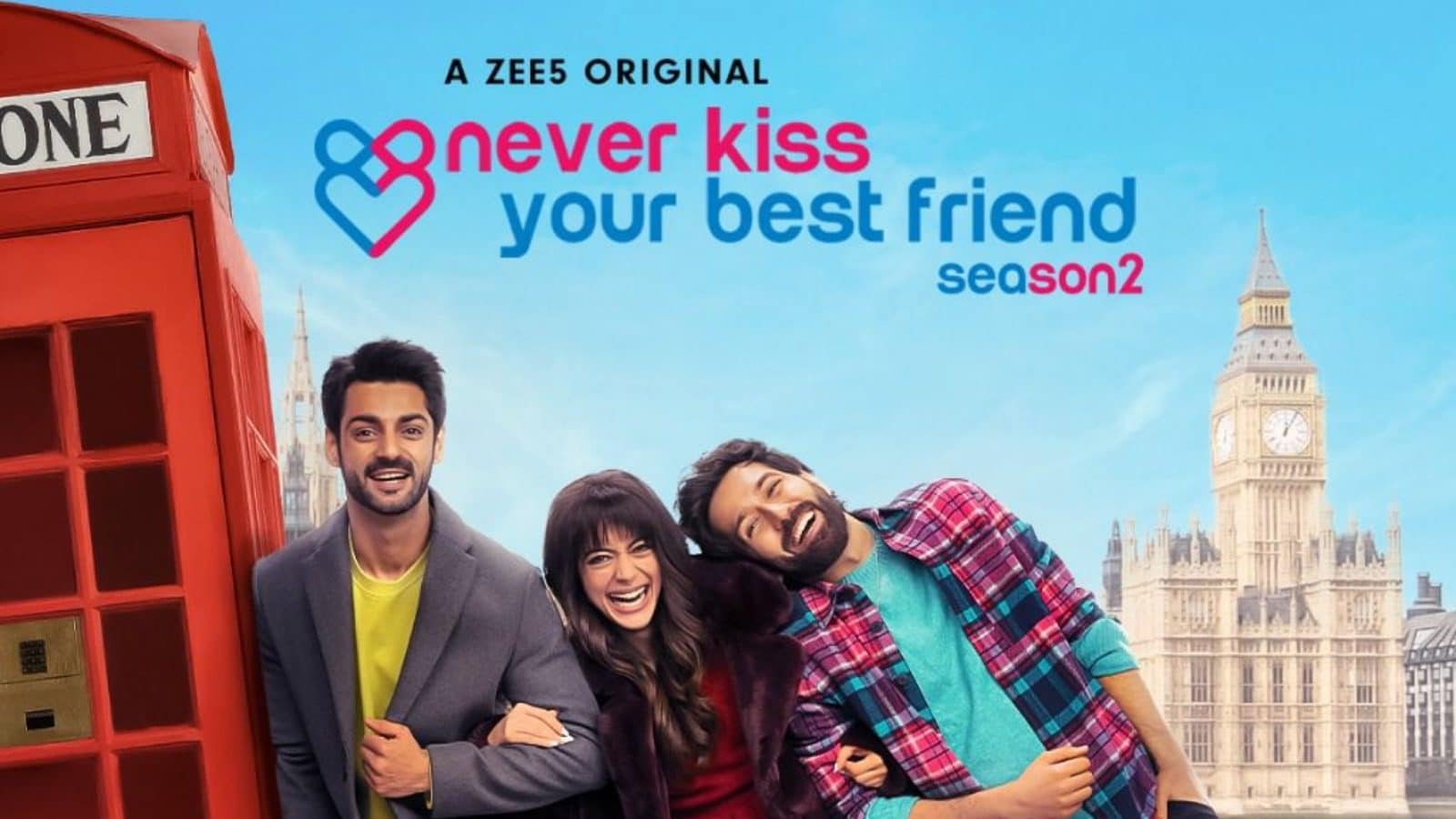 
The makers of Nakuul Mehta and Anya Singh starrer much-loved Zee5 series Never Kiss Your Best Friend dropped an intriguing first trailer of its second season on Monday. While the Season 1 of the series revolved around Nakuul and Anya’s friendship and their struggles with complicated feelings for each other, in the Season 2 trailer, we see Karan Wahi and Sarah Jane Dias joining Nakuul and Anya as they complicate the duo’s relationship further.

Never Kiss Your Best Friend ended with Tanie and Sumer’s breakup and in this season, the two are forced to reconnect after a long separation of 2 years as they end up working for the same production house, Meraki Studios where Tanie is a writer and Sumer is the director.

The two-minute-thirty-six-seconds trailer chronicles an amalgamation of friendship and love between the four main leads of the show. As the trailer unfolds it sees an accentuated drama as Tanie explores her newfound attraction towards Karan Saxena (played by Karan Wahi), a successful actor with Meraki. He is suave, charming and everything Tanie wants in a man. On the other hand, Sumer is getting closer to Lavanya (played by Darah Jane Dias), the heir to the Meraki legacy, but someone who is fighting her own battles with making a name for herself as the world keeps judging her for her past. With these new emotions and Sumer and Tanie’s rekindling old friendship in the mix. The upcoming season is promising to be full of romance, drama, complications, and emotions.

Speaking about the web show, Nakuul Mehta said, “It feels great to bring a new season of Never Kiss Your Best Friend to our audiences. This is easily the most relatable and fun series I have worked on and reuniting with Anya and jamming with Karan, Sarah, Sapna and Niki Walia was an absolute delight”.

Sharing how the Never Kiss Your Best Friend Family has grown, Anya Singh shared, “In season 2 our family has grown with Javed Sir, Karan, Sarah, and Sapna who are all wonderful artists. I’m excited for everyone to see us after such a long gap. We hope that we put a smile on your faces once again”.

Karan Wahi said, “When I watched S1, I thought to myself – What a fun and relatable show this is in an era of crime thrillers and action drama. So, when I was offered to be a part of S2, I jumped at the opportunity and what a ride it has been. I am confident of the final product and am extremely excited for you’ll to catch us soon on ZEE5”.

Sarah Jane Dias also spoke about the energy on the sets. She said, “The energy and the vibes on the set were infectious and that has translated so well on-screen. I am excited for the premiere of this slice of life, romantic drama and I am sure that many hearts will race seeing so many talented and hot people together”.