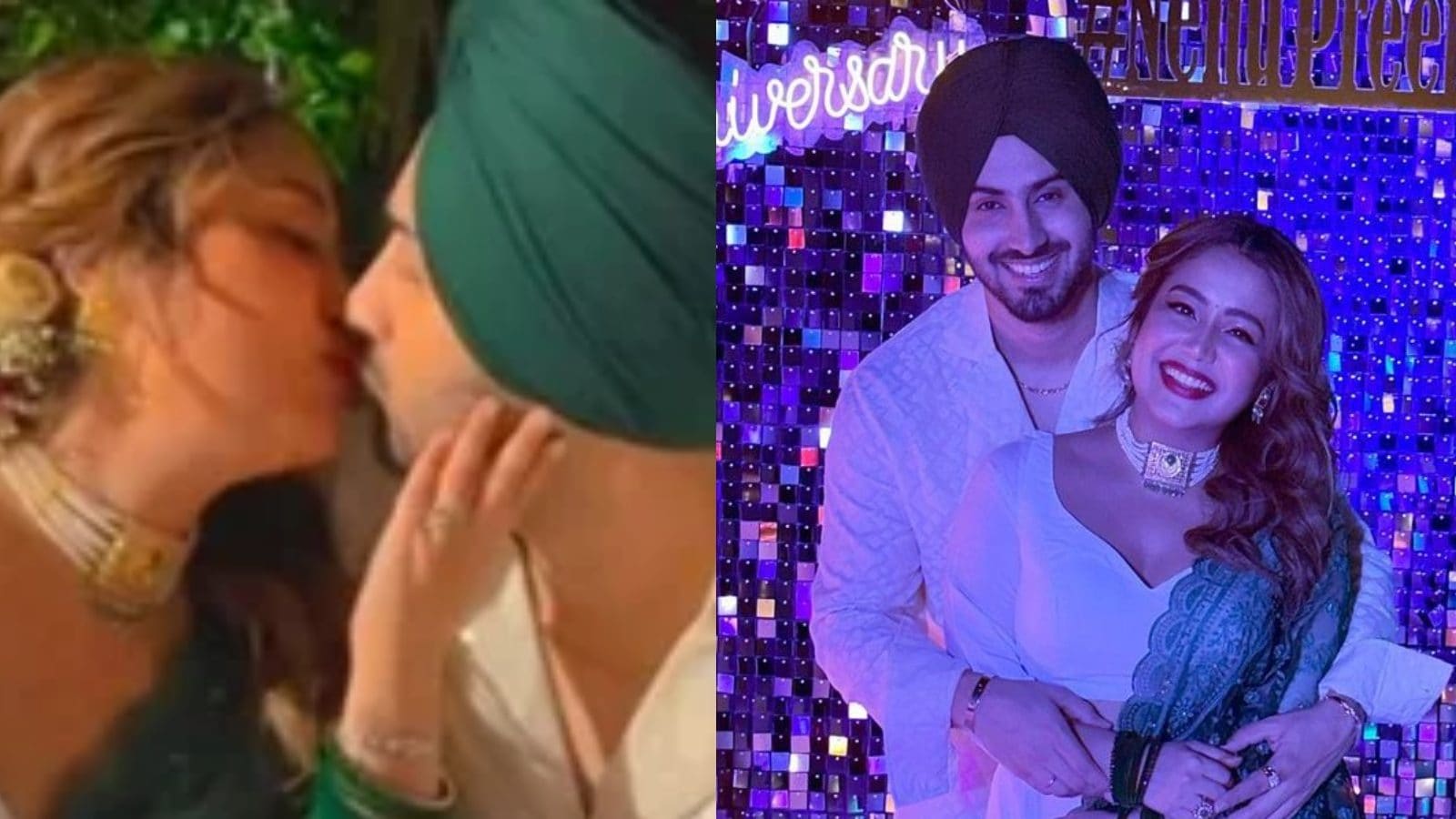 
Neha Kakkar is one of the most followed celebs on Instagram. The Indian Idol 13 judge often shares glimpses of her personal and professional life on Instagram. It was double happiness for Neha Kakkar and her singer-husband Rohanpreet Singh as they celebrated their second wedding anniversary alongside Diwali on Monday.

On the auspicious occasion, the ‘O Sajna’ singer took to Instagram and shared videos and pictures from her celebrations with husband and family. She posted many pictures with Rohanpreet while both of them held a big diya together. She shared a dancing video and extended warm greetings of Diwali to her fans.

As for her outfit, the songstress wore a white ethnic outfit with green dupatta and green bangles. On the other hand, Rohanpreet decked up in white kurta and pyjama with green turban. Neha even shared a family picture which featured singer-brother Tony Kakkar, Rohanpreet, her parents Niti Kakkar and Rishikesh Kakkar among others.

Taking to the captions, Neha wrote, “About last night!! Our 2nd Anniversary Celebration. Rohu and Nehu’s look: designed and styled by Nehu.”

Soon after the posts were shared on social media, scores of Neha and Rohanpreet’s fans took to the comments section to shower love on their favourite stars. They even dropped heart and fire emoticons and sent Diwali greetings and anniversary wishes to the lovebirds.

Neha tied knot with Rohanpreet Singh on the morning of October 24, 2020 in an Anand Karaj ceremony. Later in the evening, the couple got married as per Hindu rituals.