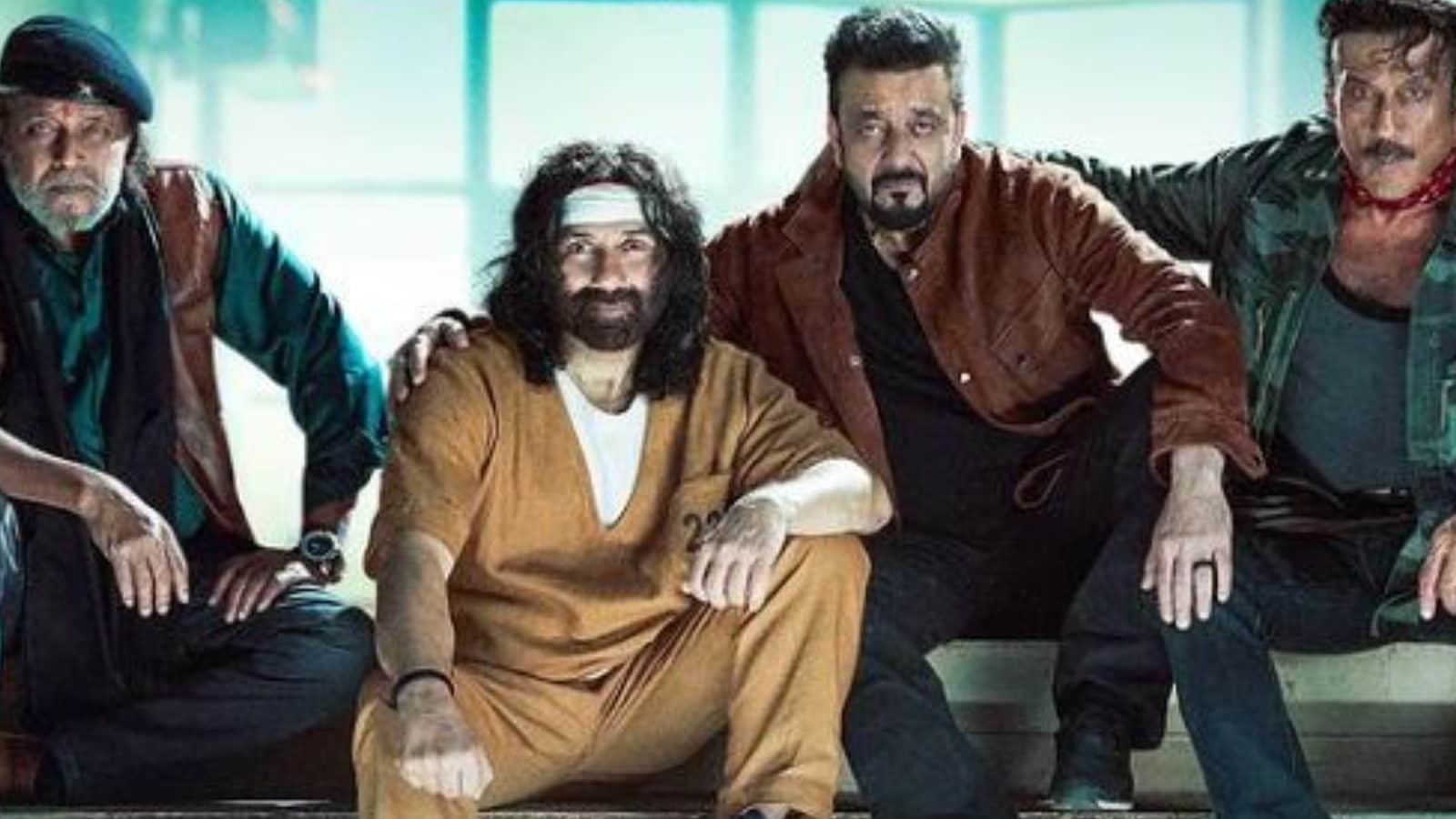 
Mithun Chakraborty, Jackie Shroff, Sunny Deol and Sanjay Dutt are all set to co-star in a project that will be the “Baap of all films”. Their first look poster has been revealed by the cast and the makers on social media on Wednesday. Jackie Shroff, on Instagram, posted the first look from the upcoming movie which has not been titled yet. The popular action stars of their era are seen sporting rugged looks, sort of similar to their signature styles, in the poster. Mithun Chakraborty featured in a classic salt-and-pepper look, while Sunny Deol appears like a prisoner. Sanjay Dutt can be seen sporting a leather jacket, a goatee and a hairstyle that serves as a flashback from the early 2000s. Giving rowdy vibes, Jackie Shroff is seen sporting a dark jacket, a headband and his signature red handkerchief around the neck.

Jackie captioned the photo with, “Baap Of All Films. Shoot dhamaal, dosti bemisaal!” Fans and friends marched to the common section to reveal their excitement. Celebrity Esha Deol commented, “Mind blowing, can’t wait.” Ayesha Shroff wrote, “Wow!” while Krishna Shroff commented, “The boyz.” Divya Dutta also dropped a comment writing, “Lethal combo” and Shilpa Shirodkar reacted, “This is going to be absolutely amazing. All my favorites in one frame.”

Sanjay Dutt too shared the same photo on his official Instagram account. Abhishek Bachchan dropped an emoji of a wrestling arm, while Varun Dhawan responded with clapping emojis.

This action entertainer movie is a highly-anticipated film as seeing these four stars together onscreen will be a surreal experience. The movie will mark the directorial debut of Vivek Chauhan. The movie will be bankrolled by Ahmed Khan and his wife Shaira Ahmed Khan in association with Zee Studios.

Jackie Shroff was last seen in Phone Bhoot, while Sunny Deol starred in Chup- Revenge of an Artist. Sanjay Dutt, on the other hand, was part of KGF: Chapter 2 and Shamshera, while veteran actor Mithun Chakraborty played a prominent role in The Kashmir Files.