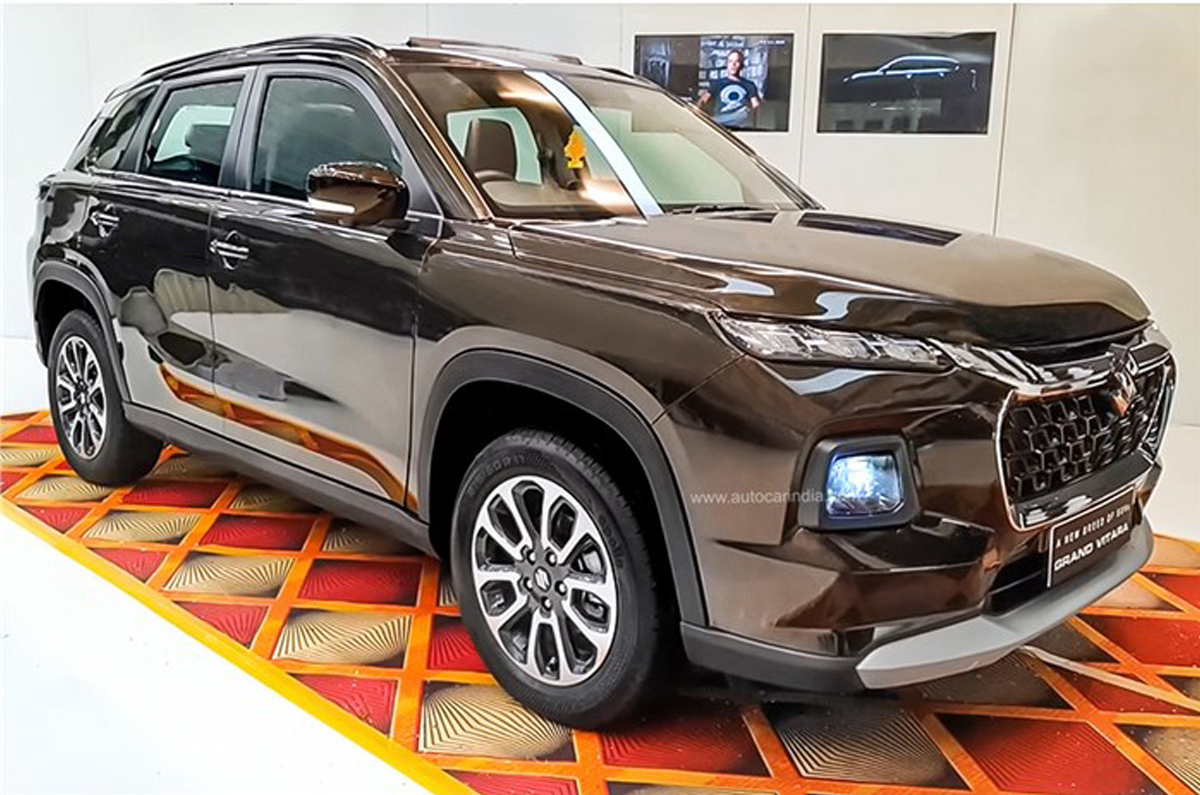 The Grand Vitara CNG’s prices will be announced after the Toyota Hyryder CNG launch, which is expected in the coming weeks.

Maruti Suzuki will introduce the Grand Vitara CNG in the Indian market in December 2022. The SUV will be following in the footsteps of its badge-engineered cousin, the Toyota Hyryder CNG, which is slated to go on sale in the coming weeks.

The Grand Vitara CNG will then become the first Maruti model to be sold with pure petrol, petrol strong hybrid and CNG powertrain options, adding to its customer appeal.

Maruti has been readying the Brezza CNG for quite some time, but sources tell us that the Grand Vitara CNG could see a market launch first. The Toyota Hyryder CNG will go on sale in the coming weeks as India’s first midsize SUV with a CNG option. Maruti doesn’t want partner and rival Toyota to gain the upper hand and will introduce the Grand Vitara CNG ahead of the Brezza CNG.

CNG versions of both the Hyryder and Grand Vitara SUVs will come with a 1.5-litre petrol engine sourced from Maruti. The same engine churns out 88hp in CNG mode in the recently launched Maruti Suzuki XL6 CNG. The Hyryder CNG will come with a five-speed manual gearbox, and the Grand Vitara CNG could also follow suit. However, the Brezza CNG could get an automatic option too, according to reports.

Meanwhile, the Grand Vitara CNG, like the Hyryder CNG, is expected to deliver 26.10km/kg.

While Toyota has revealed that the Hyryder CNG will come in two variants, we expect Maruti to offer the Grand Vitara CNG with a wider variant line-up, which could include CNG options even for entry-level trims.

Discounts of up to Rs 50,000 on Maruti Suzuki Ignis, Ciaz and Baleno