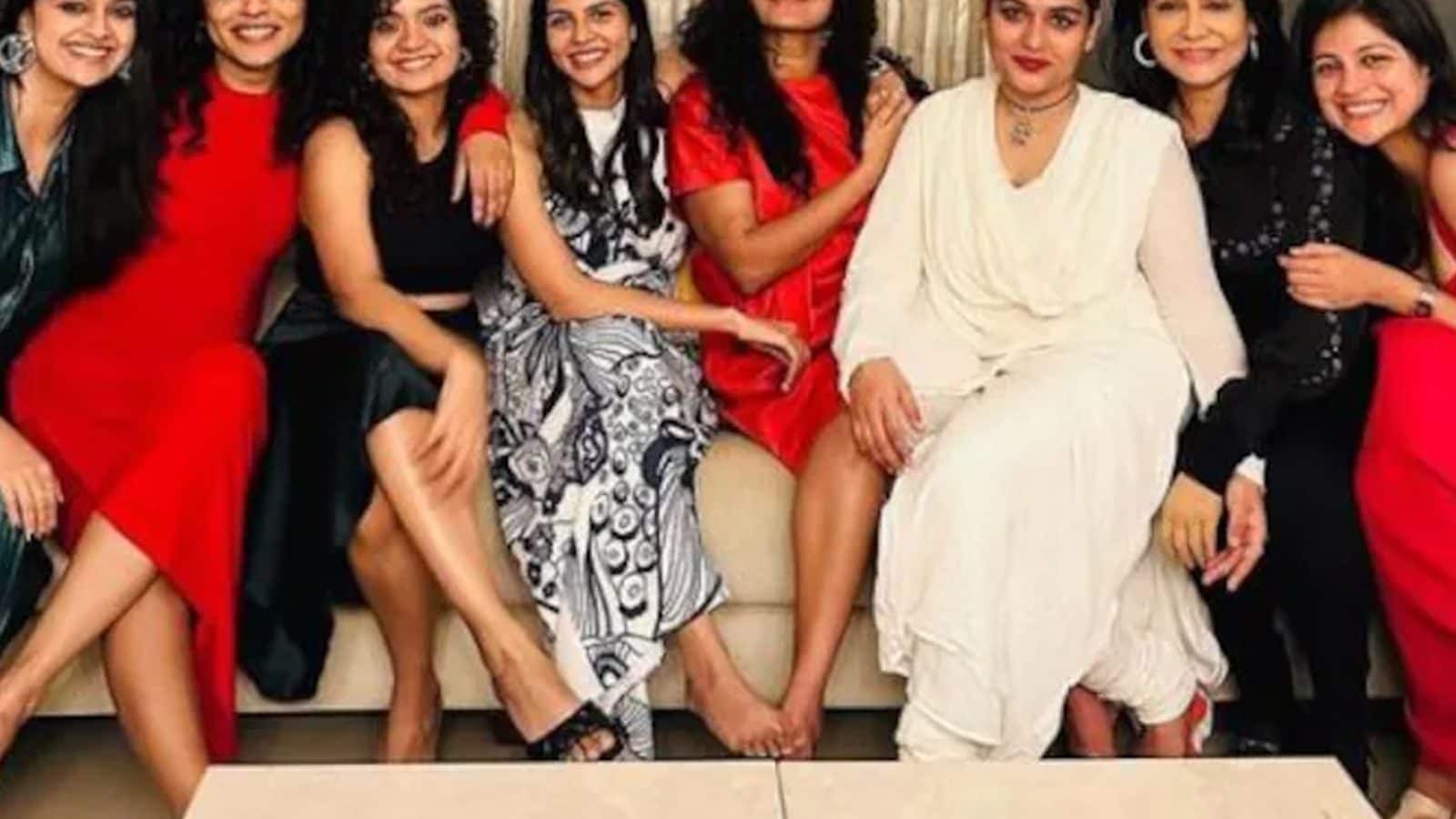 
Keerthy Suresh and Kalyani Priyadarshan, known as the most popular actresses of South cinema, were recently spotted spending quality time together. This time, the actresses were accompanied by their close friends from the industry, including Anna Ben, Parvathy Thiruvothu, Prayaga Martin, Aditi Balan and Rima Kallingal. The party was hosted by Kalyani Priyadarshan’s mother, Lissy, and it also marked the presence of veteran actor Raadhika Sarathkumar.

It is no secret that Keerthy Suresh and Kalyani Priyadarshan share a great bond. The actress duo has been spotted having a whale of a time during several events in the past. Now, Keerthy and Kalyani decided to have a girls’ night with their pals from the industry. And, the pictures reveal that all of them had an amazing time with one another.

Keerthy Suresh gave a glimpse of the girl’s night on Instagram. Along with sharing the photos, she wrote, “A beautiful night with beautiful people.”

The 22 Female Kottayam fame Rima Kallingal also shared the pictures on her Instagram handle. “One with the girls. Cheers to the best party host in town Lissy Laxmi. Thanks for bringing us together,” read her caption.

Soon after the pictures surfaced on social media, fans showered the actresses with immense love in the comments section of their posts. One user wrote, “Sooo much talent in one frame! Fantabulous!!!” Another gushed, “All charming ladies”. A third user commented, “What a line of incredible women.”

A few days ago, Rima Kallingal shared a photo, in which she was seen having fun with Parvathy, Aditi, Prayaga, and Anna at an eatery.

The get-together of the famous actresses has won the hearts of many on social media. A lot of users were all praise for the actresses as they share a lovely bond.