More
HomeLifestyleKerala Tourism’s ‘Varkala & the Mystery of the Dutch Wreck’ dives into...
Lifestyle 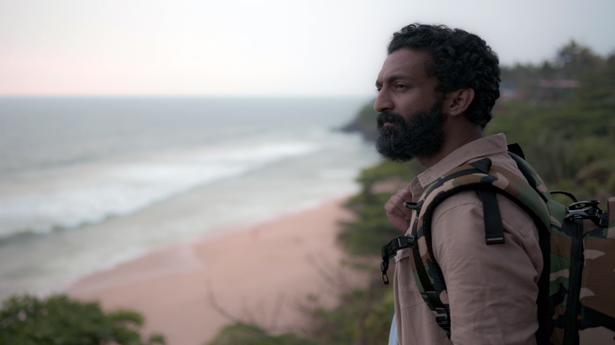 Varkala and the Mystery of the Dutch Wreck, directed by filmmaker Abhilash Sudheesh, unspools the mystery of a Colonial-era shipwreck off the Varkala-Anchuthengu coast

Varkala and the Mystery of the Dutch Wreck, directed by filmmaker Abhilash Sudheesh, unspools the mystery of a Colonial-era shipwreck off the Varkala-Anchuthengu coast

Beyond the laidback beaches and spectacular cliff views of the sea, Varkala and its surroundings have a hoary past. It was once a centre of colonial trade for the Dutch East India Company and later, the British-led East India Company.

Kerala Tourism’s latest short film, ‘Varkala and the Mystery of the Dutch Wreck,’ directed by filmmaker Abhilash Sudheesh, unspools the mystery of a Colonial-era shipwreck off the Varkala-Anchuthengu coast.

“The idea for the film came about in the midst of a conversation about the book, Kadalarivukalum Neranubhavangalum, by marine researcher and deep-sea diver Robert Panipillai, which I had with ad man Kenney Jacob, who runs the ‘Kerala Tales’ social media handle of Kerala Tourism,” says Abhilash. One chapter of the book, which unfolds the secrets of the seas, is dedicated to the wreck of the Dutch trading ship the Wimmenum (1752), which sank about nine miles off Anchuthengu village, near Varkala, some 250-plus years ago. Robert was arguably the first to document the wreck.

“Kerala Tourism was keen on making a film about it, [even] though the shipwreck is some 48m below sea level and difficult to access even for experienced divers. The filmmaker in me was intrigued enough to dive deep into the challenge of making a film about it. I was inspired by Tintin comics, particularly The Adventures of Tintin: Red Rackham’s Treasure, while creating the film,” says Abhilash, 27, the Thiruvananthapuram-based founder of ad film house 11th Hour Productions.

Abhilash Sudheesh, director of ‘Varkala and the Mystery of the Dutch Wreck’ says he was inspired by Tintin comics, particularly The Adventures of Tintin: Red Rackham’s Treasure while creating the film.
| Photo Credit: Special Arrangement

The seven-and-a-half-minute film starts with a young traveller’s (played by actor and singer Anoop Mohandas) trip to Varkala on a quest to find out more about the famous ‘Dutch bell’ of the ancient Sree Janardhana Swamy temple high up on the Varkala cliff, which he had first encountered in his childhood.

Myths and legends about Wimmenum

As explained in the film with a short animated reel, there are several stories of how the cast iron bell of the Wimmenum ended up at the temple. One story is about how the ship once got stuck off the Varkala coast and its captain prayed to the deity to release it from its misery and subsequently donated the bell to the temple when his wish was granted. A second story recounts how local pirates sank the ship and looted its hoard, and yet another refers to how the ship went down in a massive storm. “In reality, the bell – which has inscriptions about the ship and its maker – doesn’t hang inside the temple (as is shown in the film) but is stored in a corner of the sanctum sanctorum. Since photography is not allowed inside, the bell was painstakingly replicated in entirety for the film,” explains Abhilash. 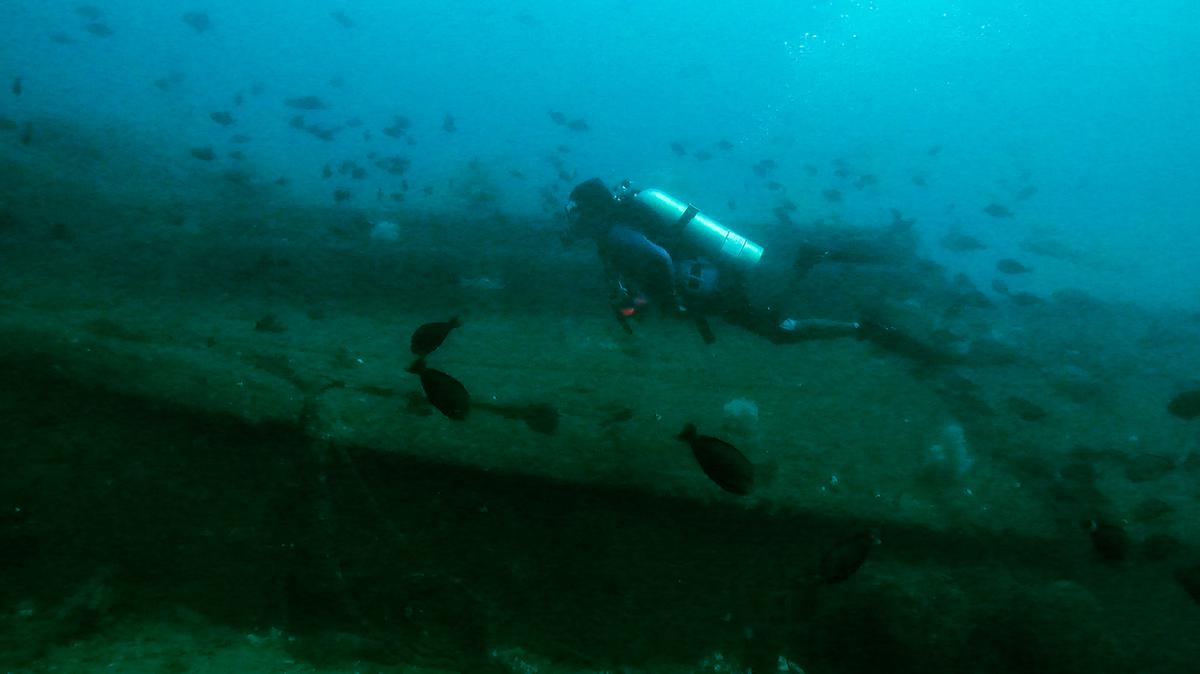 A still from the short film ‘Varkala and the Mystery of the Dutch Wreck’
| Photo Credit: Special Arrangement

The story of the bell eventually leads our young explorer to Wimmenum’s wreck. “It was challenging from the get go because we had little in the way of historical records to go on,” says Abhilash. For instance, there are no eyewitness accounts of this particular shipwreck. There is only sparse information about the ship at the Dutch national archives in the Netherlands, like how the name, Wimmenum, comes from the name of a coastal village in Holland and that there were 356 crew members on board when it sank, according to Robert’s book.

However, there is plenty of local lore about the shipwreck passed down through generations. “One such person in the know was fisherman Biju, whose family had been fishing the waters for decades. He appears as himself in the film and took us to the site in his own boat. The fisherfolk like Biju have long known about a particularly bountiful portion of the sea, about an hour away by speed boat, home to many different schools of fish and a guaranteed catch. Not many people knew why it was so until Robert dived and found concrete evidence of the shipwreck-turned-artificial reef,” explains Abhilash, who spent two years researching and filming the project.

The other main challenge for the filmmaker was the actual deep sea dive to get underwater footage. “The initial dive had to be aborted at 30m due to poor visibility. Biju came up with the idea of tying a GoPro camera to a fishing rope and we were able to capture a brief glimpse of the ship! The sea along Varkala coast is not ideal for diving in the best of conditions for it is often rough, the ocean currents are high and visibility at 48m depth is poor and murky. “The best time to dive along the Varkala coast there is just after the retreating monsoons when the sea is much calmer. So, a few months later we did that attempted another dive with the help of certified divers from Kovalam and accomplished the task,” says Abhilash.

The incredible footage they got reflects the young explorer’s bliss of discovery, a fitting metaphor for what wondrous Varkala itself is to legions of travellers. Keep an eye out for a longer, director’s cut of the short film, to be released shortly.