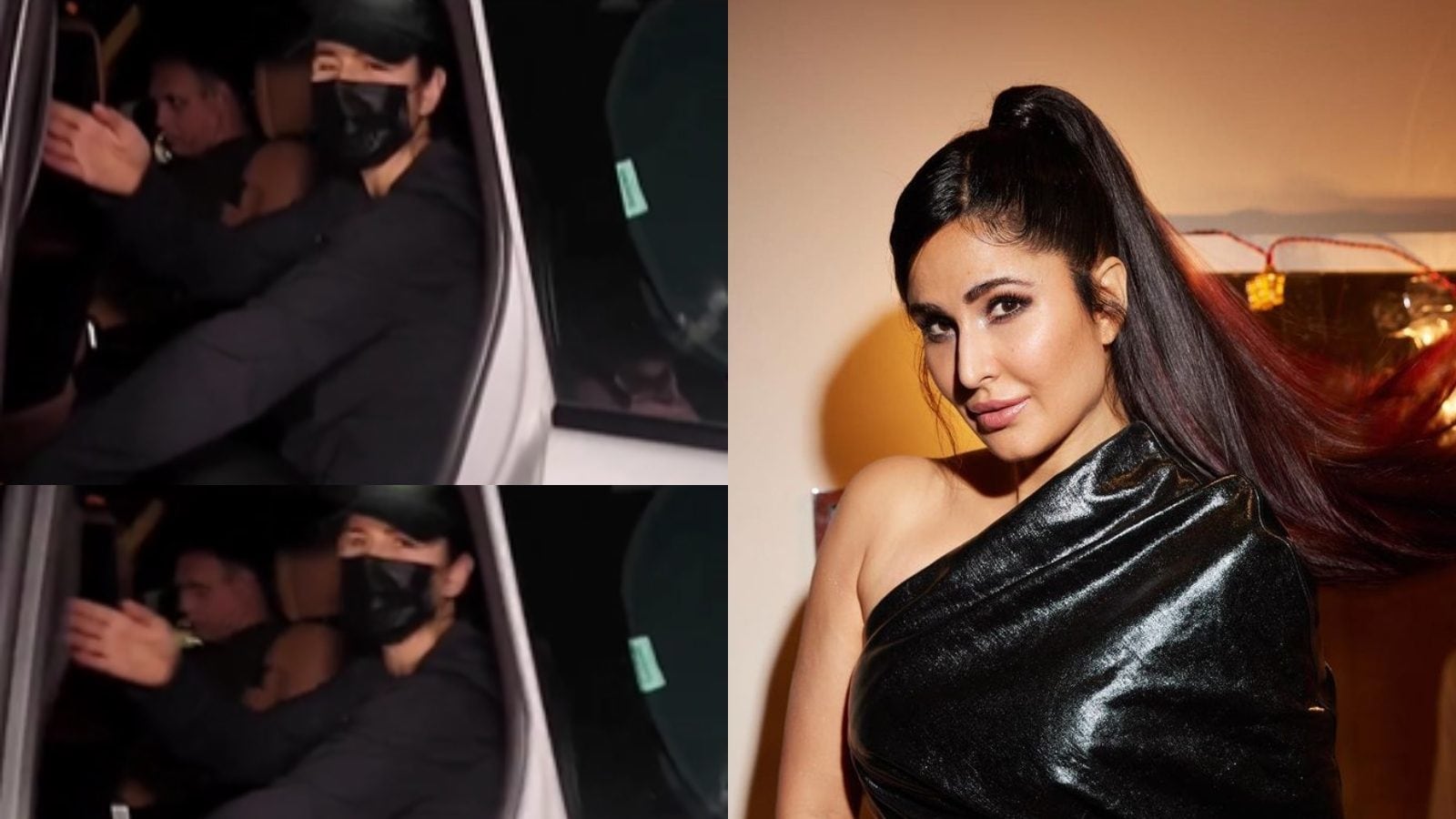 
Katrina Kaif often catches the attention of paparazzi as she steps out in the city. And on Friday evening, she was spotted at a public jogger’s park with her good friend and fitness trainer Yasmin Karachiwala. It is not unusual for paps to click her photos during shoots or casual outings but this time the Bollywood diva appeared to be a tad bit annoyed by the camera persons who tried to record her while exercising in a park.

In a video of her public appearance that’s going viral on social media, Katrina Kaif appears to be returning to her car after finishing her exercise session. She tries to shut her door when paps call out for her to pose, a frustrated Katrina says, “Aap log suno, suno, camera neeche rakho. Hum yahan pe exercise karne ke liye aaye hain. Please camera neeche rakho, aapka phone bhi neeche kijiye (Listen, please keep your cameras down. We have come here to exercise. Please keep your cameras down along with the mobile devices).”

At one point in the clip, she also steps out from her car to confront the paps. After seeing her annoyance, paps can be seen obliging to her request and can be heard saying in the background, “Theek hai. Sorry ma’am (Alright. Sorry ma’am).” Watch the video, here.

For her casual jogging session, Katrina Kaif opted for an all-black look featuring a black zipper paired with matching athleisure pants and a hat. Statement black shoes, a pony hairdo, and a mask covering her face completed her entire look.

On the work front, the Bollywood diva last shared the screen space alongside Ishaan Khatter andSiddhant Chaturvediin Gurmmeet Singh’s supernatural horror-comedy, flick Phone Bhoot. She will next appear alongside superstar Salman Khan in the third installment of their action film franchise, Tiger 3. While Katrina and Salman will reprise their roles of Zoya and Tiger, the upcoming movie will see the addition of actor Emraan Hashmi along with a special cameo by Shah Rukh Khan. Apart from this, she also has Merry Christmas in the pipeline opposite Vijay Sethupathi.