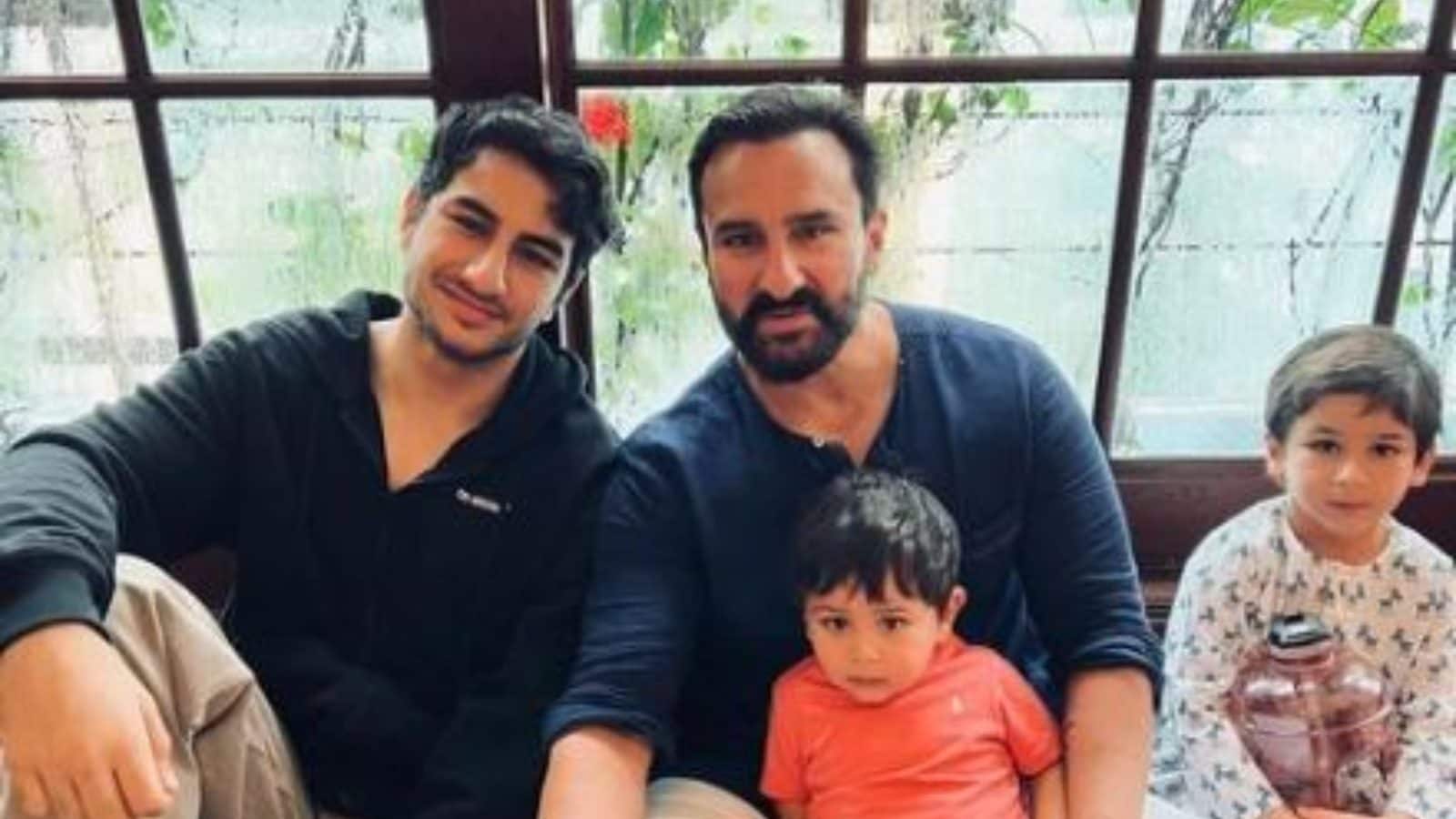 
Saif Ali Khan turned 52 today and the actor is spending his special day in presence of his family. Earlier in the day, his sister Soha Ali Khan took to Instagram to drop a series of photos from his birthday bash. Saif’s brother-in-law Kunal Kemmu, too, shared a photo of them with a hilarious caption. The birthday bash was attended by Saif, Kareena Kapoor Khan, their kids Taimur and Jeh, Soha, Kunal and Saif’s elder son Ibrahim Ali Khan. Now, Kareena took to Instagram to drop a photo of her ‘gang of boys’ and the internet is loving it.

Sharing a photo of Saif, with his three sons Ibrahim, Taimur and Jeh, Kareena wrote, “Can you find a better looking gang of boys?Hmmmmmmmmm♥️♥️♥️♥️♥️#Saifu@______iak______ ,Tim and Jeh baba ♥️”

Several people took to the comment section to shower love on the adorable photo of the dad with his sons. Saif’s sister Saba wrote, “Mahshallah ❤️❤️❤️❤️.” Another user wrote, “Yes!!! The most good-looking family 😍😍😍😍😍🔥🔥🔥🔥🔥🔥❤️❤️❤️❤️❤️.”

Saif was clicked with Taimur as the father-son duo stepped out. Saif was seen donning a casual blue tee with pants whereas Taimur looked adorable in a grey tee. Saif also received flowers from Ekta Kapoor. Sharing the video, popular Bollywood paparazzo Viral Bhayani wrote, “#SaifAliKhan on occasion of his birthday 🎂. #EktaaRKapoor sends flowers for him. #taimuralikhan does a cute nose thing.”

Meanwhile, on the work front, Saif Ali Khan will be next seen in Vikram Vedha along with Hrithik Roshan and Radhika Apte. It is a Hindi remake of the 2017 Tamil movie of the same name and will hit theatres on September 30 this year. Besides this, Saif will also be seen in Adipurush which will be released on January 12 next year.