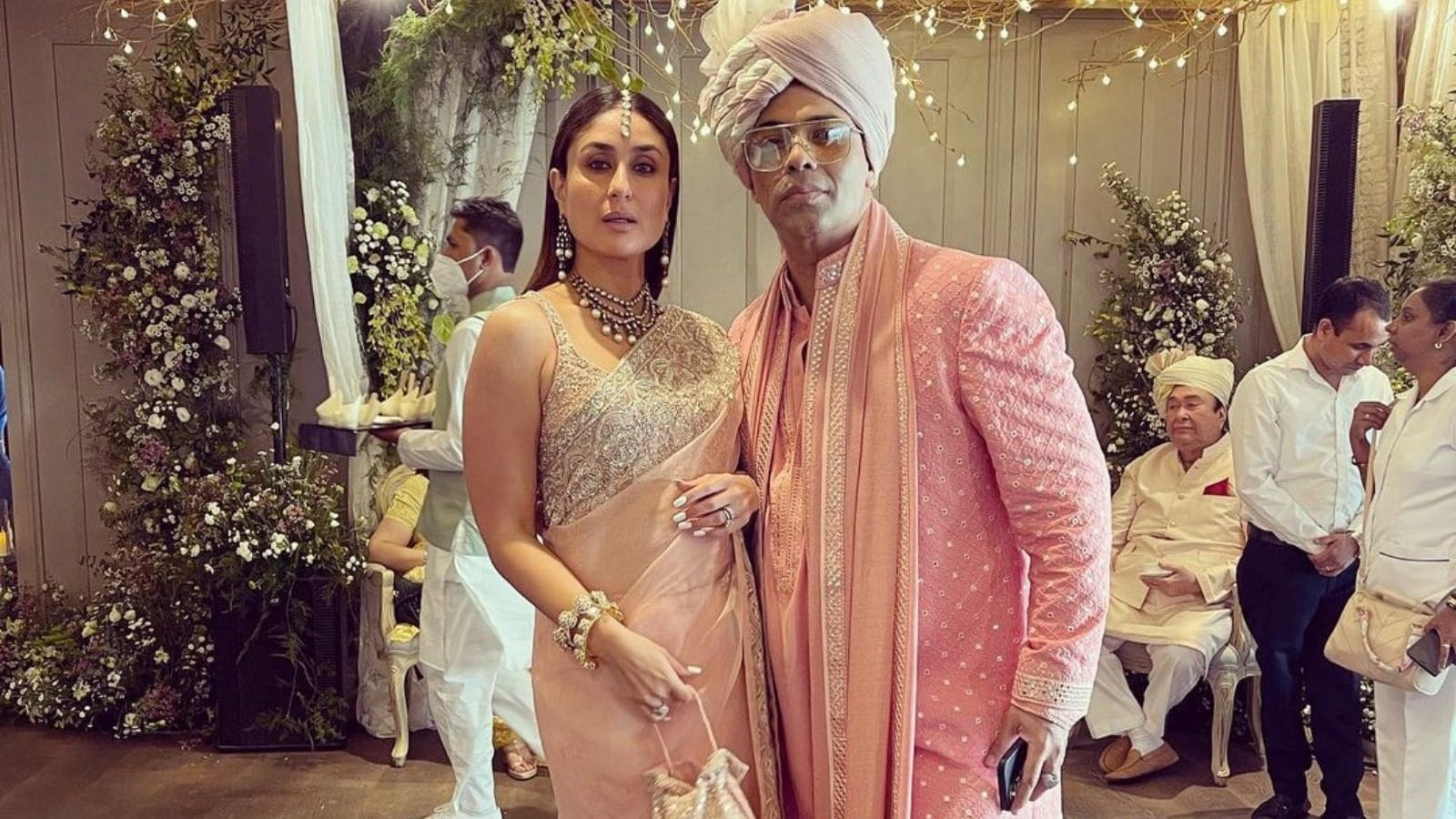 
Ranbir Kapoor and Alia Bhatt are married now. The two tied the knot in an intimate low-key wedding ceremony held at RK’s Pali Hill residence – Vastu. The Kapoors and Bhatts were in attendance at the dreamy wedding. There are several Ralia wedding pictures doing rounds on the internet. During the mega event, Kareena Kapoor Khan and Karan Johar had several fun moments that were captured in the form of stunning pictures. Recently, the filmmaker shared yet another fun video from Ralia’s wedding featuring his Kabhi Khushi Kabhie Gham star Kareena.

Karan took to Instagram Stories and shared a clip in which we see Kareena as he captures the actress. In the video we see Karan delivering a hit line of Kareena’s Poo from K3G. He says, “Kaun hai yeh joisne doobara mudke mujhe nahin dekha, Who is he?” To which Kareena gives her sassy expression mouthing “Poo!.”

For those unaware, the line is one that Kareena’s character Poo says in Kabhie Khushi Kabhie Gham, directed by Karan Johar. In the film, Hrithik Roshan’s character gives Poo, Queen Bee of her college campus, the cold shoulder, leaving her to deliver this dialogue.

Well, this isn’t the first time the duo gave fans a glimpse of their fun banter at the wedding. Earlier, the Jab We Met actress posted a picture of herself and Karan Johar at Ranbir Kapoor and Alia Bhatt’s wedding with this blockbuster caption: “Kaun hai yeh jisne doobara mudke humein nahin dekha?”

In the snap, we see Kareena and Karan, twinning in pink and looking searching into the distance. The two look beautiful together as they strike a stunning pose.

Ranbir and Alia tied the knot on Thursday amid family and a few friends. The guest list included Kareena Kapoor, Karisma Kapoor, Aadar Jain, Shaheen Bhatt, Pooja Bhatt, Karan Johar, Ayan Mukerji, and Akansha Ranjan, among others. Alia shared the first pictures from the wedding on Instagram and said that they tied the knot in the couple’s favourite spot — ‘the balcony we’ve spent the last 5 years of our relationship.’

She penned a note that read, “Today, surrounded by our family and friends, at home … in our favourite spot – the balcony we’ve spent the last 5 years of our relationship – we got married.

With so much already behind us, we can’t wait to build more memories together … memories that are full of love, laughter, comfortable silences, movie nights, silly fights, wine delights and Chinese bites.

Thank you for all the love and light during this very momentous time in our lives. It has made this moment all the more special. Love, Ranbir and Alia ✨♥️♾.”

The couple had been dating for five years before their wedding. Having fallen in love during the filming of Brahmastra, the couple made their relationship official at Sonam Kapoor’s wedding in May 2018.