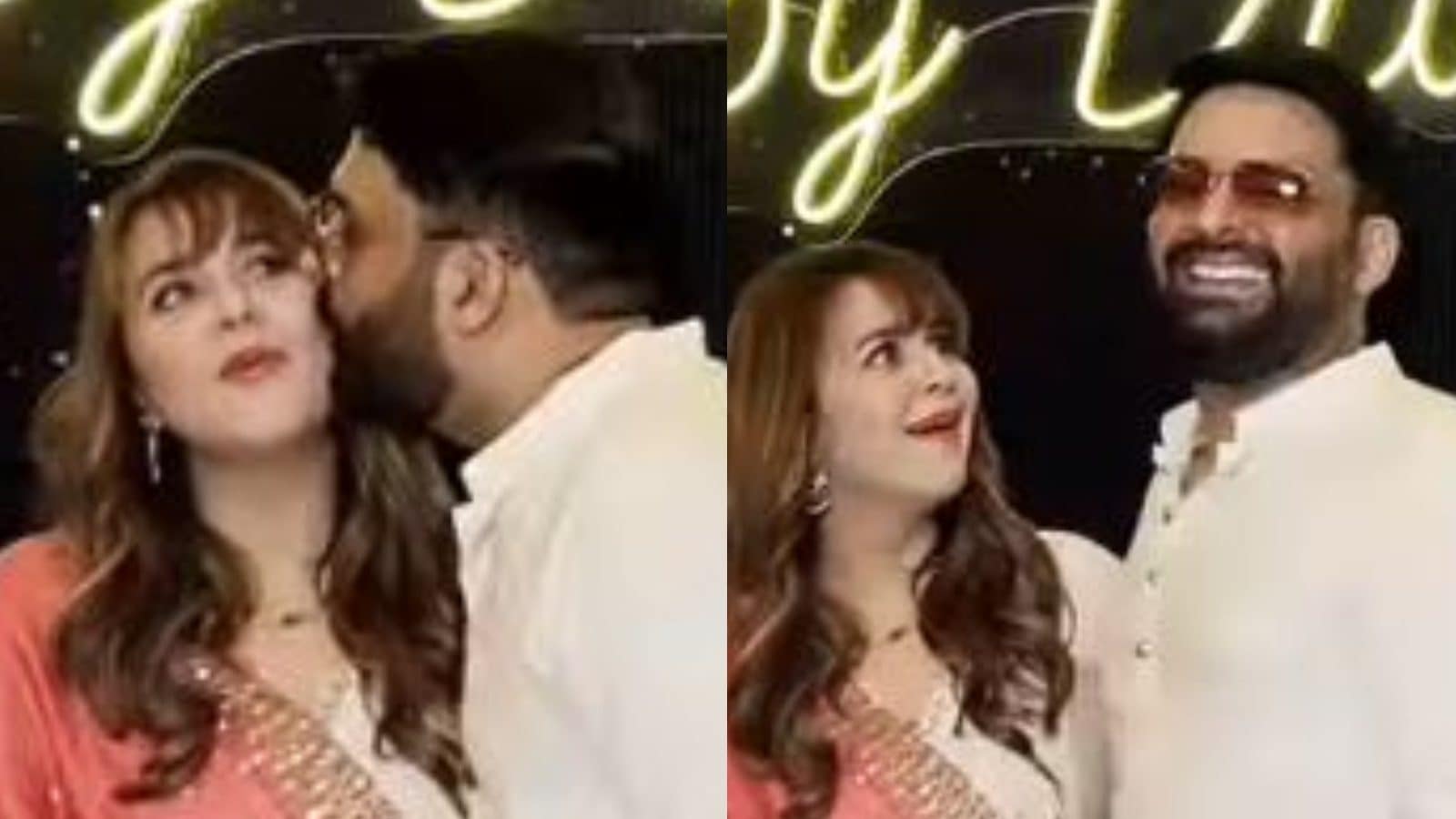 
Kapil Sharma and his wife Ginny are one of the cutest couples and there is no doubt about it. However, the two like to stay away from the limelight and are spotted together very rarely. However, on Sunday night, Kapil and Ginny were snapped by the paparazzi as they arrived at producer Krishan Kumar’s Diwali bash. The duo was seen twinning in cream-coloured outfits. While Kapil sported a cream Kurta, Ginny looked simple yet prettiest in the same colour outfit which she layered with a multi-coloured dupatta.

However, a video of Kapil and Ginny later surfaced on social media which left netizens in complete awe. In the clip, Kapil was seen kissing his ladylove on her cheeks in front of paps. This left Ginny surprised. She not only smiled and also blushed while looking at her husband.

Reacting to the video, one of the fans wrote, “Sharma ji sharmaaa gaye (Mrs Sharma is blushing).” Another social media user commented, “Aww so cute I really like ginni she is so cute.” “Kapil sir, ma’am is really the cutest,” a third comment read. One of the fans also called Kapil and Ginny, a ‘perfect couple’.

Kapil Sharma and Ginni Chatrath tied the knot in December 2018 and welcomed their first child, a baby girl in December next year. The couple was then blessed with a baby boy in February 2021.

On the work front, Kapil Sharma recently returned with a new season of his superhit comedy show – The Kapil Sharma Show. Besides this, his film Zwigato was also screened at the Busan International Film Festival recently. The Nandita Das directorial revolved around a man named Manas (played by Kapil Sharma) who lost his job as a factory-floor manager during the pandemic and then became a driver for a food-delivery app called Zwigato. Besides this, earlier this year, a report by Pinkvilla claimed that the actor-comedian has also been offered a comedy film by OMG 2 producer Vipul D Shah. However, there is no official announcement so far.