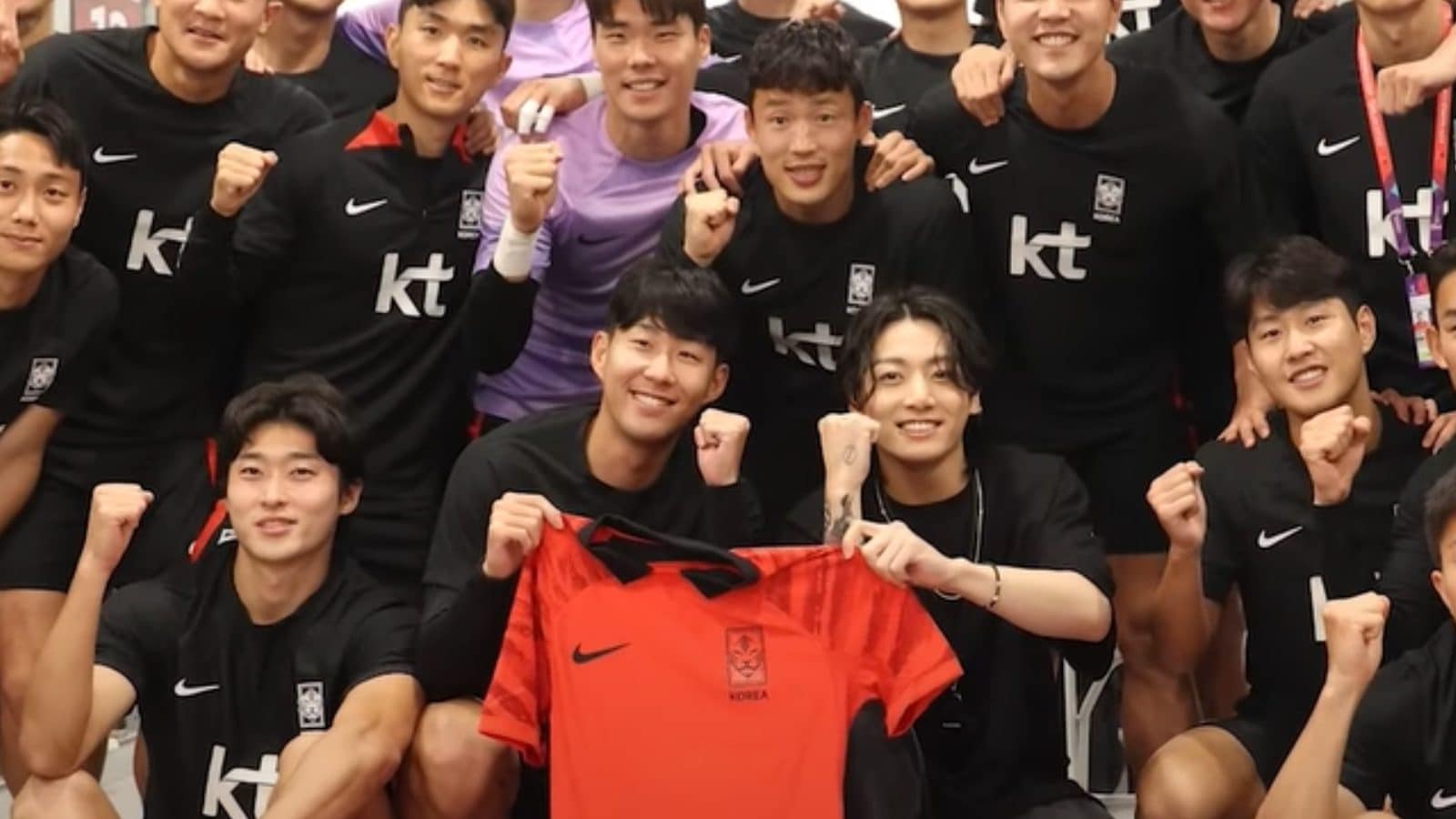 
Ahead of his performance at the FIFA World Cup 2022 opening ceremony, BTS singer Jungkook visited the Korean National Team’s practice center to meet the players and wish them luck for the tournament. The singer, who dropped his FIFA 2022 song Dreamers earlier in the day, was seen greeting the members and posing with them for a few pictures. He was also gifted a jersey and expressed his joy over the gift.

In the pictures that surfaced online, Jungkook dressed down in a casual all-black outfit for the meet with the players. He interacted with the players and posed for a group picture. He also recorded a video message for them, informing them that he, his fellow BTS members, and all of South Korea were cheering them on. However, he urged them to be careful and not hurt themselves during the FIFA 2022 World Cup.

As translated by multiple BTS fan accounts on Twitter, including @JJK_Times, Jungkook said, “I hope the players don’t get hurt. Not only myself but all the people in Korea are rooting for them, so I hope they get the result that they want. I too have my performance coming up tomorrow. I’ll perform doing my best, while having the players in mind.” Addressing the members, he added, “I hope you really don’t get hurt, and I wish you fighting!”

The Golden Maknae will also be performing at the opening ceremony of the FIFA World Cup 2022. The performance will be live on November 20, 2022, at 9 pm IST. The opening ceremony will be held at Al Bayt Stadium in Doha, Qatar. It will also have performers like Nora Fatehi and Nicki Minaj, wishing luck to all of the teams aiming for the champion cup.