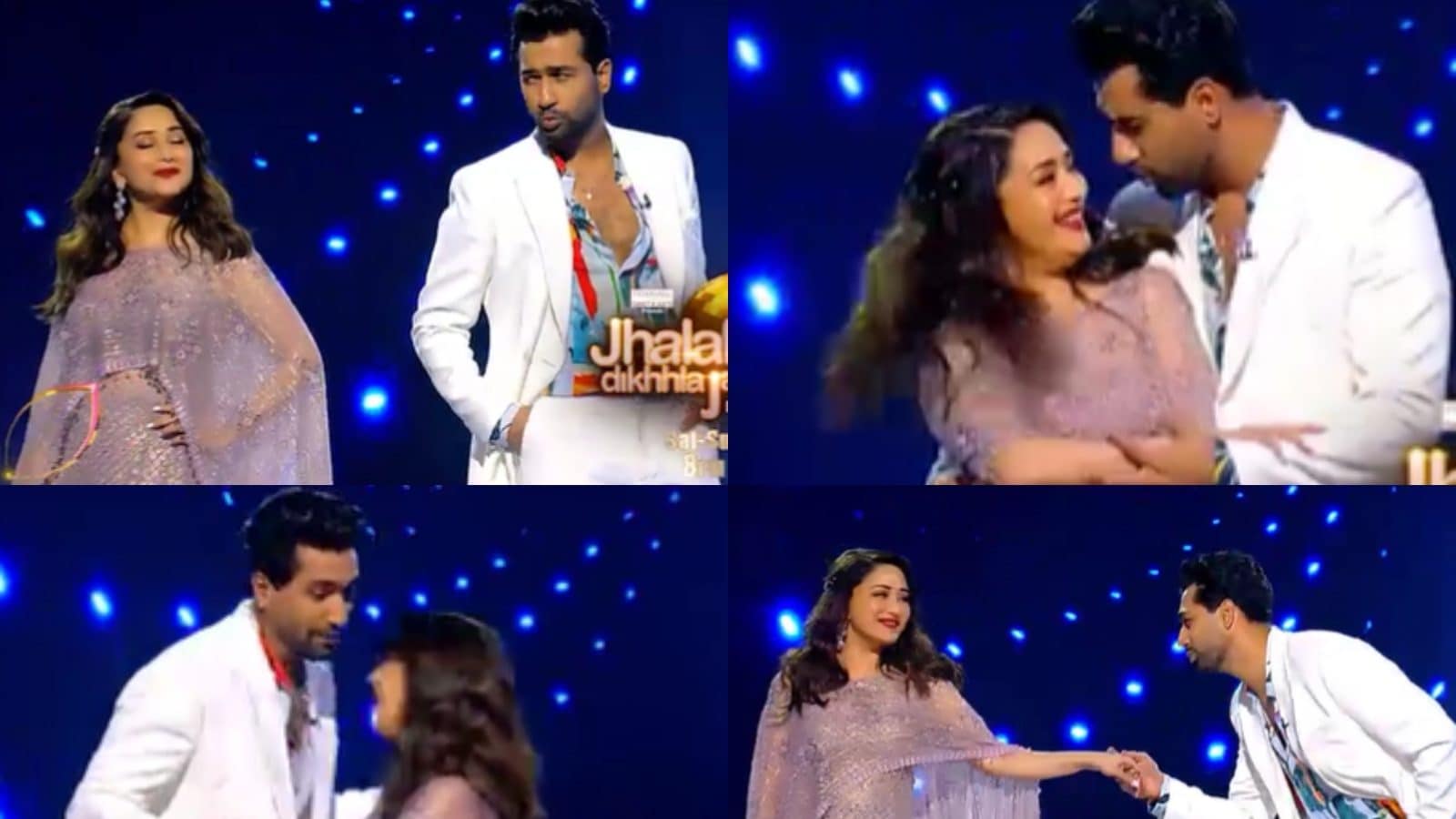 
Vicky Kaushal is on a promotional spree for his upcoming comedy crime thriller, Govinda Naam Mera. The actor recently graced the sets of the dance reality show, Jhalak Dikhhla Jaa to promote his film. He even danced with his “first crush” Madhuri Dixit and created a magical moment on the stage.

The makers of the show recently released a promo of the upcoming episode which shows Vicky confessing that his “first crush” is Madhuri Dixit and can be seen dancing to the popular number Are Re Are Ye Kya Hua from the movie Dil Toh Pagal Hai. It was a magical moment for Vicky, who took to the stage and danced with the Dhak Dhak Girl.

Meanwhile, Madhuri Dixit also posted a clip with Vicky Kaushal wherein the two can be seen dancing to Sanam Puri’s version of the iconic song Mere Samne Wali Khidki Mein. The original song is from the movie Padosan and was sung by Kishore Kumar.

In the video, the Uri actor looked dapper in a colourful printed shirt which he paired with a white coat and white pants, while Madhuri was all decked up in shimmery ethnic attire. The duo grooved to the music and lip-synced to the song perfectly. “Lots of fun and amazing performances coming your way with very special guests. How excited are you for this weekend’s episode?” Madhuri captioned the snippet.

The video caught the attention of a barrage of users who rushed to the comments section to express their love. Celebrity Stylist Ami Patel wrote, “So cute.” One of the fans wrote, “Love love love it”, while another one said, “Can’t wait for this episode.” A third one penned, “You look so beautiful ma’am.”

On the work front, Vicky will next feature in Shashank Khaitan’s Govinda Naam Mera with Bhumi Pednekar and Kiara Advani. He also has Meghna Gulzar’s Sam Bahadur in his pipeline. On the other hand, Madhuri was last seen in Maja Maa. She is currently co-judging the 10th season of Jhalak Dikhla Jaa with Nora Fatehi and Karan Johar.