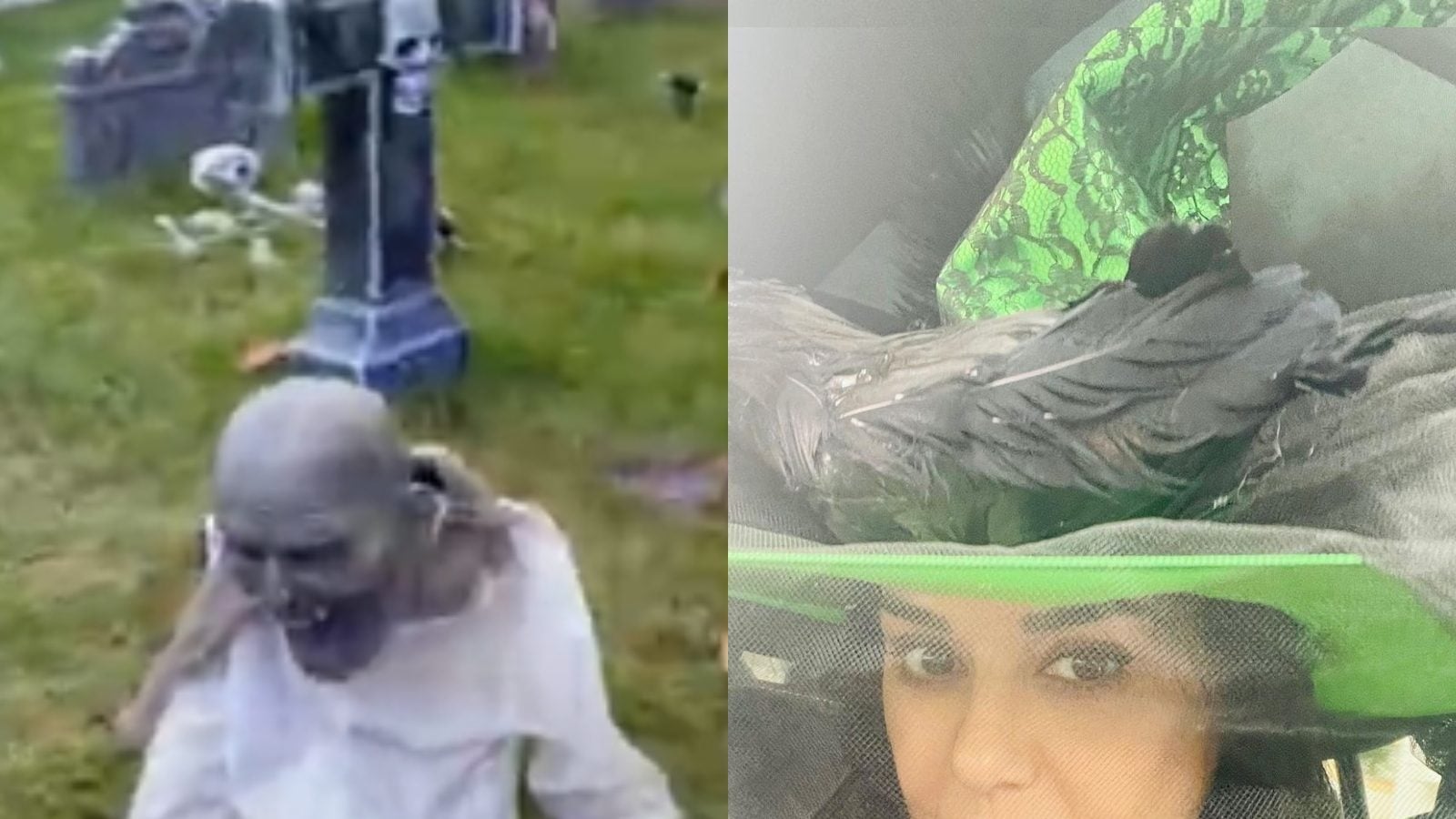 
Every time Preity Zinta posts a picture on social media, she makes us giddy with joy. This year, Preity’s Halloween celebrations were quite different as the actress along with her husband Gene Goodenough decided to take their children around Los Angeles’ neighbourhood instead of throwing a Halloween party. Going by her post, Preity’s twins surely had a blast looking at scary decorations around and indulging in trick-or-treating.

In the video uploaded by Preity, the scene looked straight out of a horror movie. The house they visited were covered with Halloween memorabilia such as ghost costumes, zombies, graveyard tombs, skull decorations, and unique Halloween-approved decorations. Appreciating the same, Preity shared in her caption that “everyone was dressed up and the kids were having a blast collecting candy as they went to various houses.”

In a similar vein, the Veer Zaara actress greatly appreciated one such decorated house and how the members indulged her kids with tricks or treats. She further added: “Halloween is so awesome. My little pumpkins were so fascinated with their first Halloween,” she said.

Fans poured love in the comments section. Deanne Panday said, “Wow PZ wish I was there with Alanna and you all. It’s such a cool Halloween there!”. Sussanne Khan too commented, “Babe, uff wish we were there!” along with heart emojis.

Preity, who remains a popular celebrity in India, spends most of her time in Los Angeles where she resides with her husband, son Jai Zinta Goodenough, and daughter Gia Zinta Goodenough, who are identical twins.

Last year on Halloween, Preity turned into the perfect golden girl and dressed up as the evil character from Disney named Maleficent.

On the work front, after a long hiatus, Preity is all set to make a comeback with the thriller The Kitty Party created by her, as per a report in Variety magazine. She told the same publication, “The Kitty Party” is a female-driven murder mystery that moonlights between being a dramedy and thriller. Too early to comment more except that we cannot wait to get started. I’m sure we will have as much fun filming this as we had to put it together.”